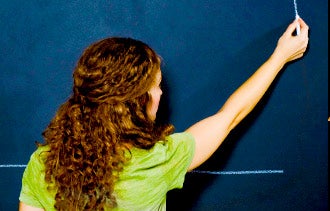 In an age of unemployment and economic uncertainty, being your own boss isn't just appealing--it's also practical. Getting schooled in entrepreneurship is the first step on the path to going it alone. The Princeton Review ranks the top 25 undergraduate and top 25 graduate entrepreneurship programs offered at U.S. institutions, providing a snapshot of the best schools at which to begin the choose-your-own adventure.

The ranking is compiled using survey data from more than 2,000 colleges and universities and is based on the following questions and methodology.

Academics and requirements:
Schools were asked if they offer an entrepreneurship program, major or minor and to specify the total number of courses offered, as well as the type. Other academic requirements that affect the ranking include the availability of internships, externships, experiential and cooperative learning and consulting opportunities for small-business owners.

Outside the classroom:
Schools were asked whether they have partnerships with other schools that allow access to their entrepreneurship programs, as well as the number of officially recognized clubs and organizations for entrepreneurship students and the budgets for such clubs. Other questions concerned the scope of entrepreneurial scholarships, noncurriculum-based entrepreneurial activities and official mentorship programs available to entrepreneurship students. Schools were also asked if they host an annual business-plan competition and the amount of the prize, as well as the total amount of prize money won at any competition in which their students participated.