4 Ways to Build a Culture of Innovation at Your Startup

By Neil Parmar November 22, 2012
Opinions expressed by Entrepreneur contributors are their own.

How to position your business for innovation may not be your top start-up question, but it should be.

Giant brands like the tech-titan Google and the ad-powerhouse Ogilvy & Mather are shifting the way they conduct business -- and their experiences are providing valuable lessons for smaller ventures on how to grow.

Executives at these companies, as well as the branding agencies SapientNitroand Edge Collective, recently shared tips with businesses on how to keep ahead of the competition at a symposium in New York City called ExpandMyBrand.

Here are four ways the execs suggest to foster innovation: 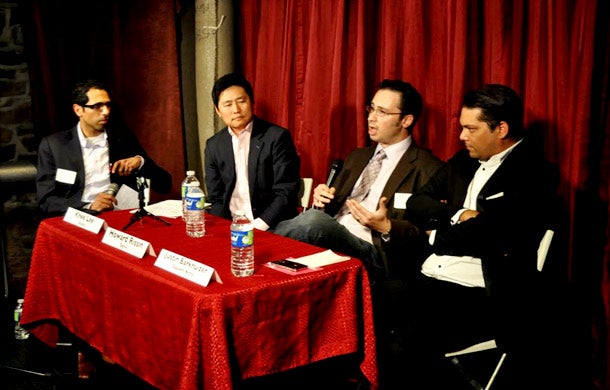 1. Position yourself as a partner, or find one.
Big businesses are often slow to react to new technology and other innovations. Both TripAdvisor and Amazon.com have suffered from complaints over people allegedly posting fake reviews to either bolster or bring down the rating of certain hotels or books. But some well-known brands are increasingly working with smaller partners, such as software or social-technology firms, to compensate for these kinds of failings.

Ogilvy’s RedWorks division, for instance, harnesses a global network of production and design teams who work in both traditional and digital media. It is set up as a “tactical group, where we’re no longer concerned with owning the development or creating something from scratch,” explained Howard Rissin, director of digital consulting at Ogilvy and interactive project manager at RedWorks. “What we’re looking for are the partners that have… a toolbox of solutions that we can turn to our clients and say, ‘we’re ready to go.’” 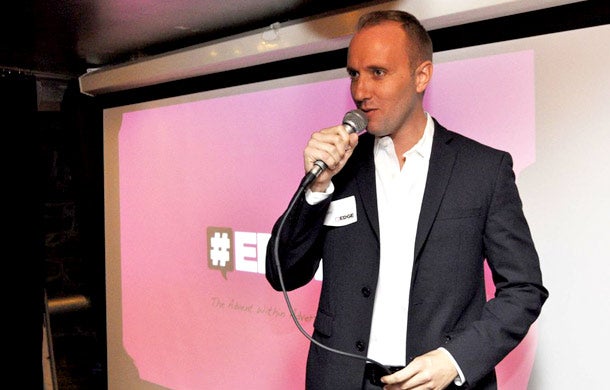 2. Cultivate ‘intrapreneurs.’
Frankly speaking, failure sucks, as Ryan Aynes knows all too well. The serial trep once started a film-development and distribution company, as well as a social network for nonprofits. Both showed signs of promise but eventually sank. “Most of my businesses actually all flopped,” said Aynes, who for nine months after shuttering one of his businesses was homeless and slept on the floor of a YMCA.

Yet he hasn’t given up. Aynes’ latest venture is a social-media agency and tech incubator in New York City called the Edge Collective, which organized the ExpandMyBrand symposium. In four months, the agency has attracted eight clients and doubled employee growth, a feat Aynes attributes, in part, to giving his workers more creative freedom, the flexibility to complete their work in different environments and seeing them as “intrapreneurs” capable of innovating his business.

3. Change the workplace.
How, exactly, do owners of small startups and big businesses alike provide the right kind of environment for innovation? Ogilvy has tried to foster this, physically, by keeping an open office space with no walls, said Rissin.

Similarly, the majority of workers share offices at Google, which was named the top place to work by Fortune Magazine this year. “The most important thing about Google is its culture,” said Khee Lee, head of agency-business development at Google, where he’s worked for seven years. “We do have a very maniacal focus on innovation.”

To wit, Google maintains its now famous 70/20/10 rule for spurring innovation. Lee said the philosophy can be adopted by businesses of all sizes and is primarily used today by Google’s engineers, where 70 percent of their time is focused on their core job. Twenty percent -- that is, one out of five days -- can be focused on potential projects, and 10 percent of employees’ time can be focused on crazy ideas like building an elevator to the moon, which was actually an idea someone suggested, Lee said. Less crazy was the idea for Gmail, which arose from the 20 percent sliver of time that Google bosses gave their workers to play with.

4. Outsource innovation.
Justin Barkhuizen, a senior strategist at the global-marketing firm SapientNitro, proposed an alternative kind of work environment for fostering innovation. He suggests taking a page out of the military’s playbook by having a “hierarchical command center” that keeps employees “on purpose and on point.” While Barkhuizen also advocates creating empowered teams that actually get the work done, he recommended outsourcing areas where a business is struggling to be creative and then absorbing the info in-house to innovate on later.

How do you spur innovation at your company? Let us know in the comments section below.