With a truly innovative idea and a bulletproof pitch, you just might be able to turn your entrepreneurial dreams into finished products on the popular crowdfunding site Kickstarter.

Since its 2009 launch, Kickstarter has helped ambitious innovators raise more than $350 million for some 30,000 projects. We spoke to the creators of three of the most innovative tech projects on Kickstarter right now about how they got started and how to develop a successful crowdfunding campaign. 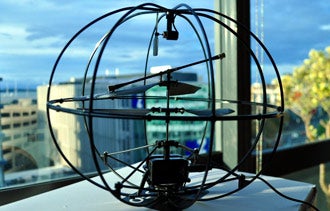 Puzzlebox Orbit is a toy helicopter its creator says is controlled by human brainwaves to be marketed to consumers. "When you concentrate, up it goes," says Steve Castellotti. "When you mentally relax, it comes back down again."

The customizable educational toy comes with its original software source code and hardware schematics, plus teaching guides. "Sure, it's a fun toy first and foremost," Castellotti says. "But once the initial novelty wears off, it doesn't have to end up at the bottom of the toy box. It's yours to take apart, put back together and reinvent, all while improving your relaxation and concentration skills." Users can take the toy apart and build their own modified flying creations, he says.

So far, the project has collected more than six times what Castellotti expected. "We priced our funding goal out so that we would break even, but with all of the funds that far exceeded [our goal], we can invest in hiring new staff and developing our next projects," he says.

Crowdfunding tip: Get attention.
"Start publicizing your project as early and often as possible," Castellotti advises. That means early exposure to media and industry influencers can help your project become well-positioned on Kickstarter. 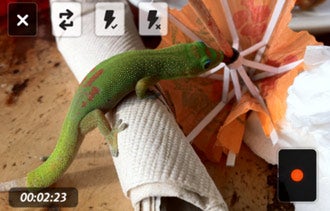 Called 1 Second Everyday, this proposed iOS app would let people quickly and easily record chronological movies of their lives. It splices together one-second video snippets they capture every day on their iPhone.

"1 Second Everyday makes it easy to look back on any given year of your life and relive it in a way that's instantly absorbable and easy to reflect upon," says creator Cesar Kuriyama. The visual effects artist and TED speaker says recording a single moment daily can encourage people to make each day count.

Kuriyama was inspired to create the app after he quit his advertising job to travel the world for a year. Using his iPhone camera, he recorded his adventures in one-second daily vignettes. For example, he captured images of playing miniature golf with friends, walking up to a stage to deliver a TED talk, and paying his final respects at a funeral. "When I turn 40, I'll have a one-hour video that encapsulates my 30s," he says. "If I live to see 80 years of age, I'll have a five-hour video that summarizes 50 years of my life."

Kuriyama says he needs to reach his funding goal to complete the app, now in the final stages of development. In the meantime, he's working on an Android version of the app.

Crowdfunding tip: Make it personal.
Kuriyama recommends conveying your project idea on a personal level. "Try to lend a warm, human tone to your project descriptions and videos, almost in a way that makes people feel like they are talking with you," he says. 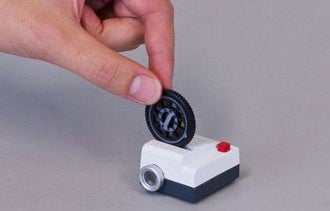 Projecteo is a matchbox-size analog photo projector that projects 35mm slide film versions of your Instagram images onto any surface. To have slides produced, Projecteo users would log onto a companion Projecteo website to choose the Instagram images they would like added to their Projecteo slide reel. The slides would then be shipped by regular mail.

Creator Benjamin Redford says he's most interested in rewarding people in the physical world for things that happens in their virtual worlds. Projecteo does that by "blurring analog and digital technologies with a bit of back-to-the-future engineering," he says.

Redford was inspired to design Projecteo after he discovered an old slide projector at a London flea market. He wanted to share images from the bulky projector with his friends but didn't want to lug it around. "So I set out to see if I could miniaturize the projector with modern electronics and get my Instagrams developed onto slide film. It turned out that I could, and Projecteo was born."

Crowdfunding tip: Be nice to your backers.
Respond to your backers quickly, politely and honestly, Redford advises. "These guys are your investors," he says. "Embrace them with loving arms, and they'll become your greatest asset."

Related: Rock The Post's Tanya Prive on the Future of Crowdfunding