The Business of Helping Less-Fortunate Entrepreneurs Start Up

By Neil Parmar January 10, 2013
Opinions expressed by Entrepreneur contributors are their own.

In some business competitions, a company’s social mission may be just as vital as its market size and propensity for success. This year’s Yoshiyama Young Entrepreneurs award winners might argue that helping other entrepreneurs succeed is a key factor too.

For the past three years, the Hitachi Foundation-sponsored program which offers up a $40,000 grant and leadership training to awardees, has supported start-up founders who create long-lasting economic opportunities for low-income Americans. But this year’s winners have begun focusing on helping low-income treps, in addition to creating new business opportunities for themselves.

Here is how some of the Yoshiyama Young Entrepreneurs Program participants are trying to help less-affluent entrepreneurs take their companies to the next level: 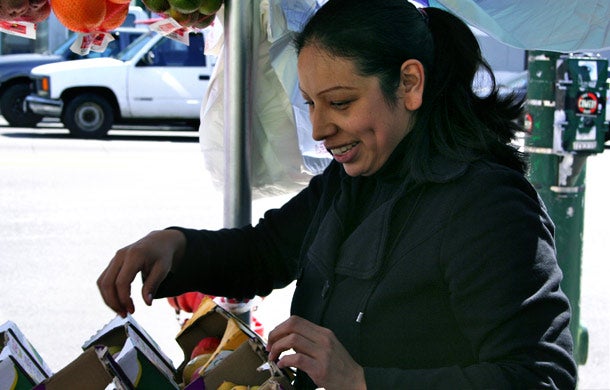 Maria Mendoza Fuentes used to sell produce from an unlicensed stall, until she learned of a start-up called Neighbor Cart.

Whether it’s apps or apples, products and their prices need to be tailored for specific customers. That business lesson is one that John Piercy spends a lot of time extolling. The 32-year-old founder of Neighbor Carts, a Chicago-based venture that leases professional looking carts and provides licensed permits to local-produce vendors, has coached the seven vendors who’ve signed up for Neighbor Carts to pick produce that’s particularly popular in certain neighborhoods.

One of those vendors, 27-year-old Maria Mendoza Fuentes, for instance, serves many Hispanic customers, so she has chosen to sell squash, prickly pears, jalapenos and green tomatoes. The apples she once sold in batches of three for $2 now go for just $1 to keep inventory moving. Piercy also encourages Fuentes and other vendors to maximize their profit margins by selling seasonal fruit. Since implementing these strategies, she’s doubled her daily sales from $200 to $400. 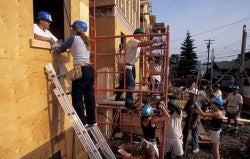 Bould is a start-up that provides green building training through a partnership with Habitat for Humanity in a handful of states, including Michigan, North Carolina and Illinois.

Shane Gring struggled to find an industry job after he finished a program studying architecture. That’s when he decided to volunteer and help build energy-efficient homes through Habitat for Humanity. Soon after, the now 26-year-old asked the nonprofit to partner with Bould, a Boulder, Colo.-based continuous education business he co-founded two years ago. Its 50-hour EverbuildPro course teaches students -- including entrepreneurs -- about green-building design and offers hands-on construction experience.

This crucial partnership in states such as Michigan, Pennsylvania, Illinois and North Carolina has saved Bould the expense of paying for trainers and building new homes on its own. “We use existing staff and existing projects [from Habitat for Humanity], and just imbue our educational content over the project as a way for them to work on a local level,” says Gring. So far, Bould has helped build 25 homes and trained 200 people, who paid $600 to $800 each in tuition. It is now working with schools and universities to expand its reach to a wider base of students. 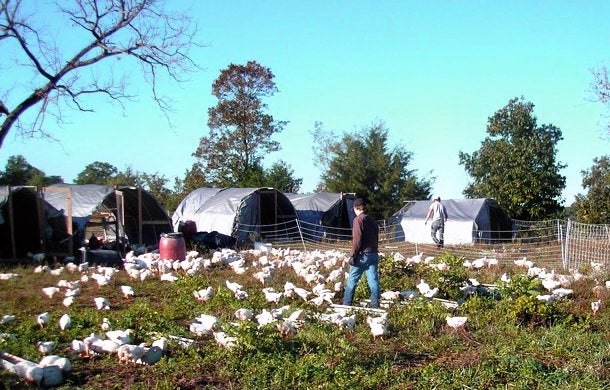 Cody Hopkins left rural Arkansas to study physics in college, but he missed the small-town life. He also wanted to try his hand at farming -- and teaching farming concepts to others. So, he and his wife moved back from the Northeast and began visiting and working on farms, where he learned about livestock production and agricultural accounting. He also learned about creating marketing and distribution channels for local farmers. “We had to go out and educate ourselves,” Hopkins, 33, says. “We wanted our farm to be a demonstration farm to teach young, beginning farmers.”

Then, four years ago, Hopkins and his wife launched Falling Sky Farm in Marshall, Arkansas. Falling Sky Farm, whose annual sales have climbed from $65,000 to $250,000, aims to be both environmentally and socially responsible and employs local residents at more than 35 percent above the minimum wage. “We’ve had a lot of interns and are looking to create an incubator program to allow first-generation farmers to start out on our farm, launch their business and help them find financing,” Hopkins says.

How are you lending a hand to fellow entrepreneurs? Let us know what you’re up to in the comments section.