Entrepreneurs Take on the World -- By Cruise Ship

By Kristin Luna January 21, 2013
Opinions expressed by Entrepreneur contributors are their own.

Editor's Note: This post marks the first in a short series we're featuring on the Unreasonable at Sea program. Stay tuned to YoungEntrepreneur.com for more updates.

In today's ever-changing tech landscape, accelerator programs are a dime a dozen -- but few allow its participants to circumnavigate the globe while learning from some of the sharpest minds in their respective fields.

For this seafaring session, young-tech entrepreneurs can participate in Unreasonable at Sea, a 100-day business accelerator program that involves traversing 12 different countries while gaining keen startup advice from mentors the likes of Archbishop Desmond Tutu and WordPress founder Matt Mullenweg.

The inaugural program, which is a joint venture between the Unreasonable Institute and Stanford's d.school, set sail from Ensenada, Mexico on Jan. 9. The 11 startups, comprised of 26 entrepreneurs, along with 627 Semester at Sea college students will visit Hawaii, Japan, China, Vietnam, Singapore, Burma, India, Mauritius, South Africa, Ghana and Morocco. And though the voyage will end in Spain on April 25, we'll bring you updates from onboard, as we check in periodically with three startups along the way. (See below for a write up of each startup we're following.)

Related: How Silicon Valley's Glow Shines Beyond Its Borders

The brainchild of 27-year-old Daniel Epstein, founder of the Unreasonable Institute, a startup accelerator in Boulder, Colo., Unreasonable at Sea endeavors to solve intractable social and environmental challenges.

"It's a wonderful mixture of insanity and incredible. I have no set expectations," says Pascal Finette, director of the innovation group at Mozilla, who will serve as a mentor in the program. "There are some amazing companies aboard and I'm mostly curious to hear the craziness Daniel can come up with."

The idea for the journey came to Epstein by way of his own collegiate voyage at sea. In 2007, Epstein enrolled in Semester at Sea, a study abroad program sponsored by the University of Virginia that is celebrating its 50th anniversary this year.

Related: Crisscrossing the Globe In the Name of Entrepreneurship

The premise of the program held that college students living side-by-side on a ship for the duration of an academic term would then be better equipped to learn in a "Jeffersonian" environment. Participants took classes for school credit while at sea with professors from a plethora of universities across the globe. Then they apply what they've learned to field labs while in various international ports. (Stops range anywhere from one day to one week.)

"When you go into port, you see the same thing happening in every single country -- a lack of access to clean water, malnutrition, whatever it might be," Epstein explains. "And [Semester at Sea] gave me a desperate desire to do something about it."

Unreasonable at Sea's route will span 106 days, 16 cities, 12 countries and 24,000 nautical miles. For the next four months, here are the three startups we'll be regularly checking in on: 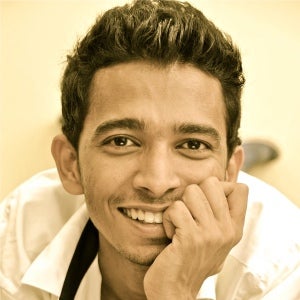 Deepak Ravindran, Innoz
What Innoz does: According to the 24-year-old Ravindran, his company functions much in the way that Google's "I'm feeling lucky" button does — only, users can find out the answer to whatever ails them in a matter of seconds via their non-smartphones. "Seventy percent of the world's population use mobile phones, but only 21 percent of those have internet access on their devices," he says. Innoz utilizes SMS technology as a "channel of information" to provide internet service to people all over the world, both one-time queries and regular subscribers. Currently, the India-based tech company has 120 million users across the world and answers anywhere from five to 10 million queries per day.

What he's most excited about: "Visiting Ghana and South Africa. I would like to own the African mobile market -- that's a place that has a lot of people using mobile phones." 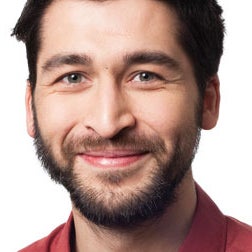 Cesar Harada, Protei
Why Protei is relevant: This open source, shape-shifting sailing robot, or drone, is in the prototype phase and has the potential to revolutionize ocean science by cleaning up oil spills, plastic and radioactivity. Throughout the voyage, Harada, 29, will be collecting various instruments to make measurements at the sea, as well as developing his own. "We are starting a new company from scratch and so for us, we have a blank page," says Harada. "The way I see it is to really think innovation for the environment."

Why he's a good fit: "Normally, a company's priority is to make money. The people are just a workforce and the environment is secondary. We want to prioritize environmental groups and our environmental return." 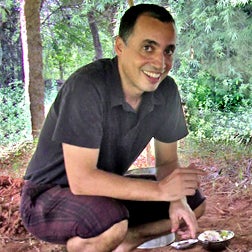 Mouhsine Serrar, Prakti Design
What Prakti is all about: The first efficient cookstove enterprise is designed for women in developing countries who currently pay for fuels such as charcoal and wood. Prakti's products aim to help reduce these consumers' fuel costs. And since the company's products claim to reduce harmful gas emissions by 60 to 100 percent, Serrar, 39, hopes to contribute to a greener global environment, as well as trim the number of deaths and diseases spawned by smoke inhalation.

Kristin Luna is a Nashville-based journalist who has written travel and news features for Newsweek, Forbes, Redbook, Self and countless others, as well as several guidebooks for Frommer's. Kristin previously sailed with Semester at Sea in 2011 as the assistant field office coordinator. You can follow her global exploits via her award-winning blog Camels & Chocolate.