Are Your Eyes Bigger Than Your Budget? 3 Tips to Rein in Your Startup Costs

By Neil Parmar March 27, 2013
Opinions expressed by Entrepreneur contributors are their own.

For some young entrepreneurs, the draw of success and all of its trappings -- a fancy office space, catered lunches, Ping-Pong tables -- can be so seductive that waiting for actual success to arrive can be excruciating. So they don't, and their burn rate quickly balloons.

Of course, this doesn't have to be your problem. Many entrepreneurs who are in the early stages of developing their ventures note that there are ways to boost productivity and cut costs -- without jeopardizing the quality of a product or service.

Some of their tactics are unconventional, such as ditching the corporate digs in favor of programming in their PJs at home. Other strategies are surprisingly simple, though often overlooked.

Here are three tips for starting up on a budget and sticking to it: 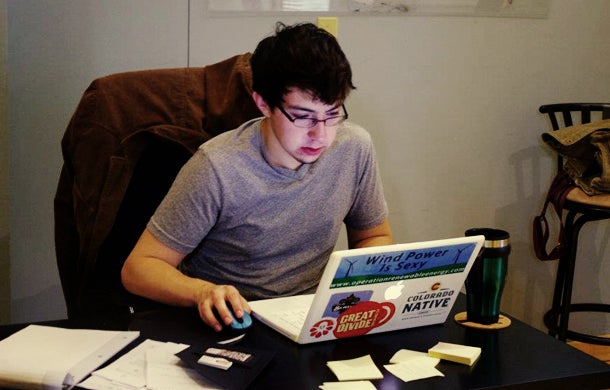 Matt Jones, 24, found productivity increased at his venture QRlicious, after employees started working from home a few days a week. He has also turned to sites such as Stripe, PayPal and PeoplePerHour to cut his overhead costs.

1. Swap the office chair for the couch. Life as a startup co-founder really set in for Matt Jones last October, once he hired his first employee and moved into his Denver, Colo., office. The 24-year-old started paying rent.

Related: Starting Up Under One Roof: A Look at the Surge in Residential Incubators

At a little less than $1,000 a month, office space wasn’t exactly cheap for QRlicious, which makes colorful, customized QR codes. But more frustrating was that, as the employee base at QRlicious expanded, productivity plummeted. “As we grew, we noticed each employee’s work did not get done, it decreased,” says Jones.

So it was time for an experiment. Jones and his business partner asked their employees to start working from home two to three times a week. “Every day that people worked from home they were a lot more productive,” says Jones. “It was almost as if people wanted to get their work done to [then] get their daily things done at home.” Within six months, QRlicious got rid of its office. It now gathers its 10 employees virtually for training sessions or meetings via Google+ Hangouts, while taking orders and making payments through PayPal or Stripe.

2. Get free advice from more established resources. Line up informational meetings with people in your industry. For example, as the head of North America for Solidaridad Network, a group of organizations that promotes fair and sustainable supply-chain management, Andreanne Grimard regularly speaks with young, socially-minded entrepreneurs. She advised one young trep recently who she says yearned to become a socially responsible coffee supplier by finding and certifying farms that are free of child labor. A noble corporate cause perhaps, but one that is ultimately unnecessary, some argue.

Related: How Informational Meetings Can Expand Your Network and Influence (Video)

“I said you should not do that because there are already tons of existing labels out there, so companies are already buying into them,” says Grimard. “Leverage one of those, and you don’t have to reinvent the wheel.”

3. Harness existing infrastructure. Rebecca and Buck Schleifer could have spent a significant sum creating back-end technical support for a site they recently launched called Share Your Wish. The couple’s site, which helps people donate to charities on behalf of a child who’s celebrating their birthday, also pools a portion of funds together so the kid still gets to nab one nice toy instead of getting a bunch of crappy ones they may never play with.

Related: How to Operate in All-Out Survival Mode as a Young Entrepreneur

“It was a very simple idea that had gotten very complicated,” says Buck, who lives with his wife in Sleepy Hollow, N.Y. Instead of finding a computer programmer to digitally link up their site with numerous charities, the Schleifers found an existing service First Giving, which facilitates making the donations. “And we’re using Amazon.com as a gift provider. They have the back-end ability,” says Buck.

What strategy have you used to increase productivity or reduce overhead costs in your office? Leave a comment and let us know.