Starting a business can be exhausting, exciting and exhilarating--all at the same time. This is precisely why it's refreshing to hear words of encouragement from those who have done it before--and succeeded. We spoke with entrepreneurs we admire to cull the single best bit of startup advice they could muster--and the experiences that led to it. They're simple mottoes, to be sure, but their impact can be tremendous.

So said a stranger to Jeff Curran, founder and CEO of Curran Catalog, a high-end home furnishings company in Seattle, more than 20 years ago. 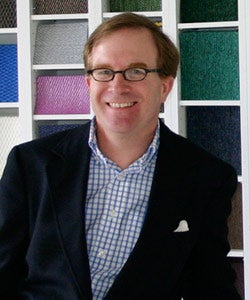 The two men were sitting next to each other on a cross-country flight, and Curran, then 25, had just broken into the catalog business. They got to talking, and Curran spilled his idea for a startup while his neighbor interjected with devil's-advocate questions. When the plane landed and the two rose to claim their bags from the overhead bins, the stranger finally opened up his can of insight. Those three words inspired Curran to pour $15,000 of his own cash into launching his company, which has grown into a profitable B2B and B2C brand.

"After that plane flight, I'm sitting in the bathroom at my parents' house and I pick up [a financial] magazine, and this guy was on the cover," remembers Curran, now 47. Turns out the man was mutual-fund maven Mario Gabelli.

Curran still lives by Gabelli's advice. Earlier this year, after learning about profit margins in the high-end car-accessories business, Curran Catalog launched a new product line: designer flooring for collector and European automobiles. "There is such a thing as overthinking a big decision," Curran says. "Sometimes you just have to get it done."

"Let your customers lead the way."

Anupy Singla never intended to build her business around this philosophy, but the more she looks back on the history of Indian as Apple Pie, her Chicago-based Indian food-products business, the more she credits customers with driving her strategy. 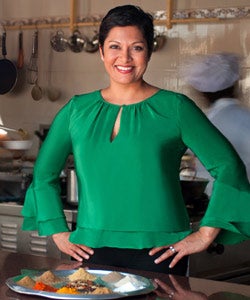 Exhibit A: When Facebook followers complained they were having trouble finding certain Indian spices, Singla equipped her company to buy those spices from manufacturers and offer them for sale. Exhibit B: After friends and neighbors asked her to show them around Chicago's Little India, Singla began hosting intimate tours of the shops on Devon Avenue for $50 per person. Even her Spice Tiffin, a modernized version of a traditional Indian storage container for spices, went to market at the behest of customers.

"The point of view for this company is to make Indian food easy and accessible," says Singla, who was born in Chandigarh, India, and immigrated to the U.S. with her parents when she was a child. "If customers are saying they want certain things, it's up to me to give them what they want."

Singla's ultimate goal is to sell her products in retail stores across the country. Until then, however, she plans to leverage her responsive customer base to test-market products and see what sticks. "If something isn't right," she says, "they'll let me know." 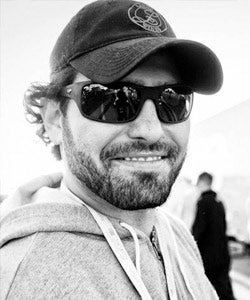 "It's all about passion."

On some level, especially on the ledger sheets, Corey T. Nyman's fledgling wine label, Labor Wines, is about dollars and cents. But the Las Vegas resident prefers to focus on a more powerful force driving his business: his love for the work.

For Nyman, Labor Wines is the culmination of 20 years in his family's hospitality and food-and-beverage consulting business, and of more than a decade fantasizing about making and selling his own Oregon wine.

"I experienced Oregon wine country on numerous visits in 2002, and the place touched me in a way nothing else ever has," he says. "Since then all I've wanted was to give something back."

I'm starting an Oregon winery living in Las Vegas. If that doesn't scream passion, I'm not sure what does.--Corey T. Nyman

To bring his dream to life, Nyman turned the traditional winemaking model on its head. Instead of investing in land--a move that would have required a huge capital investment--he and a business partner work with growers to buy grapes from specific sections of specific vineyards, then pay those same growers to make wine. Production is small, but thanks to Nyman's connections with restaurateurs and distributors nationwide, Labor wine is available in more than 35 states.

"I'm starting an Oregon winery living in Las Vegas," Nyman says. "If that doesn't scream passion, I'm not sure what does."

"No simply isn't a choice."

Above all else, this was the mantra that got Leo Rocco through his toughest times on the way to founding GoPago, a San Francisco-based mobile payment company that last year received millions of dollars in funding from JPMorgan Chase. Before the big deal, Rocco had dumped $500,000 of his own money into the company, maxed out his credit cards, endured three years without a paycheck, fielded numerous eviction notices and pivoted his business three times. 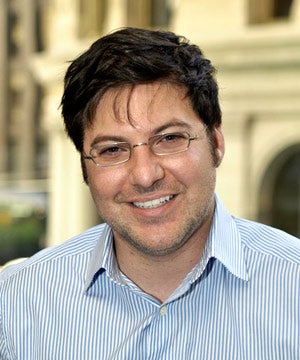 "I was on fumes," admits Rocco, who spent years working for IBM's Rational Software group before striking out on his own. "It takes an amazing amount of resolve and mental strength to continue doing what you're doing and fight the self-doubt that inevitably creeps in, but when you truly believe in the business you're creating, there's just no other way to do it."

Rocco boasts that his penchant for perseverance likely came from his parents, Italian immigrants who came to the U.S. with nothing and built a successful tailoring business in Buffalo, N.Y.

"They taught me that if you get knocked down, you get back up; if someone stops you from driving forward, you find another way to get to where you want to go," he says. "When failure isn't an option, you promise yourself you won't fail. It's not crazy. It's hard work."

Mike Masnick, founder and CEO of Floor 64, an insight and consulting company based in Sunnyvale, Calif., admits this advice might be a bit "wonky" for certain circles. But for Masnick, whose company has nearly a dozen revenue streams, it speaks volumes. 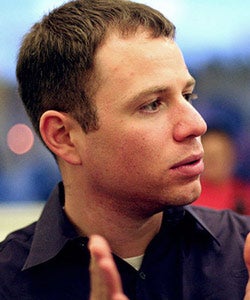 Floor 64 manages two insight platforms: Techdirt, a technology and business analysis blog, and the Insight Community, a marketplace for connecting companies with a diverse community of expertise. Add to the mix competitive market analysis for businesses in a variety of industries and an effort toward improving government policy on privacy and intellectual property, and the firm dabbles in a bit of everything.

"There's no reason why any particular business can't have half a dozen business models all working together simultaneously," he says. "Think of it like an investment portfolio: You wouldn't put all of your money into a single stock, so why on earth would you do that with your own company?"

The crux of Masnick's advice: No matter what, keep innovating. Generally speaking, this requires a fundamental understanding of what benefits your market is seeking, and a commanding grasp of technology and technological change.

"By innovating and providing increasing benefits to your customers," he says, "you no longer have to worry about competitors 'catching up,' since you're always leading."

As founders and CEOs of San Francisco-based Little Passports, an educational monthly subscription company for kids, Amy Norman and Stella Ma remind themselves of this often. 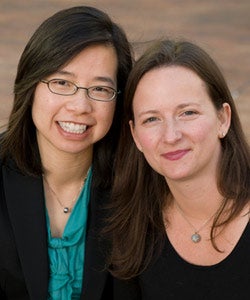 The two met in 2004 while working high-powered jobs at eBay and became best friends. When they left to launch Little Passports in 2009, they recognized that they were in for a new challenge--one that could potentially shake the friendship to its core. Since then, however, they have managed to succeed through a commitment to candor.

"We have found it important to be honest with each other and communicate," Ma says.

Adds Norman: "Before we started the company, we talked about how we'd handle certain disagreements; this way, when we have them, we get our perspectives out in the open, talk them through and move on."

Trust also helps, which is why Norman and Ma opted to share the CEO title. Each woman has the power to act on behalf of Little Passports individually; if one needs to tend to her family during an important business meeting, the other can represent the company solo. They like to think of themselves as interchangeable. "Without trust," Norman says, "that would never fly."

"Be open to anything."

Without this line of thinking, it's hard to imagine where Wicked+ would be today. For years, it was a typical marketing and branding agency, operating out of a 500-square-foot storefront on the main drag in Hermosa Beach, Calif. 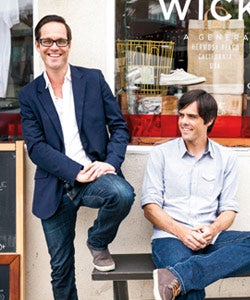 Up for anything: brothers Brian (left) and Colin Cooley of Wicked+.
Photo© Marc Royce

Passersby, thinking the space was a shop, often would come in to inquire about buying things they saw through the window. Gradually it occurred to founding brothers Brian and Colin Cooley that they should expand their operations to include retail.

Today the agency's modest store carries a handful of products from local businesses, including commuter bicycles, safety razors, Chemex coffeemakers and T-shirts. At any given moment, the brothers might go from writing a video script to selling a bag of coffee.

"I never imagined we'd evolve Wicked+ into a retail brand," Brian says. "But we saw the opportunity and made it happen."

He describes the strategy as a "small bet," noting that he and Colin could have invested big in tricking out a retail operation but instead opted to test the waters gradually. Now that the duo has seen that the shop can be successful, they're contemplating a bigger wager: expanding to a larger space. "We want to grow," he says, "but we want to do it organically."

How to Turn Your Idea into a Business