By Brian Patrick Eha October 23, 2012
Opinions expressed by Entrepreneur contributors are their own.

Launching a business from the ground up is hard, but buying an existing one can require far more effort.

Just ask Seth Rosen and Mike Salguero. In 2009, the twentysomething college buddies from Boston University decided to pull up stakes from careers in real estate and become the co-owners of a successful but underperforming e-commerce site: CustomMade.com.

Though the site reeled in roughly $750,000 in sales annually, Rosen and Salguero were picturing something more interactive and self-sustaining. In Rosen's words: "A world where these small- and medium-sized businesses can make anything and send it anywhere and manage their business from their phone."

But how to make that happen was the big question. Like many young entrepreneurs entering the tech space today, he and his partner didn’t have solid technology skills. Though they both hold MBAs, the particulars of revamping a website were foreign, Rosen adds. "We were completely and uniquely unqualified to pursue a consumer internet business."

But try they did. The young entrepreneurs' first order of business was to open the site to custom makers of all kinds, from jewelers to ceramicists. Although they left much of the site architecture as it was, they grew the user base significantly. Then, in 2011, investors began to take interest. That year, Rosen and Salguero raised a combined $2.1 million from Google Ventures, First Round Capital and private investors.

They put that windfall to work transitioning CustomMade from a business that sold marketing services -- charging makers a monthly membership fee -- to an e-commerce business that facilitates transactions between makers and consumers. In other words, the site, which is based in Cambridge, Mass., now connects people who want something designed especially for them -- a piece of furniture, a chef's knife, a ring -- with artisans who can bring that special something to life.

Related: How to Turn Your Startup into the Next Campus Craze

"We got into the boat with our makers to work with them," Rosen says. He adds that today, the site serves an army of young creatives -- 2,700 so far -- giving them a national presence and allowing them to turn a profit with their independent businesses. CustomMade itself isn't doing half bad either. Rosen projects that the site's annual revenue will hit $10 million this year.

It’s clear that customers like the concept that -- unlike Etsy, which sells pre-made items -- asks artisans to make the items they want on commission. But the site’s owners say one of the keys to their success has been their commitment to quality control. The site's staff screens all potential new makers and actively recruits those whom they would like to see offering their services on CustomMade. 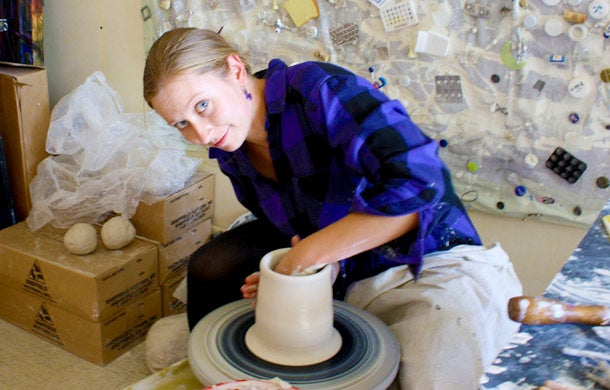 One of CustomMade's makers is Sara Lynch, a multimedia artist. Living in the small town of Potsdam, N.Y., she has to look outside her community for customers. Fortunately, says the 28-year-old Lynch, "if you do something really weird and people find out about it, other people who also want weird stuff will find you."

Related: Picked the Wrong Major? Here’s How to Pivot Into Entrepreneurship

For the past six years, she worked part-time at a daycare to make ends meet, but thanks to CustomMade, which she joined in February after getting a recruitment email, she's finally making enough money from her art to quit. She turned in her two weeks' notice earlier this month. 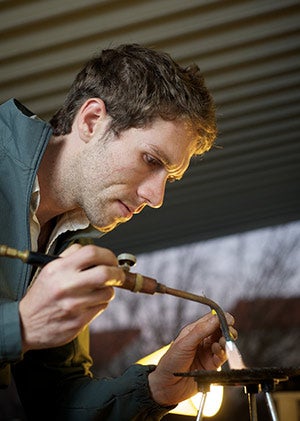 Austin Moore, a 29-year-old custom jeweler in Atascadero, Calif., has also seen a significant increase in business since joining CustomMade. A member since January, he now receives 40 percent of his work through the site.

Although he still sells ready-made items through Etsy, his personal website Earthart Gems and Jewelry and other venues, Moore says CustomMade allows him to "stretch his legs" and take on higher-end projects. According to Etsy’s own stats, the average transaction on the site runs $20, while on CustomMade, it's more than $1,000. The difference, in Rosen's words: "You'd go to Etsy if you wanted to get your wife a nice knitted scarf that was already made. You'd go on CustomMade if you wanted to buy her a fifth anniversary present."

Related: What the Founder of Travel Site Trippy Can Teach You About Entrepreneurship

For Rosen and Salguero, their site represents a real alternative to traditional-retail sites. "When you start spending more than a few hundred dollars, you really want to have a relationship with the maker and make sure that you're going to get what you want," Rosen says.

Indeed, that direct customer-artist relationship is where both Lynch and Moore say they get the most value. "When the right customer meets the right maker, you're going to end up with a beautiful product," says Moore. "And that's what CustomMade is all about."

How were you able to overcome a lack of technical skills when you started up? Let us know in the comments section below.