By Brittany VanBibber and Justin Snyder January 31, 2014
Opinions expressed by Entrepreneur contributors are their own.

With food substitute Soylent set to ship next month, trucks offering up every type of cuisine taking over cities and cooking-subscription services making their way in homes, it is fair to say food startups are heating up. And New York City is on the forefront with its own kitchen incubator, Hot Bread Kitchen.

From the outside, the storefront of this Park Avenue incubator displays a welcoming, homey counter filled with fresh baked breads from various cultures including Jewish challah bread, Armenian lavash crackers and Moroccan m’smen. But what looks like a simple bakery is actually a thriving culinary-training program and business incubator that has inspired and supported diverse food companies -- from artisanal ice cream makers to exotic ethnic cuisines.

Though New York City hosts many independent bakeries, this East Harlem-based nonprofit with six employees stands out for its ability to connect small-time food entrepreneurs with big name markets and stores.

Related: Food and Beverage Trend for 2014: The Rise of Craft Distilleries

We asked three different entrepreneurs from Hot Bread Kitchen to share their insight on what it's like starting up a culinary business. Here are their edited responses. 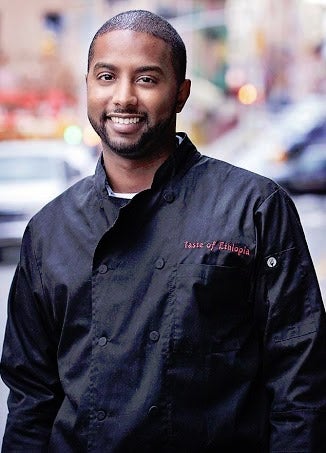 Thirty-two-year-old Hiyaw Gebreyohannes's startup Taste of Ethopia was one of the original Hot Bread Kitchen members -- and one of the most successful. His home-cooked Ethiopian meals -- everything from spicy doro wet chicken stew to injera bread and kik yellow split peas-- are currently available at Whole Foods in New York, New Jersey, Connecticut and Northern California.

Q: What has been your biggest challenge?
A: Cash flow is always one, because you’re selling a product, but you’re not getting immediately paid for it. But you still have to pay your vendors, your employees and the kitchen, and all these other things. It was definitely a challenge to organize that.

Q: What’s the best advice for a fellow entrepreneur to get started in this industry?
A: Take your time, understand your product and make sure what you're putting out is good. It’s okay to start out small and grow. It’s easier to cut your losses when you do start small. If it doesn’t work out, you can stop and figure out what you’re doing wrong.

Related: Graze.com Wants to Send You Boxes of Healthy Snacks for $6 a Pop 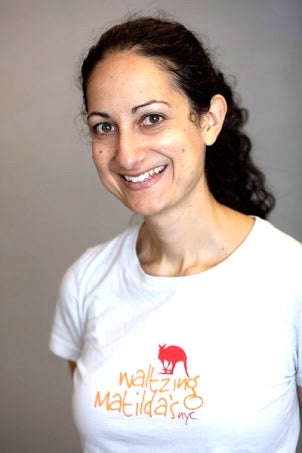 Waltzing Matilda’s is the only bakery in New York City specializing in Australian and New Zealand desserts like pavlova, lamington and salted caramel slices. The idea came to 34-year-old Forer after a trip to Australia, where she spent time learning about the local desserts and food culture. Their baking products can be found at food store Treehaus in midtown Manhattan, the Australian restaurant Thirsty Koala in Queens and the storefront Almacen at Hot Bread Kitchen. They deliver in Manhattan, Queens, Brooklyn and the Bronx.

Q: What resources have helped you most in starting up?
A: Working out of an incubator has been invaluable. Not only has it given me the space to cook legally, but the support that comes from working with other startups in similar situations is crucial. And the knowledge of the staff and the experts they bring in for seminars is a huge bonus.

Q: What has been your biggest challenge?
A: The biggest one is the amount of sales you have to do for your business. I thought I would be doing mostly baking, marketing and emailing. The amount of sales I ended up having to do -- I had no concept of how much it would be.

Related: Why Running a Restaurant Doesn't Have to Rule Your Life

Q: What’s the best advice for a fellow entrepreneur to get started in this industry?
A: Expect to do sales and create an environment of success. Surround yourself with people that are going to help you succeed. Through some networking groups, I also met a group of small-food entrepreneurs. We ask each other stupid questions, like 'where did you buy this?' But to have this group of women in the same situation as I am, I leave our monthly meetings so inspired. 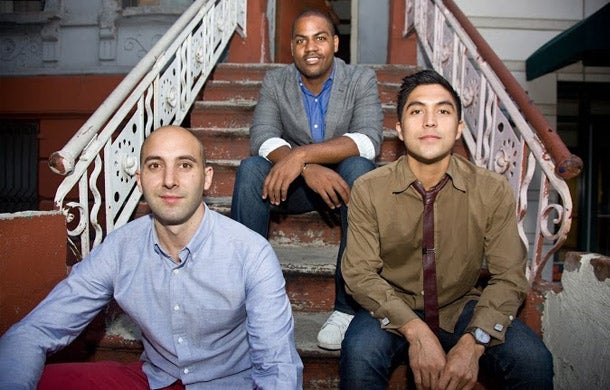 With the growing trend in artisanal food startups, Hella Bitter embodies the hobby-turned-business story -- with a cocktail twist. Started as a "why not" pastime in 2007, Simeon, an Apple store employee living in Williamsburg, and Ludwig, a bartender living on the Upper West Side, decided to try their hands at making bitters. Four years and a Kickstarter later, Hella Bitter is a full-fledged business shipping thousands of bottles, in aromatic or citrus flavor, across the country.

Related: What I Wish I'd Known Before I Franchised My Company

Q: What drew you to this industry?
A: It was just a hobby. We'd give out bottles as gifts for birthdays and Christmas. When we decided to try making our largest batch ever [in 2011], Kickstarter happened. We finished with almost 250 percent of our $900 funding goal. So not only could we make product for backers, but we even had a small surplus. It was that first tiny inventory that we took to local stores in New York. -Simeon

Q: What resources have helped you most in starting up?
A: It's been an amazing experience to have the right support come at the right time. When we were getting started, there was all this legal red tape and a lawyer in our social circle came to us and offered to help. When we needed a commercial kitchen, a friend of mine was actually working in City Hall and made an introduction to someone in an accelerator program, and through that we got introduced to Hot Bread Kitchen. -Simeon

Q: What's the best advice for a fellow entrepreneur to get started in this industry?
A: Always ask for help. The idea that someone's always wanting to help you is very true and very real if you put yourself out there. -Pinkard

A: Build a team. You can't do this by yourself, especially if there's a long period of time when no one can be paid. It's better to share the company than to squander it.-Simeon

Brittany VanBibber and Justin Snyder are seniors at New York University where they’re studying journalism at the Arthur L. Carter Journalism Institute. VanBibber is studying print journalism and economics. Snyder is also studying print (and web) reporting, as well as film and game design. Both are eyeing graduation and aiming to continue working and living in New York City. Follow them on twitter at @BritVanB and @Justin__Snyder.