Tyler "Sully" Sullivan was so excited when the new golf club heads he'd developed arrived from the manufacturer in April 2013 that he glued one onto a shaft with a 24-hour epoxy and could barely sleep before taking it to the driving range the next day. With his first swing, he crushed the ball 300 yards and dead straight. He thought it was just a lucky hit, but as he worked through a bucket of golf balls, his sweet shots caught the attention of the man two stalls down. Sullivan let him try out the club.

"He took a swing, then another, and didn't say anything," Sullivan recalls. "Then he looked at me, puzzled, and said, 'How is this possible? I just hit it past my brand-new TaylorMade, and it feels better.'"

The next morning, that man made the first purchase of BombTech Golf's Grenade Driver. And that's when Sullivan, a former high-school golfer who lost his job at an engineering company last November, knew his new venture had a chance. 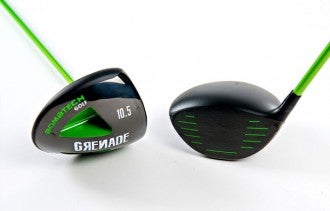 While it's not uncommon for entrepreneurs to bring to market gadgets they've developed in their garages, Sullivan's quest to redesign the golf driver is particularly quixotic. Golf equipment manufacturing is a multibillion-dollar industry--dominated by Nike, TaylorMade and Callaway--that employs aerospace engineers and spends millions on R&D. But Sullivan's personal frustration with drivers compelled him to attempt a change on a smaller level.

"In golf today, the engineering is based on marketing," he says. "It's very trendy. For example, now it's popular to carry a little wrench to manually adjust your driver. We wanted to make something based on pure engineering."

In 2012, Sullivan took his idea for a new driver to the engineering department at the University of Vermont, just eight miles from his home in South Burlington. Over the next year, the four students who elected to team with Sullivan as their capstone project worked and reworked designs until they came up with something they believed superior to existing models. 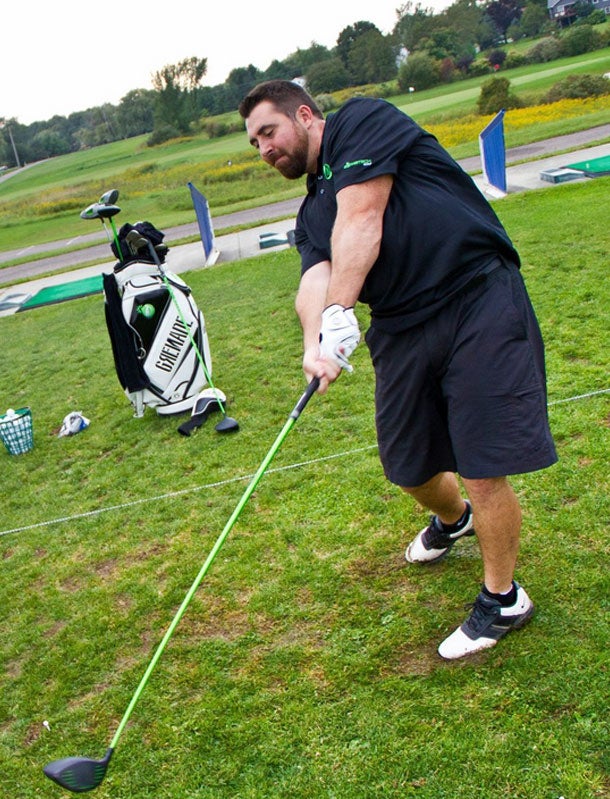 The final product became the Grenade Driver. It's made using a two-piece (rather than the typical four-piece) production process, to improve energy transfer. Special divots on the bottom increase head speed. The team shied away from making the club adjustable, instead settling on a standard 10.5-degree loft. The result, Sullivan says, is a club that, for average players, is much more forgiving but hits straighter and farther than similar models.

But building a better club is only half the story. Because manufacturing costs are so high, and because Sullivan wants to keep BombTech's offerings affordable (the Grenade Driver retails for $299), he still does the assembling, shipping and marketing of the lime-green club all by himself. And he sells direct to consumers only through his website in order to avoid high retail markups and maintain personalized customer service.

Running lean has made BombTech profitable since Sullivan's third week in business, with $100,000 in sales last year and an expected $500,000 in sales by the end of 2014. While no pros have signed on to use the Grenade (and likely won't, since they are sponsored by higher-profile manufacturers), its popularity is spreading through word-of-mouth and gaining traction among amateurs.

"Unless there's room for improved quality or innovation, we won't do it." --Tyler Sullivan, BombTech

Adam Staelin, an avid golfer from Chapel Hill, N.C., and editor of the blog Three Guys Golf, admits that his expectations were low when he received a Grenade for review--but he quickly changed his mind. "I was impressed one guy could create a driver that didn't suck," he says. "It's incredibly rare to find boutique drivers, and BombTech is the only one I've seen that is legit."

In fact, Staelin, who tests many expensive drivers each year, says the Grenade is one he continues to use.

"I think [BombTech] has got a decent chance to catch on," he says.

However, Casey Alexander, a golf-industry analyst with Gilford Securities, believes Sullivan is facing crazy odds. "The golf club business is an oligopoly," he says. "There are no Tesla Motors in golf. It's like trying to roll a rock up a really big hill."

Sullivan is unfazed. He says he isn't aiming to build an empire to take down his big-name competitors. "Our mindset is, unless there's room for improved quality or innovation, we won't do it," he explains. "For example, I don't see any distinct improvements we could make to irons, even though we could easily sell them to guys who already have our clubs. So we won't do them."

In the spring, BombTech released a 3-wood and 5-wood club based on the Grenade concept, which promptly sold out. Now Sullivan is back at the University of Vermont, working with another group of students to rethink the traditional putter design. "If the putter doesn't perform, we won't release it, even if we waste a year," he says. "Other companies produce four or five new drivers a year just to have more product on the market. I won't."

Play Golf at Home with This Indiegogo-Funded Simulator

Impress Everyone at Your Next Golf Outing With These Golf Accessories, on Sale For Presidents' Day