What Happens When Startup Advisors Advise the Whole Team

By Leo Widrich December 3, 2014
This story originally appeared on Buffer

One of the things that has fascinated me most about ancient Greece and Rome has always been the idea of oracles.

If you’ve seen the movie 300, you might remember the scene in which Leonidas has to consult the oracle, which will decide whether the Spartans will go to battle or not. 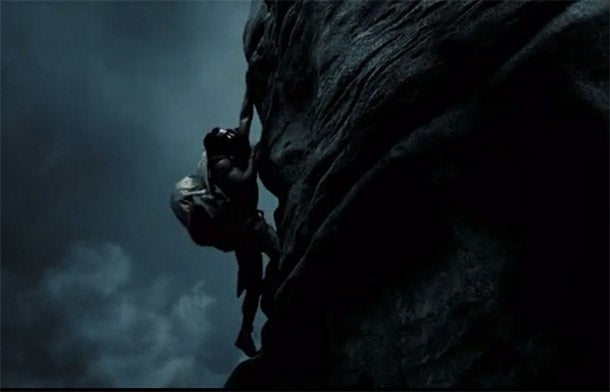 You can almost grasp the frustration of the Spartan king. He’s not in control. He has to rely on the priests and only the priests are able to understand the oracle’s advice. He feels powerless, as he has to follow whatever the priests might say to him about the oracle’s thoughts, which eventually is not to go to battle.

I’ve noticed something very similar happen with “oracles” in the world of startup advice, and particularly for us at Buffer.

As founders, Joel and I have been incredibly lucky to be able to be in touch with some incredible advisors that we can reach out to for advice on tough decisions we have to make.

A few incredible people that might be considered our “oracles,” who have helped us tremendously in the past, are the following:

How we used to pass knowledge down

What would happen at times is that Joel and myself would have an incredibly productive and useful session with some of the great folks listed above about a problem we’ve been facing.

For example, Hiten and I used to meet regularly for advice sessions on growth and how we might build a scalable process into our workflow. After the session, I’d go and share some of the great advice with the team.

At that point it’s very hard for the team to question any of the advice that I’ve received. They’d have to accept it, even if it was presented in a neutral way. By nature, questioning it is nearly impossible, since Hiten isn’t present and I had the direct line to speaking to him.

I can imagine that some team members might have felt quite similar to Leonidas, having to follow whatever the priests said to him.

When Joel and I realized this, we decided that this didn’t feel like a great setup—especially as we’d just made the change to the “decision maker” framework, where didn’t have any managers and everyone was accountable for their own decisions.

Here is how we changed that:

Instead of keeping up sessions with Hiten and others between us as founders and our advisors, we have been experimenting with letting him speak directly to the team. 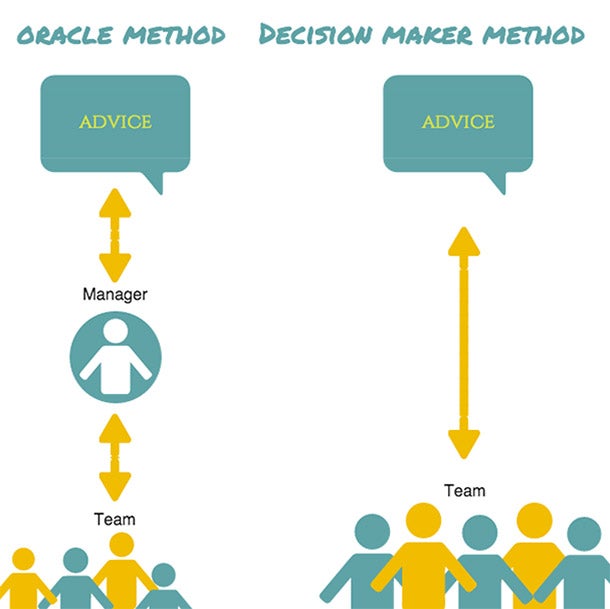 Related: 24 People, No Managers: Our Experiment in Getting Work Done

We invited Hiten to come out to our most recent retreat to New York, where he came in for a full day of office hours and worked with every single team that we have (8 at the moment):

In 8 sessions of 30 minutes each (we couldn’t believe he’d not be completely tired after doing 8 of these sessions!), everyone on each of the teams had a chance to speak to Hiten directly and ask their questions. I genuinely believe that through this method, we had an 8x better outcome of the advice, compared to if it would have just been given to Joel and myself.

Making it a process

I can see us scaling this process across all advisors in the future and possibly inviting more advisors to our retreats or setting up general office hours session for the individual teams.

My hunch is that for us to grow collectively as a team, giving people access to all the same information that we have as founders is crucial. Keith Rabois put this really well  in a great interview:

“If you want people to make the same decisions that you would make, but in a more scalable way, you have to give them the same information you have.”

It’s also one of the main reasons we keep all emails within the company transparent, so that no knowledge is locked away in certain threads.

I’m excited to see how we can consistently make the advice-giving process better in the future and hope to keep you posted.

Related: How We Use Twitter to Build Products People Love

Leo Widrich is the co-founder and COO of Buffer, a social media management tool with millions of users. At Buffer, he loves to think about how to create a better and easier way to keep up with social media and build a company that focuses on company culture, transparency, and positivity.

4 Mistakes You Should Avoid When Working as a Freelance Writer

Dear Brit: 'How Do I Find Customers Who Will Spend Lots of Money and Gush About Me to Their Friends?'

Why Implementing IT Service Management Is More Crucial Than Ever

4 Penny Stocks Up Big With The Stock Market Down Today; Time To Buy?