Psy's music video has had so many views on YouTube that the video-sharing platform has had to "upgrade" so people can still watch it.

On its Google+ page, YouTube said it didn't expect something like this to ever happen, "until we met PSY."

The South Korean pop sensation has amassed well over 2 billion views on his original "Gangnam Style" music video, with nearly 9 million "likes" and just over 1 million "dislikes." That turns out to be more numbers than YouTube is coded to display, based on a 32-integer system. 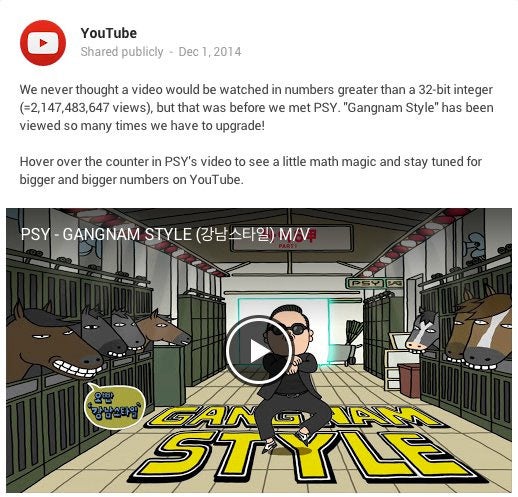 And here's everything going crazy:

"Gangnam Style" was released in 2012 and was an instant hit. Singer Psy now has 7.5 million subscribers on his YouTube channel. The channel has been visited more than 4 billion times since 2010.

As if you need reminding of it ...