How to Cure Entrepreneurial Brain Freeze

Ami Kassar
CEO and Founder of MultiFunding.com
home
January 17, 2015 3 min read
Opinions expressed by Entrepreneur contributors are their own.

Some entrepreneurs spend months trying to raise more money than they actually need to achieve proof of concept. Many get stuck on the grand vision of their company's future instead of deploying the resources and assets at their disposal. I call this entrepreneurial brain freeze.

When I started my first venture, it took me six months to get a meeting with angel investors. I was so excited that I spent 72 hours straight marathon writing a business plan and financial forecast in order to convince the investors why I needed $2 million to start my company.

Related: The Small-Business Guide to Getting the Cash You Need

I showed up in a fancy suit and tie, and the first thing that the investors did was rip up my forecast and ask me what I could do with just $200,000. I was initially shocked that they would lowball me like that, but in the end, realized they were right. This experience taught me, in retrospect, that if I had just tried to raise $200,000 instead of $2 million months earlier, I would have reached the starting line much faster. I had to cure my own case of entrepreneurial brain freeze.

At my loan-advisory office, we speak with business owners who show the common symptoms of brain freeze: they’re stuck within the confines of their company vision and unwilling to stray from their buttoned up business plans. Before discussing funding options, we first ask them what they need the money for and why. The reality is that usually there is a way to meet their objectives with much less money.

Related: How to Seek Early-Stage Funding That Won't Spoil Your Startup

The business owner might be foregoing short-term profits by seeking less startup capital, but they are moving commerce sooner, and that is what's important. The best proof of a viable business is active commerce, not funding.

A few weeks ago, I met an entrepreneur who wanted to start a golf simulator business. He wanted to raise money for his own facility, with two owned or leased machines, and also wanted more capital to market his business. At the time of the call, though, he didn’t even have a proof of concept, no customers on the horizon and yet wanted to borrow or raise a couple of hundred thousand dollars in equity.

I had to take a step back with this entrepreneur instead of pushing him toward a loan that he would later regret. A better option was to partner with local golf stores by installing his simulators in their shops. By piggybacking off of the store’s existing customer base, the entrepreneur was drastically cutting his marketing dollars while also achieving a proof of concept in exchange for profit sharing with the existing golf store.

Instead of seeking $500,000 to launch his business, the entrepreneur only needed $50,000 to get started. This is a much more reasonable goal.

If you’re trying to borrow money before you’ve gotten one customer, you’re likely going to give away more equity than you have to, or it’s going to cost you way too much to borrow money. There can be huge benefit in shrinking a grandiose vision, shaking off the entrepreneurial brain freeze and proceeding with calculated baby steps rather than rushing a new business to the finish line. 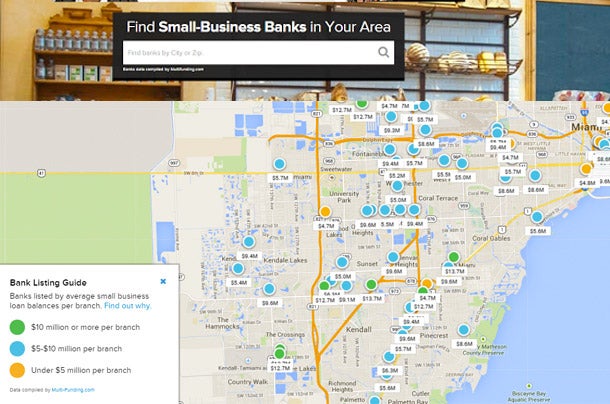 How Much Money Do You Really Need to Borrow?

Starting A Business? You Need These 3 Basics.

Applying for a Short Term Business Loan Online? These 4 Steps Can Protect Your Startup.

Choosing a Lender? Watch Out for These Costly Traps.

3 Reasons to Regularly Check in on Your Business Debt