Adult Butt Wipes and Razors by Mail: How Dollar Shave Club Takes on the Big Companies

A hit YouTube video launched Dollar Shave Club into the minds (and medicine cabinets) of men everywhere. But the company is just getting started.

The first time I burst out laughing while talking to Michael Dubin, the co-founder and CEO of Dollar Shave Club, is when he mentions One Wipe Charlies, which he helpfully explains is his company’s “butt wipe for men.”

“Have you not heard of this?” he deadpans. “This will change the way you do things.” He then reaches into his bag to present me with a sample from his “personal stash.” I read from the package: “The civilized way to wipe.” Then I ask Dubin, who is 36 and gained YouTube fame in 2012 from the uproarious video he starred in that introduced his shaving subscription company, to explain the product. “Well, it certainly gets a laugh, but members swear by this. I mean, we sell thousands a day of this stuff. From a product level, it’s certainly an improvement. It’s a problem solver. As we like to say, great things happen when your ass smells fantastic.”

Adult butt wipes are serious business for Dubin, who cracks nary a smile despite the scatological subject matter. That’s because in a little over two years he has managed to turn a uniquely funny product launch into a real business. “There’s a serious purpose behind it,” he says, “which is helping guys take care of themselves.” 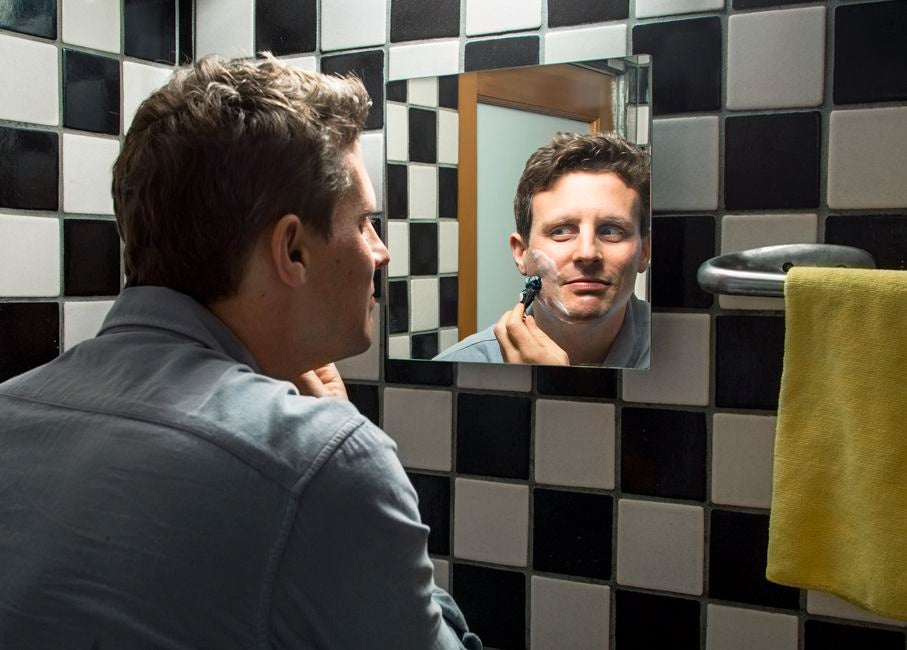 The business has serious numbers behind it too. Dollar Shave Club began in March 2012 as a membership service providing razors by mail. The thinking was that men gave too little thought to their drugstore-purchased shaving supplies and, critically, that they changed their blades too infrequently. First-year sales were $4 million, says Dubin, followed by $19 million in 2013 and $65 million last year. Based on December’s figures, Dubin says his company is on track to exceed $120 million in sales this year.

Dollar Shave Club is a social marketing as well as an entrepreneurial success. The YouTube video was key to the fledgling company’s awareness. For Dubin, who once worked at Fortune’s parent, Time Inc., it also demonstrated impressive frugality: He spent about $4,500 to produce it. “The first couple of days were terrifying,” he says. “The site crashed because of the traffic. The video had gone viral. We ran out of inventory in the first six hours.” 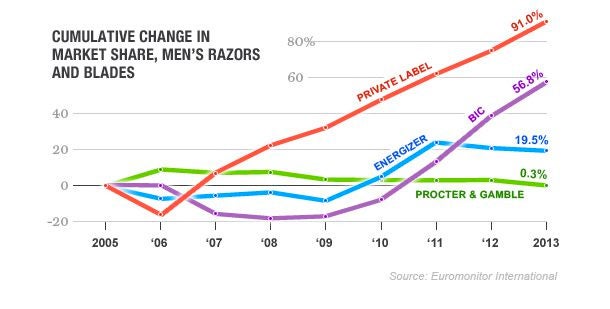 In many ways Dollar Shave has grown up considerably in two years. It continues to rely on humor, but now its ads run on broadcast television. (A recent campaign mocks drugstores for keeping razors under lock and key, making life difficult for men who want to buy them.) It now sells three kinds of blades, shave “butter,” post-shave moisturizer, and wipes to 1.5 million customers who receive a shipment at least every other month.

Dubin has designs on the rest of a man’s medicine cabinet. He says that in the spring the company will expand into new, as yet undisclosed “personal care” lines. “We ask ourselves, ‘What other problems can we solve for guys?’ You’ll see us start to make a transition into a company with more of a grooming mission.”

Despite its diminutive size, Dubin sees Dollar Shave Club as a giant killer. He swipes at L’Oréal and Unilever, the company behind the brands Axe and Dove, for marketing men’s grooming products like energy drinks. “They’re generalizing, saying things like ‘Guys are Neanderthals’ and ‘They don’t care about the ingredients that go into these things.’ And that’s BS because guys do care if they achieve certain benefits.”

After all, potty humor may move merchandise, but good hygiene is no laughing matter.

Here are the videos we’ve mentioned:

Adam Lashinsky covers Silicon Valley and Wall Street for Fortune magazine and is the author of Inside Apple: How America’s Most Admired – and Secretive – Company Really Works.

More About Growing a Business

The One Common Denominator Between Successful People