I’ve been thinking about some great marketing campaigns of recent months—those I might consider the “best.”

But I find myself wondering: What does best mean, exactly? Or, more simply: Is popular the same as best? If something is popular, can it also be good?

Hemingway would say no. “If you become popular it is always because of the worst aspects of your work,” he famously declared.

But we’re marketers, not novelists. Business effectiveness is what matters, right? Yes and no. Effective by what measure? For marketers, rearview-mirror metrics are only part of the story. The other part is the sensibility, creativity, inspiration and artfulness we bring to the work we do.

So with all that in mind, here’s a highly subjective look at a few of my recent favorites, from a range of organizations and budgets. 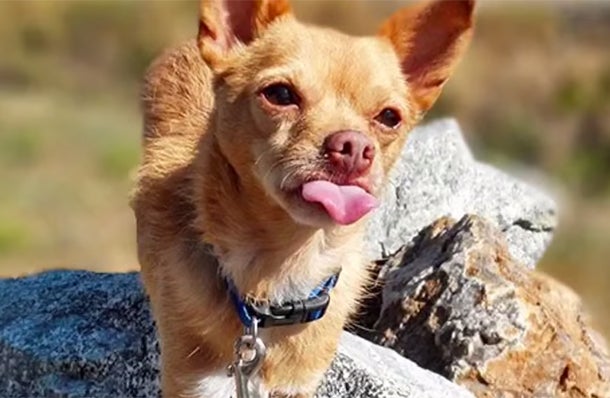 Most pet-adoption organizations try to make the cats and dogs seem as appealing as possible. Not the Humane Society Silicon Valley, which in December published a creative, funny and unusually honest listing for a tiny tornado of a Chihuahua, Eddie the Terrible. The listing ran as a blog post on the shelter’s website and social media accounts; the shelter also created other assets to support it, including a video on its YouTube channel.

Why it worked: The content was a welcome antidote to the so-called Sarah McLachlan ads: those slideshows of gut-wrenching animal-shelter images with sad, solemn soundtracks. “The most common reason people won’t come to shelters is because they feel it would be depressing—an expectation created by that sort of marketing,” the shelter’s social media manager, Finnegan Dowling, told me. “We knocked it out of the park with a shelter animal story that had nothing to do with trauma, sadness, abuse, negligence, etc.”

Measure of success: The campaign became a mini viral sensation. The story was picked up by the Huffington Post and a bunch of news channels, raising awareness of the shelter. Best of all: Eddie got a home for the holidays. 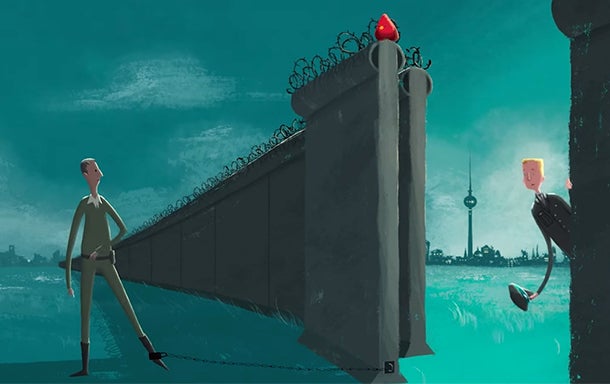 In November Airbnb launched a short animated film aligned with two themes: the 25th anniversary of the fall of the Berlin Wall and a traveler-inspired story of “belonging anywhere.”

Why it worked: Airbnb has an efficient mechanism in place to collect customer stories at scale (create.airbnb.com). This particular film told a real story from a real Airbnb customer who took her father to Berlin to heal an emotional wound. The best stories, like this one, are specific enough to be believable but universal enough to be relevant. (That’s a gem from my journalism school days.) In this case, the result was a powerful mix of style, art and substance.

Measure of success: The goals were brand awareness (promoting Berlin as a travel destination for Airbnb customers) and content engagement. On that last point, it didn’t hurt that Ashton Kutcher tweeted about it.

3. “Build Your Own GLA,” Mercedes-Benz 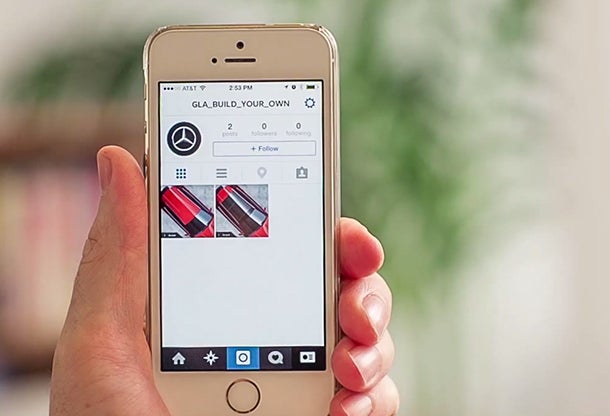 This program allows anyone to assemble a custom 2015 GLA-Class vehicle on Instagram by choosing colors, wheels, roof, grill options and so on, in 132 possible combinations. Visitors click through a series of linked images in a down-the-rabbit-hole romp.

Why it worked: It’s clever and feels magical, and it meets tire-kickers where they are—Instagram—instead of trying to draw customers to a company website. It evolves the idea of a familiar “build your own” web tool and gives it a fresh, innovative, social spin. And it works because it allows users to “see” their vehicle—the first step toward buying it.

Measure of success: It’s tough to gauge the success of this program, other than to say that 3,750 people are following it—a solid showing. 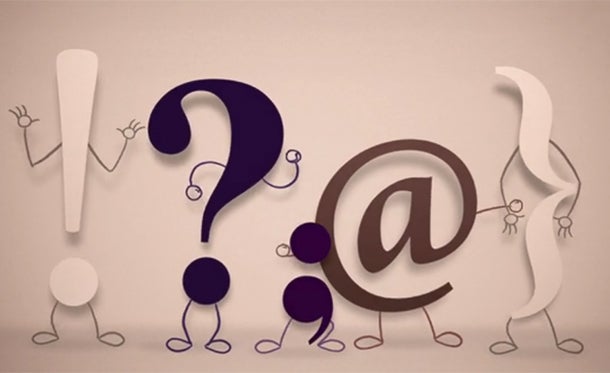 Why it worked: Yankovic, who has been around forever, brilliantly embraced social media and the online sharing culture in the marketing of his latest release.

Measure of success: After more than 30 years in the business, the comedian-singer earned his first No. 1 on The Billboard 200 album chart; Mandatory Fun became the first comedy release to top the chart since 1963. Not to mention, the “Word Crimes” video has racked up nearly 23 million views. Which is just nuts. 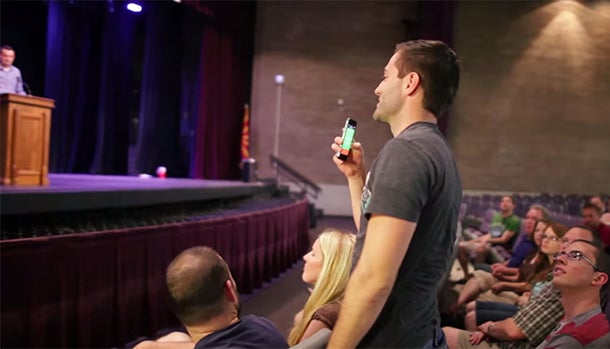 Ever been to a business event where an audience member asks a question, and nobody—neither the people onstage to whom the question is directed, nor the rest of the attendees—can hear it? Crowd Mics is an app that turns a smartphone into a wireless microphone, allowing the user to be heard via a room’s sound system. The Mesa, Ariz.-based startup, owned by brothers Tim and Sean Holladay, produced a short video to highlight the problem for event organizers and attendees and, of course, to show how their technology solves it.

Why it worked: It’s so simple, it’s genius—and it busts the marketing myth that effective video is expensive, time-consuming and requires slick production values. Which suggests a potential shift in the marketing mindset: What if we stopped trying so hard? What if we told our true stories honestly and simply, and with empathy for the real problems our customers have?

Measure of success: The brothers released the video last year, early in their company’s history. Since then, business has grown, and Crowd Mics has worked with companies like Salesforce, Univision and Novartis, according to CEO Tim (who, by the way, answers chats on the company’s website. Talk about a scrappy startup!).

6. “How to Rock the Perfect LinkedIn Profile,” LinkedIn 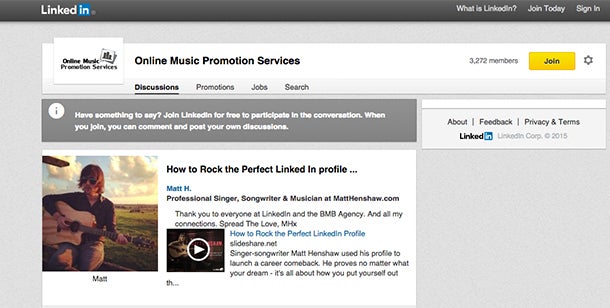 A slide deck tells the story of musician Matt Henshaw’s return to music after quitting the industry (he thought) for good. The story centers on how an atypical LinkedIn user rediscovers his passion and launches a comeback—thanks to the connections he’s made on the platform. The tale feels like a digital storybook, told on SlideShare (which LinkedIn owns).

Why it worked: What does a brand with a reputation for being buttoned-up and boring do to broaden its appeal? LinkedIn is evolving by telling unexpected stories, effectively underscoring the fact that the platform is more than just a résumé repository; in fact, it’s a great vehicle for “anyone with ambition,” Henshaw says. The deck includes a kick-ass call to action on the last slide. It presents a personal challenge—“What’s your dream?”—then invites you to realize it with the call to “Update your profile.” Smart.

Measure of success: Henshaw leaned into his music career full time and has a busy touring schedule (matthenshaw.com). LinkedIn’s deck, meanwhile, has roughly 60,000 views, more than 2,000 shares and 200 downloads. Not bad awareness numbers for an up-and-coming U.K. singer-songwriter. 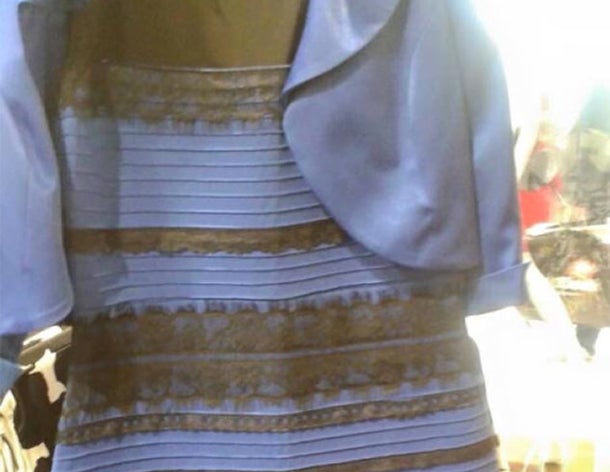 I have a love-hate relationship with real-time marketing because many companies spend too much time and effort trying to replicate a famous tweet (see: Oreo’s “You can still dunk in the dark”) rather than creating marketing that’s truly innovative.

But real-time marketing can be hilarious. That was the case with “The Dress,” the viral photo that left the world divided: Is it white and gold? Or blue and black?

Almost every brand on Twitter chimed in with a tweet or a photo using the hashtag #TheDress—some comically so, including Dunkin’ Donuts (which posted donuts on its social sites “dressed” in white/gold and black/blue frosting), Olive Garden and Xbox. But the winner for me for real-time relevance was Adobe, which picked up the tweet of photographer Hope Taylor, who used the Adobe Color product to get to the bottom of things.

Measure of success: Within 24 hours, the Adobe tweet had more than 801,000 engagements, including 17,300 retweets and nearly 9,800 favorites, according to CMO.com (which is published by Adobe).

Want to Know How Gen Z Is Transforming Digital Marketing? Take One Look at Wendy's.