After a Fire, an Owner's Concern for His Employees Burns Bright

When a business is destroyed by fire, the owners typically focus on how much their insurance will pay out and how long it will take to rebuild. But for the employees stuck in limbo, there’s another issue—do they take unemployment and hold out for their old jobs, or move on to something else? That was the dilemma 40 workers faced when a fire of undetermined origin gutted the newly remodeled Culver’s restaurant in the university town of Platteville, Wis., on the night of Nov. 13, 2013.

But owner Bruce Kroll eased their fears, telling them their salaries would be paid throughout the rebuilding process. His only caveat? Rather than playing Xbox or catching up on Netflix, the employees had to perform some sort of community service while the restaurant was being rebuilt. What they didn’t know at the time is that insurance would only pay for roughly two months of their salaries. Kroll paid for an additional four months, about $144,000, out of his own pocket—a fact he hid until after the restaurant reopened.

We talked to Kroll about why he footed the bill, what his employees thought and how his Culver’s was reborn.

Restaurants have a high turnover rate. Did you consider laying off your staff and rehiring after you rebuilt?

That was an option. Some of them could draw unemployment, but a lot of my work force is college students, so they couldn’t collect unemployment. And it was a month before Christmas. You know, employees built this restaurant, and I don’t want to lose that work force. One of my general managers has been with me since I opened, and we have several employees with 15-plus years. Right after the fire I told them not to worry, it was all going to work out.

Why did you require that they do community service?

I was talking to several other business owners and figuring out what to do, and someone brought up the idea of having the employees wear their uniforms and do volunteer work. I thought that was great. One did a fundraiser for the fire department, some worked in food pantries, others helped out with Christmas dinners for the needy at churches. Some did babysitting free of charge for people who needed daycare. They went out and did a lot of stuff around the community. 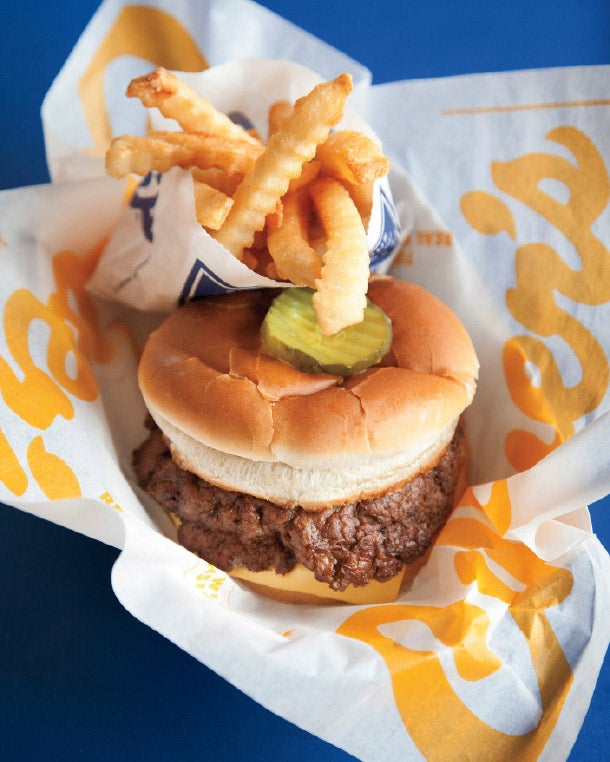 What was the response when word got out that you paid your staff out of your own pocket?

My employees weren’t surprised, but the media went crazy. I did lots of on-air interviews. The Ellen DeGeneres show called, and the Rachael Ray show, too. I went down to Chicago and did the Steve Harvey show—he secretly bussed in my employees, and they surprised me on-set.

Are you surprised people made such a big deal out of it?

It does seem strange to me. Keeping my team together just makes good business sense, and it was the right thing to do. There is such a lack of good news stories out there, and people want to hear that—especially in the food industry, which gets a bad rap for poor wages, and where we’re portrayed as money-grubbing business owners. For me it was a little over the top. I like to fly under the radar. I can take criticism better than compliments. You can do something with criticism, but what do you do with a compliment?

How have things been going since the restaurant reopened?

The ironic thing is that the day our store reopened, tornados came through Platteville, and one passed 20 yards from our building. We had to shut down the next day, and the damage was about $26,000. We almost got destroyed again before we reopened! But the new building is great. Everything is better than in the old store—and the sales show it.

30 Questions You Should Ask Before You Invest in a Franchise

How Franchisees Can Build an Effective Social Media Marketing Strategy