By Eric Siu June 30, 2015
Opinions expressed by Entrepreneur contributors are their own.

To celebrate the new, revised edition of his now-iconic book, Getting Things Done, I recently had the chance to interview entrepreneur and organizer David Allen to get his perspective on how the GTD movement has taken off and evolved over time. The conversation was truly inspiring. At nearly 70-years-old, Allen’s passion about his work and his company is just as strong as ever, and his advice is just as timeless. 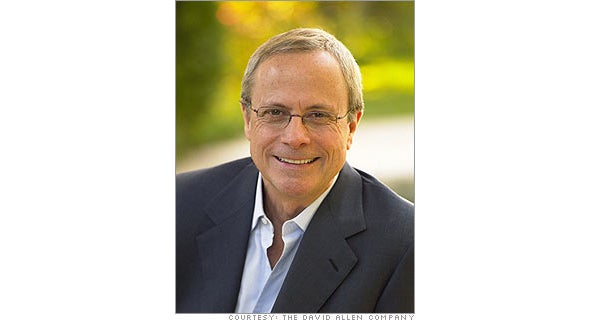 Here are a few of the lessons I took away from our conversation.

1. Allow for spontaneity, but don't let it throw you off track.

At its core, GTD involves a five-step process applied across six different horizons of focus. It’s an extensive system, and it can be overwhelming for newbies to implement, but the result is a system of organization that lets you overcome the limitations of your brain and develop a plan of action that addresses everything from your life’s purpose to your overstuffed inbox.

Related: How to Find Your Next Big Business Idea

But despite this focus on ruthless organization, Allen himself appreciates the system’s ability to allow for spontaneity:

I think if you’re not getting off track on a regular basis, you’re probably not playing a big enough game.

The thoughts that take you away from your scheduled work aren’t necessarily interruptions -- they can be powerful insights from your intuition showing you ways to think bigger for your business. And while you’d never want to completely get rid of these positive distractions, you can use the GTD methodology to help get back on track after you’ve dealt with them.

As we grow up, it’s far more common for us to hear criticism than positive feedback. Spend any time around the parents of a toddler and you’ll hear a constant stream of “Don’t do that,” or “Don’t touch that.”

In fact, Allen suggests that as much as 80 percent of the feedback we’re exposed to growing up is negative in nature.

Down the road, as adults, it can be difficult for us to turn off the negative voice in our minds that has internalized this constant criticism. This leads to self-doubt and our tendency to beat ourselves up over even the smallest of perceived failures.

Allen argues, and I agree, that recognizing (and taking charge of) this negative feedback is critical to both personal and professional success. Sure, you still need to be disciplined. A new age, “Everyone’s a winner” mentality isn’t any better for your business than negative self-talk. But if you can learn to harness the way you speak to yourself and transform the messages you send and receive into something positive, you’ll find that learning to reframe your thoughts in this way can be a real game changer.

3. Know the limitations of your mind.

We all like to think of our minds as steel traps, but research suggests that that’s just not the case. In Allen’s words, “Your head is for having ideas, not holding them.”

Related: When Failure Strikes, Protect Yourself By Being Positive in These 3 Areas

Allen recommends two books that elaborate on this concept -- BrainChains and The Organized Mind -- but the gist of them is that we’re bombarded by so much information today that it’s nearly impossible for our brains (which are still quite primitive in many ways) to process and hold it all. Developing an "external brain" -- whether through the implementation of GTD principles or some other system -- is, therefore, a crucial part of staying productive.

According to Allen, the instant you have a new idea that you can’t take care of immediately (per GTD’s two-minute rule), you need to get it out of your head and into a system that can store it for you later. If you don’t, you’ll find these ideas popping back up at times when you’re unable to act on them, interfering with whatever you’re doing at the moment.

Surprisingly, unlike many other industry influencers, Allen handles his own social profiles. Despite the time involved, he maintains an active presence on Twitter and Instagram, not because he’s using them to drive some arbitrary metrics but because he genuinely enjoys engaging on them.

Given the number of people I see spamming the site day in and day out, I think that’s a lesson we can all stand to be reminded of from time to time!

I really enjoyed my conversation with David Allen, but now I want to hear from you. Do you use (or have you tried) the GTD methodology? If so, what impact has it had on your business? Share your insights on the system by leaving a comment below.