This Spry Underwater Drone Is Speed Swimming to Success on Kickstarter

The future of ocean exploration is here and it’s bobbing up the charts on Kickstarter. Meet OpenROV Trident, the remote control underwater drone of your swashbuckling submarine dreams.

It’s a small, camera-equipped aquabot that anyone can easily steer. And it’s relatively low-cost, as in about 1,000 times cheaper than the swimming robots filmmaker James Cameron used to plumb the Titanic.

Related: This Startup Wants to Reverse the Tide on Our Overfished Oceans

The waterproof robot’s crowdfunding campaign officially set sail only three days ago and it’s already reeled in seven times its $50,000 funding goal. Nearly $380,000 in pledges have poured in so far, with 43 days to go.

Gently through the waves the tethered, wedge-shaped drone scoots like a dolphin, capturing the life aquatic with its embedded HD camera, illuminating the subsea sights with dual LED lights. The best part: You’re the captain at the helm. You tell the underwater eye where to venture with your smartphone, laptop, tablet or virtual reality device. Navigating can easily be done from a boat, a surfboard, a dock or the shore. You choose. 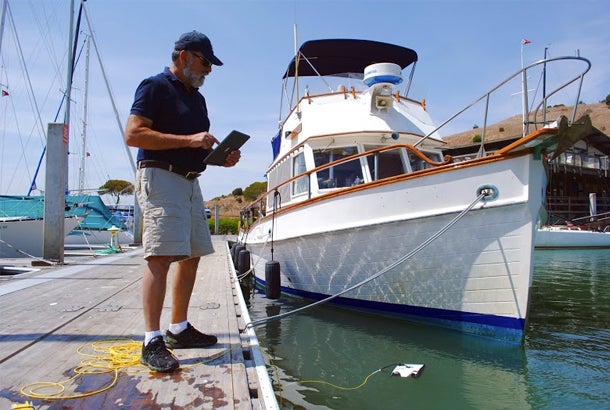 Weighing 6.6 pounds and propelled by a pair of hydrodynamic thrusters, the black and white device speeds in long, linear lines and darts up and down. It also wriggles into tight spaces between coral and rocks, and, fingers crossed, even around golden treasures in sunken shipwrecks. In all, the deepest it plunges is 328 feet (or 100 meters).

Related: How a Fishing-Gear Company Is Reeling In Customers With Its Live Streaming Videos

Batten down your wallet. Backers have already scooped up the least expensive offerings on Kickstarter. What’s left are packages ranging from $949 to $5,000. The latter of which puts you aboard an upcoming expedition off the northern coast of California. Three years in the making, the first units are slated to deliver in November 2016.

As its name suggests, the OpenROV Trident is an open source gadget, which means all of its software and hardware files are shared for free online. Anyone can tweak or refine the design. Non-techie types will appreciate that it arrives ready to take the plunge right out of the box. No assembly required. The standard package comes with the drone, an 82-foot tether that streams live video to an included Wi-Fi topside buoy, and batteries that last three hours.

This isn’t OpenROV’s first robot for aspiring Jacques Cousteaus everywhere. The San Francisco startup’s inaugural underwater remote-control vehicle also made a big splash on Kickstarter, coasting past its funding goal in just two hours and setting off a wave of thousands of sales in some 50 countries around the globe.

David Lang and Eric Stackpole co-founded OpenROV in 2012, when they invented their first consumer maritime machine. They were on a quest to discover gold lost in a subaqueous cave in the foothills of the Sierras. Unable to locate a reasonably priced underwater ROV anywhere, the seafaring entrepreneurs did what all good DIYers do. They asked the Internet and soon, with the help of ocean-loving makers and hobbyists the world over, they built their own. Lang tells the cool tale in this TED Talk. 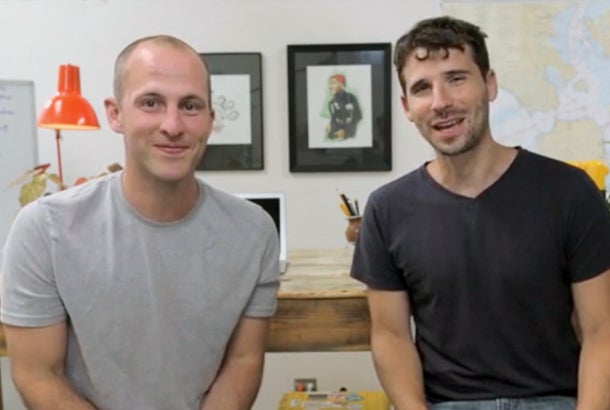 Stackpole and Lang never did strike gold. But what they did find was a vast, untapped and lucrative market, a sea of amateur oceanographers that share their passion for uncovering the mysteries of the deep. And, as Lang said, that’s much more valuable than gold.