The Mistakes That Make a PR Crisis Even Worse

By Brett Relander March 3, 2016
Opinions expressed by Entrepreneur contributors are their own.

Managing a public relations crisis feels like piloting an out-of-control plane. You want to minimize the damage, not point the nose toward Earth and push the throttle. Keep your business from going into an uncontrollable free fall by avoiding these big PR mistakes.

Don't reinforce what everyone is saying.

In 2012, Matt Turner shared a viral Tumblr post, creating a PR disaster for Progressive Insurance. Turner claimed that after his sister’s death in a 2010 car accident, Progressive hired an attorney to defend the at-fault driver just to avoid paying her claim.

After people started firing volleys at Progressive on Facebook and Twitter, the company responded with tweets copied and pasted over and over: 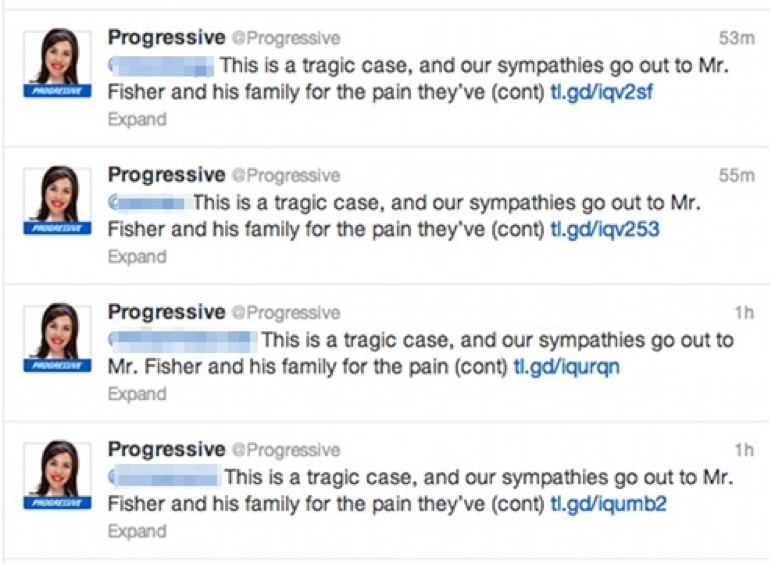 “It’s important to show sensitivity to a victim’s family, not only in a court of law but also in the court of public opinion,” says personal injury attorney Marc Lamber, member of the Lamber Goodnow legal team. Progressive eventually erased its canned tweets, but the nightmare continued.

They tried to tweet about something new, but they couldn’t change the conversation: 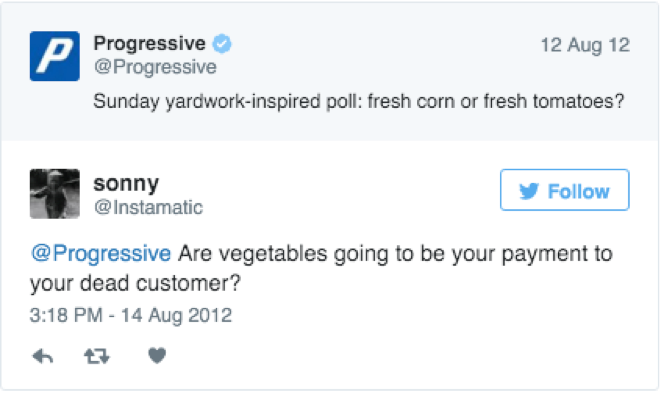 The lesson: Identify the negative perception of your business, and don’t reinforce it. In this case, Progressive looked uncaring, and their copy-and-paste tweets reinforced the negativity.

In 2014, General Motors issued multiple recalls of over 28.5 million vehicles because of faulty ignition switches, a defect accounting for at least 12 deaths. GM knew about the faulty switches as early as 2001, during pre-release tests of its Saturn Ion. In 2005, the first victim, 16-year-old Amber Marie Rose, was killed when the ignition switched off her car’s electrical system and her vehicle crashed into a tree. GM issued a service bulletin six months after Rose’s death, but the company never recalled the switch.

In 2009, after filing bankruptcy during the heat of the financial crisis, GM (aka: Government Motors) and other American auto manufacturers took a large and unpopular bailout from the federal government. The company finally started recalling vehicles on February 13, 2014, but CEO Mary Barra issued no statement until over a month later.

The lesson: Be proactive during a crisis instead of waiting for months and even years to come clean. When Barra finally did respond, she salvaged GM’s image by issuing a video apology and personally overseeing the recall effort.

Don't act as though nothing happened.

Dr. Mehmet Oz, Oprah protege and host of a highly rated talk show, was called before a Senate panel to discuss Federal Trade Commission allegations about diet products recommended on his show. Dr. Oz had touted the weight loss effects of Garcinia cambogia, or green coffee extract, next to a screen that said, “No Diet. No Exercise. No Effort.”

A few months later, he launched a Twitter AMA using the hashtag #OzInbox. Consumers hadn’t forgotten about his congressional testimony, and they took to Twitter to go on the offensive: 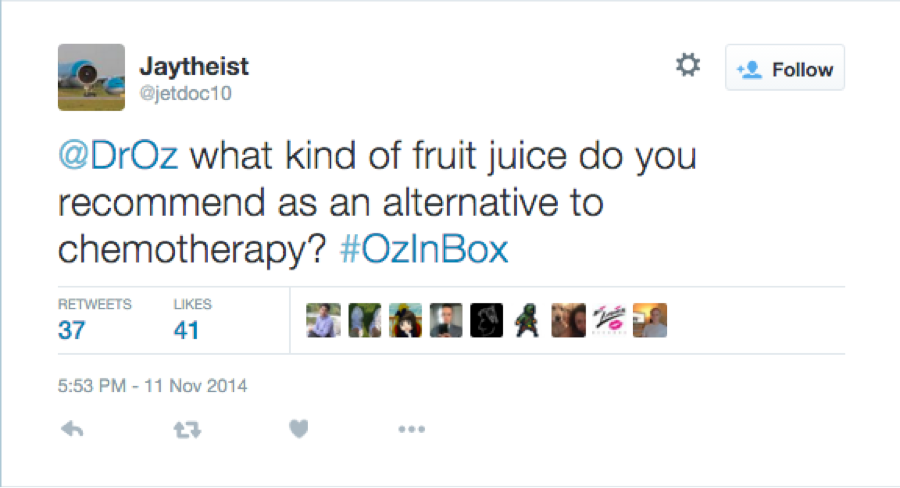 The lesson: When you’ve experienced a PR slap in the face, wait a while before voluntarily launching an open-ended social media conversation.

Two months later, the department launched a hashtag campaign called #myNYPD, inviting people to post pictures of themselves with New York’s finest. Instead of hugs and smiles, they got a long series of tweets like these: 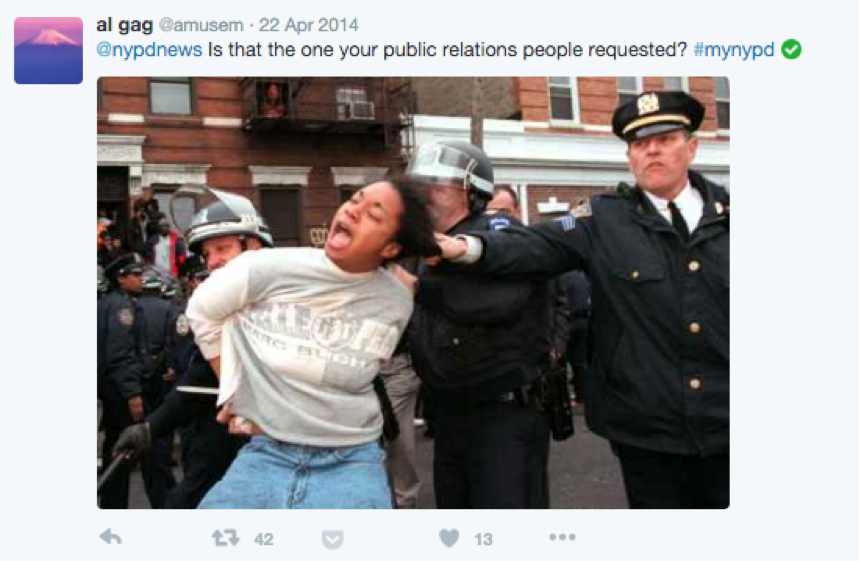 The NYPD responded by saying they were discovering new ways to communicate with the community and that the Twitter responses had provoked an “open dialogue good for our city.” Unfortunately, the NYPD made its way back into the headlines with the death of Eric Garner three months later.

The lesson: Attempts to launch feel-good campaigns won’t cover up deep wounds and mistrust. Instead of asking for user-generated content, stick with a one-sided PR blitz showing positive images of your organization, and most importantly --- do the right thing to begin with.

Ultimately, pretending there’s not a problem is the best way to fail at managing your crisis. Enter the conversation quickly, be honest and authentic and never, ever start a hashtag campaign.