Would You Eat Lab-Grown Beef? This Startup Is Counting on It.

By Laura Entis March 22, 2016
Opinions expressed by Entrepreneur contributors are their own.

Precedent suggests Dr. Uma Valeti has a difficult road ahead of him. As the co-founder and chief executive of Memphis Meats, a San Francisco-based company in the throes of developing meat grown with cells and bioreactors, he needs to convince wary Americans that beef cultured from stem cells is tastier, more sustainable and ultimately “more natural” than beef that comes directly from cows.

But while he breezily contends people are open-minded enough to overcome any initial queasiness, the uphill battle is likely steeper than he’s willing to admit. Take the public’s reaction to genetically modified Atlantic salmon, which was approved for consumption in the U.S. in November. The modification may have been minor -- the fish grows to market weight more quickly thanks to the insertion of a growth hormone -- but the backlash was intense. It will be more than a year until the fish is ready to be sold in stores, but retailers including Whole Foods, Trader Joe’s, Costco and Target preemptively pledged not to sell what media outlets have labeled “Frankenfish.”

Unsurprisingly, Valeti takes issue with that term. He’s not a fan of “Frankenfood,” either, particularly when it’s used to describe Memphis Meats’ products.

“The conventional meat products that are on the shelf could be considered ‘Frankenfood.’ There is nothing natural about them,” he says. “ These chickens are growing six to 10 times faster than they would naturally and are pumped with antibiotics. We, as a community, have to realize there is a lot of unnaturalness in the food that is being produced right now.”

Related: Beyond Meat's CEO Thinks Chicken Can Come From Plants

The meat industry, in other words, is ripe for disruption. “It hasn’t innovated for centuries,” Valeti says. It needs to change if it’s going to satisfy growing global demand. The solution, according to Valeti: Memphis Meats specifically, lab-grown meat technology more generally.

He has a point. For many people, the ethical issues raised by the commercial meat industry are flagrant -- and there are indicators that more consumers, particularly millennials, really do want to know where their food comes from (hence the explosion of organic, free-range and cage-free products). This, Valeti says, will ultimately help consumers overcome the balk-factor of meat grown from stem cells and cultured in bioreactor tanks, or “meat breweries,” for one to three weeks until it’s ready to be harvested. You’re more likely to try a cultured meat ball, he figures, when their “natural” equivalent comes from an industrial farm.

Judging from the polarized reaction to genetically modified crops, Memphis Meats “can’t appeal to everyone,” says Lars Perner, an assistant professor of clinical marketing at the University of Southern California. Instead, the company should focus on consumers who already worry about the sustainability of their meat, buying more expensive organic and grass-feed options as a result, and vegetarians who make the dietary choice for ethical reasons.

Ultimately, Perner predicts many Americans will be open to the concept and that -- with the right marketing strategy -- more than 20 percent of the U.S. population would be willing to incorporate lab-grown meat into their diets within five years of its availability. The real hurdles are price and taste. If Memphis Meats can't create products that cost around the same and taste identical to conventional meat, its reach will always be limited.

At the moment, a pound of Memphis Meats is dramatically more expensive to produce than a pound of conventional meat. But the company says that as production scales up, this dynamic will change: because lab-grown meat requires less resources and has fewer stages in production, it will eventually be cheaper to make than the farm-raised variety.

For now, though, much like any other new tech category, Memphis Meats will live and die on attracting early adopters, i.e. typically well-off individuals who already have a hybrid car and “are more into innovation for its own sake.”

That’s Valeti’s plan: namely, start primarily with those who already eat meat “and are looking for a more sustainable way to keep doing it.” But as consumers get more comfortable with the idea, “we absolutely believe that people will choose our products in 10, 20, 50 years.” 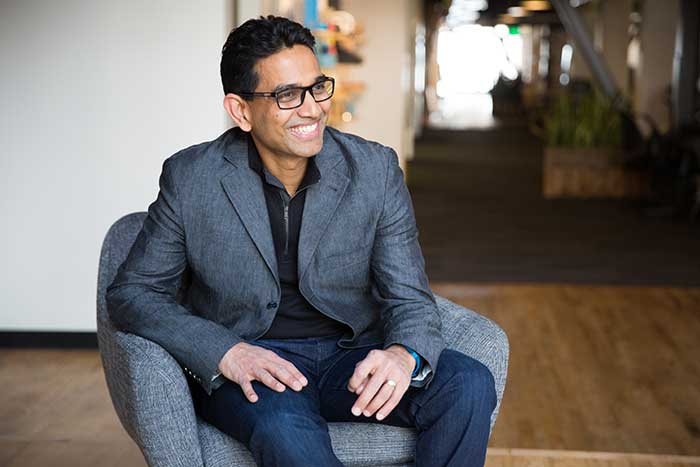 Memphis Meats can look to fashion startup Rent the Runway for guidance on this front. While in a completely different industry, the company -- which enables customers to rent expensive pieces of clothing for special events -- had the similar challenge of  redefining an established process. (Just swap getting people to eat lab-grown meat for convincing women to get excited about borrowing, not buying, clothes and accessories.)

It’s ability to do so was gradual, and largely organic, says Brooke Hartman, the company’s senior vice president of subscription. Early adopters, who tried the company and liked the experience, would become a potent marketing force. She noticed that if one woman at an organization used the service, Rent the Runway would see a steady stream of new customers from that same business.

To piggy-back off this word-of-mouth effect, in 2011 Rent the Runway added a picture-review feature on its site, so customers could highlight their organic experiences with the rented clothes. Such unfiltered experiences from real people helped the company reach a critical mass. Still, there are barriers ahead: Though it won’t disclose its revenue, reports indicate Rent the Runway has struggled to turn a profit. What’s more, while a successful model, it hasn’t fundamentally transformed what shopping means for most women.

And yet it’s not hard to envision how Rent the Runway’s word-of-mouth strategy -- bolstered by online reviews from actual customers --  could be a good fit for Memphis Meats. Chances are you’d be more willing to try a lab-grown meatball if you’re sister/co-worker/friendly Instagram acquaintance swears it tastes exactly like the farm-raised variety.

This slow, bubbling approach to mainstream adoption shouldn’t worry Valeti, either. Unlike many of its Silicon Valley peers, Memphis Meats’ goals are measured in five-year spans, not months. Valeti likes to say he’s playing the long game.

That’s because his ambitions are greater than simply building a successful company. He says he wants his technology to radically transform the way meat is produced in the U.S. and beyond. “If the big car companies embraced Tesla’s technology, we wouldn’t have had to wait so long for an electric car,” he says. “The same needs to happen in the meat industry, so it won’t take 30 years to innovate.” Already, he claims he’s received interest about the process from multiple major domestic meat producers.

For now, though, he’s concentrating on the products, which are still in their lengthy development stage. Unlike vegan startups such as Beyond Meat, which are trying to recreate the consistency and taste of animal flesh with pea and soy protein, Valeti doesn’t have to fake the “intense meat flavor.” Still, perfecting the ratio of fat, protein and fiber. is a complex task, one Valeti estimates will take at least a couple years.

Related: Despite Changes to Federal Dietary Guidelines, the Rules of Healthy Eating Have Never Changed

“We have to compete on taste, texture, safety, health -- all of that takes time,” he says. To help him nail all the details, Memphis Meats has enlisted a panel of “culinary experts” to visit its test kitchen and do a series of taste tests. “Before we put the product on the market, we want chefs to play around with it -- to try different dishes and tell us what works and what doesn’t.”

The company is starting with meatballs and sausages, but within “five to 10 years” hopes to perfect a simple but arguably more complex meat dish: the steak.