San Francisco Rent Is So Insane, This Guy Lives in a Box for $508 a Month

This is what San Francisco real estate looks like today: A guy built a box to live in, and he’s paying $508 a month to live in it.

That’s why a San Francisco-based illustrator, Peter Berkowitz, built himself a box to live in.

He calls it a pod, and it’s parked, if you will, in his pal’s living room. He pays $400 a month in rent to the purveyor of said living room. The fixed costs of building the pod were $108 a month, if you average the costs out over a year. That’s where he comes up with the $508 monthly cost, according to a blog post Berkowitz wrote about his adventure.

“Yes, living in a pod is silly. But the silliness is endemic to San Francisco's absurdly high housing prices,” writes Berkowitz, 25, in his blog post. “The pod is just a solution that works for me.”

Plus, living in a pod isn’t so bad, at least according to Berkowitz. He says that with a bit of innovative design, his pod is pretty comfy. (We have embedded a handful of snaps below.)

“People are typically surprised that I would want to live in a pod, but I think they tend to underestimate how pleasant a pod can be if it's designed smartly. It's the coziest bedroom I've ever had,” writes Berkowitz. “It's the only bed I've had with a fold-down desk, a slanted and cushioned backboard, and uniformly ideal light for reading (I can read comfortably from anywhere on my bed. This sounds trivial but isn't.).”

Pod-living is a more functional alternative living situation than hanging a partition curtain because it offers more privacy and quiet, says Berkowitz. And he would like to help others build a pod, if they are interested.

Turning to a pod wasn’t a desperate last ditch effort to find a warm place to put his head down at night. Berkowitz was subletting apartments in San Francisco before turning to pod living.

Related: How Many Bodyguards Does It Take to Protect Mark Zuckerberg's 5-Bedroom Mansion?

“I'm by no means in dire straights -- I can and could afford my bills -- but I just saw this as a way to pay less of them without (as I perceive it) giving up anything of much value,” says Berkowitz in an email with Entrepreneur.

To be sure, Berkowitz isn’t the first to find a work-around to San Francisco's sky-high rent. A young software engineer has been living out of a truck parked in the Google parking lot for more than 10 months and he’s charting his savings.

A pod. A truck bed. The stuff Silicon Valley dreams are made of. 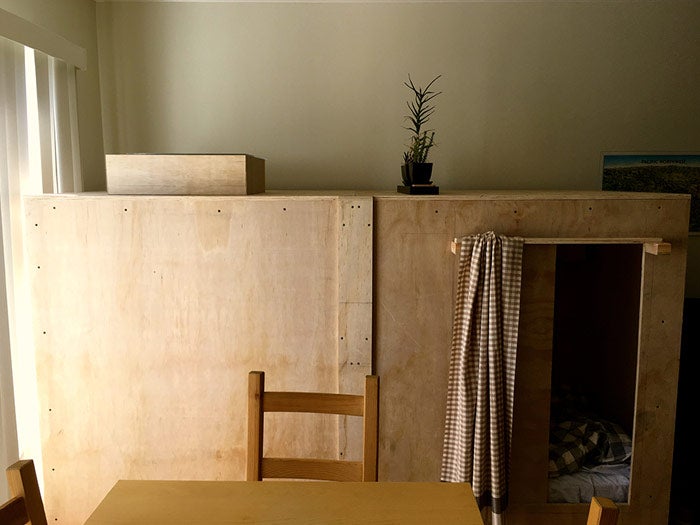 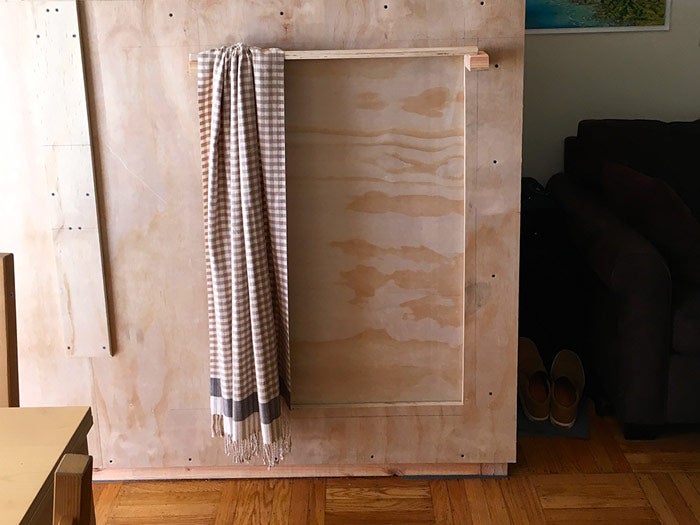 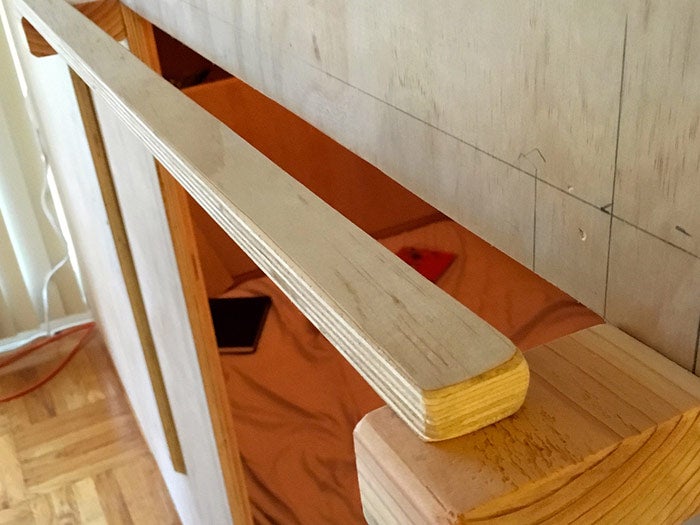 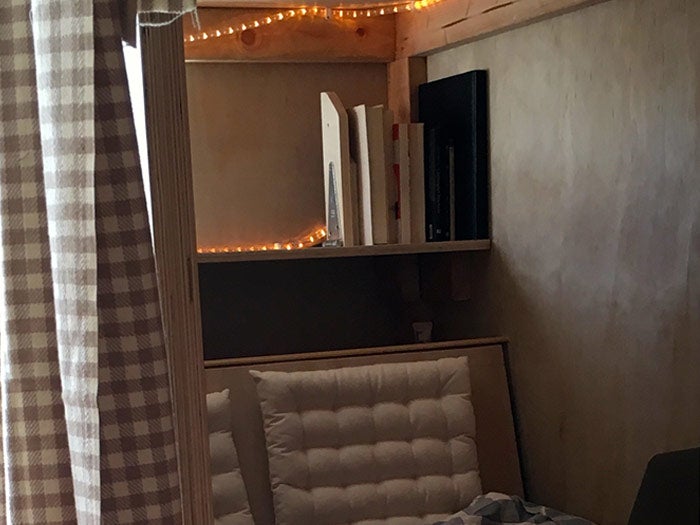 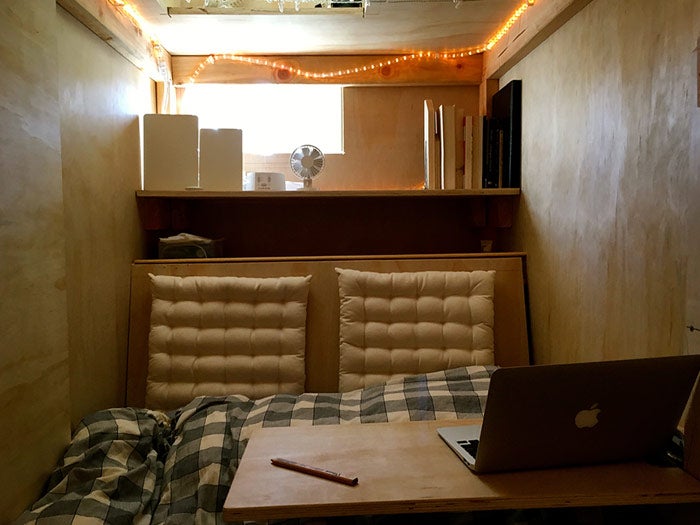 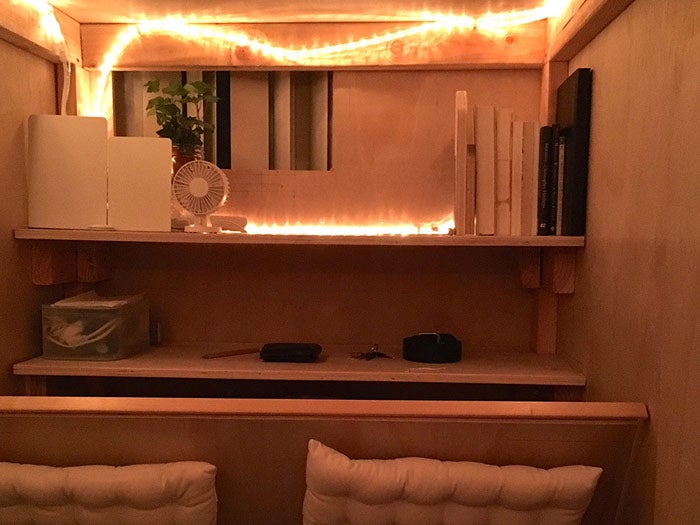 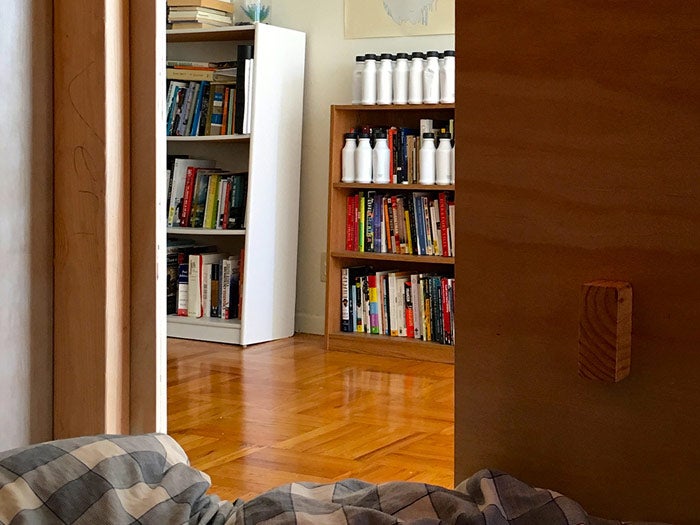