As a small business owner or entrepreneur, you’ve likely already tapped into Facebook, Twitter, Instagram, YouTube, and Pinterest to push your brand. Sure, these networks work great, but there are others out there that can help you reach niche audiences. If you haven’t considered these social networks, now might be the time to do so.

You might not consider Quora as a ‘social’ network since it isn’t conversational in nature. To some, that’s a drawback. To others, it’s an opportunity.

With Quora, users submit questions for others to answer. Pretty basic, right? But when you have a question you want it answered by someone who knows what they’re talking about. Businesses have a rare chance to deliver answers to a person and leverage themselves as a thought-leader, while driving traffic back to their website.

Not a bad return for simply answering questions you already know the answers to. 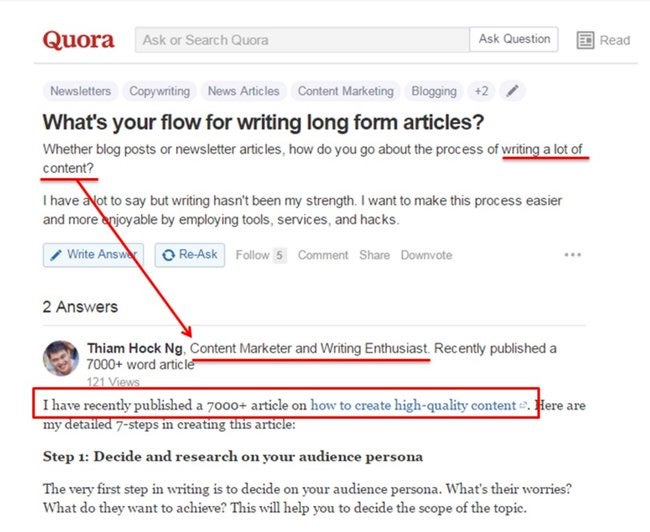 Originally plagued with a less-than-stellar reputation, Snapchat has grown to 100 million active users each month. Popular with younger Millennials for a quick interaction with a friend or brand, snaps -- pictures or 10-second videos shot on Snapchat -- are a fast and effective way to give followers behind-the-scenes footage, quick tips and tutorials, and even offer coupons or giveaways.

For small businesses or solopreneurs, Snapchat may be one of the easiest ways to reach engaged customers. Snaps expire after a set amount of time, making it easy to offer exclusive offers to your Snapchat audience.

Communication can be a two-way street. Snaps can be sent to your followers asking for advice or feedback on a new product or offering, and followers can answer with candid live snaps. Plus, followers can ask questions that you can answer in quick snaps. It brings customer service to a whole new level.

Known as the "Instagram for video," Vine allows users to record six-second video clips to express more than a photo can. Popular with anything from comedy to commentary, businesses are quickly adopting Vine to educate customers, show off their staff, and even run a promotion or two.

Since there’s no high-tech equipment or editing needed, businesses big and small can quickly shoot ‘vines’ with just a mobile device, or get more creative and elaborate, like this Vine:

Customers win with a free cup of coffee. Conoco wins with any additional purchases customers make while getting that free coffee.

As a location-based app, Yik Yak allows users to write anonymous posts, or Yaks, for users in that geographic area to see. It’s becoming increasingly popular with college students -- and local businesses in college towns are tapping Yik Yak to learn more about their potential customers and engage with these anonymous users.

Since everything posted on Yik Yak is anonymous, businesses need to use Yik Yak differently than other social media apps. Instead of promoting your business, use Yik Yak for storytelling to form deeper connections with the audience.

Also, carefully formed Flash Yaks -- a short series of Yaks posted about the same subject in a short period of time -- can raise curiosity from others about the topic or content. Used sparingly and with authority, Flash Yaks can benefit your businesses’ branding efforts.

Are these social channels worth tapping into? Yes, but it’s best to repurpose your content across streams. Small businesses and entrepreneurs are tight on resources so taking on new social channels can be a daunting task. Test them out, but put an end date on your efforts. The payoff on smaller social media platforms can be big, but if it’s not working for your business, don’t be afraid of cutting ties either.

Just remember, the social media landscape changes quickly -- and often it’s better to be an early-adopter rather than jumping on the bandwagon.