By Hollis Johnson May 16, 2016
This story originally appeared on Business Insider

The age of the restaurant self-service kiosks has dawned, and it's the end of fast food as we know it.

Hollis Johnson
Robot overlords may not be taking over the world, but McDonald's Create Your Taste kiosks might.

McDonald's is striding into the 21st century with the rollout of the "Create Your Taste" touchscreen kiosks, on which custom burgers can be built as well as full-menu ordering.

The kiosks are incredibly convenient and improve order accuracy, to which I can personally attest.

Panera Bread has fully committed to the kiosk craze as well.

The company's "Panera 2.0" initiative is in full swing. About 50 percent of company-owned stores already have the technology installed, and the remaining locations expect to have kiosks in place by the end of the year.

Combining the kiosks with Panera's "MyPanera" rewards membership is an added bonus.

"Beyond shorter lines and improved accuracy, customers love the fact that they can save those modifications as favorites or order from their history," says Blaine Hurst, Panera Chief Transformation & Growth Officer. 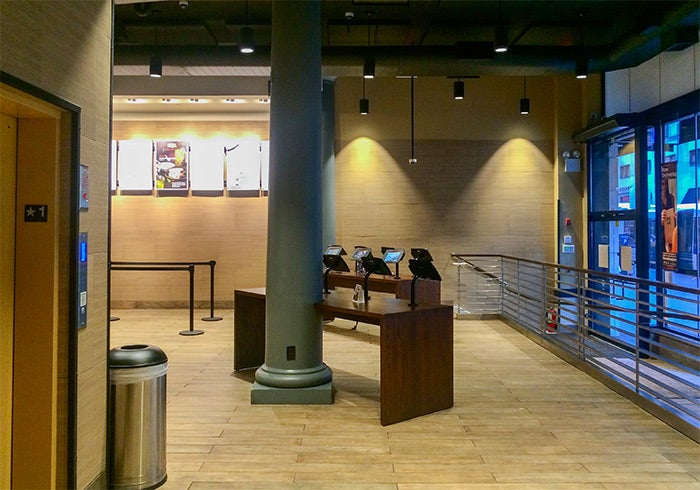 Panera's new kiosk system may look like an Orwellian cafeteria, but it allows for better accuracy.
Image credit: Hollis Johnson

And now, Wendy's has announced that it will make kiosks available in the later half of 2016.

While the choice will be up to the franchisees, many will likely embrace the option as a way to save on labor costs. Wendy's President and CFO, Todd Penegor, acknowledged recent pressure on the labor market in a recent earnings call.

"We've been able to create some efficiencies on labor across the restaurant ... like customer self-order kiosks, mobile order, and mobile pay," Penegor said. Kiosks could possibly "mitigate any of the inflation" seen on the wage front for Wendy's, and could for other chains as well.

As the fight for a higher minimum wage continues, some argue that higher labor costs will force fast-food companies to cut staff. 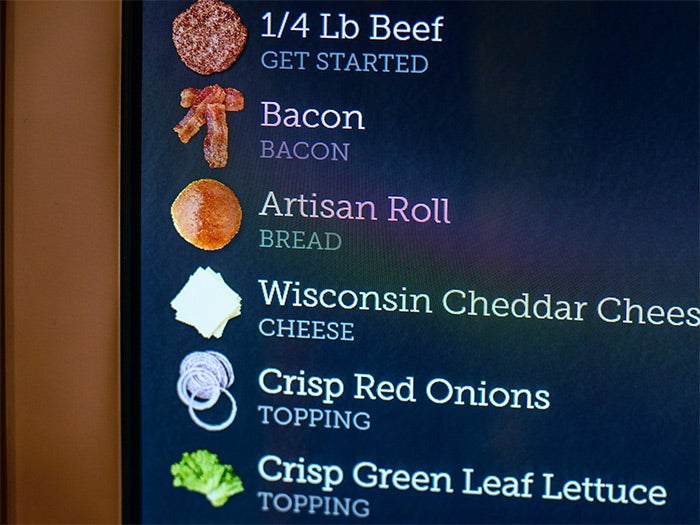 The kiosks at McDonald's bring a whole new experience to the chain and streamlines the ordering process.
Image credit: Hollis Johnson

Andy Puzder, the CEO of Carl's Jr. and Hardee's, is convinced. "If you're making labor more expensive, and automation less expensive -- this is not rocket science," Puzder told Business Insider's Kate Taylor.

Even so, others see automation as a fantastic labor opportunity.

Panera's kiosk revolution will allow for more workers in the kitchen, increasing productivity. "The consumer-facing technology results in labor savings for Panera; these hours are redeployed in the cafe. In fact, in most cases, Panera increases the number of associate hours in our cafes; and they see increases in overall guest satisfaction," Blaine Hurst explains.

Is 2016 the last stand of the fast-food worker? Perhaps not, but as automation and self-service kiosks develop, the way the fast-food industry manages and utilizes human labor will change drastically.

So embrace the robots for now -- they may be making your dining experience easier.

Hollis Johnson is a visual-features reporter at Business Insider, typically covering retail and transportation. He graduated from the photography program at the Massachusetts College of Art and Design.

His photography work has been shown nationally and in several online publications, including HAFNY and Aint-Bad Magazine.

Sophia, the first android with citizenship, now wants to have a robot baby