Great leadership trades in the currency of inspiration.

“In today’s crazy world, leadership is about inspiring everyone you touch to be the best they can be,” says Kevin Roberts, global chairman of advertising house and communications firm Saatchi & Saatchi, during a conversation with Entrepreneur in his New York City penthouse apartment. “The key thing for a leader to do today is to create other leaders.”

To that end, this week Roberts released a new book, 64 Shots: Leadership in a Crazy World (powerHouse, June 2016) chronicling the leaders who have inspired him and why. In the book, Roberts celebrates individuals such as actor Russell Crowe, physicist Albert Einstein, theologian Rowan Williams and Amazon founder Jeff Bezos.

Great leaders, says Roberts, who also serves as the head coach of the communications company Publicis Groupe that employs nearly 80,000 people, must be inspirational by being empathetic, master psychologists. Here’s a primer on what that means.

The foundation of leadership is inspiration. Great leaders can’t pull a team along, step by step. Rather, a great leader sets a dream in front of a team and makes it so the team wants to achieve that dream.

Related: Why Your Brand Is More Important Than Your Product

In particular, millennials (young professionals born after 1981, according to Pew Research Center) are nearly single minded in doing work that provides them experiences that contribute to a greater cause, Roberts says. The idea of a career is not interesting at all to a young professional. Therefore, great leadership is about inspiring a team to be part of a larger vision. 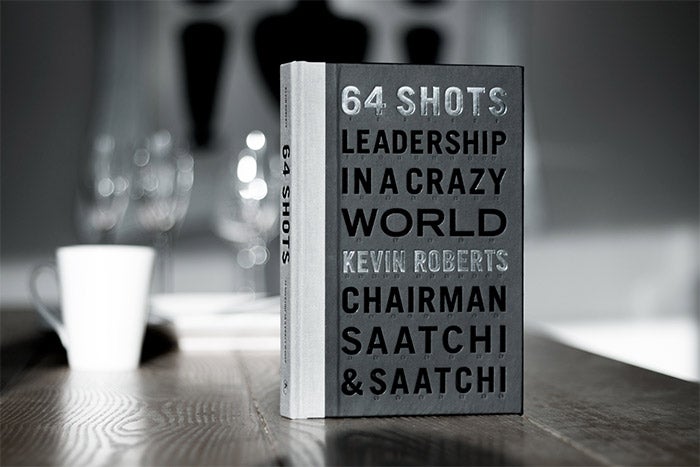 “Leaders have to make things happen,” Roberts says. "In the past, leaders used to sit on top … to get things done, quarter after quarter after quarter. There are no quarters anymore. Wall Street thinks there are, but this is nonsense. The world can change overnight with one tweet, one product problem, one attack, one crisis, and it is gone. You have three hours, you don’t have three months.”

Legendary leaders constantly expand their reach by inspiring and creating other leaders, Roberts says. Technology is changing the way we live at such a tremendous pace that a single leader can’t dictate the direction of a team, business or organization. Instead, great leaders must empower team members to become leaders in their own right, capable of radiating inspiration and productivity outwards.

In the same way that some individuals might be naturally inclined to be more artistic than others, some might be more drawn to the idea of being a leader. That said, leadership can be nurtured.

“I absolutely believe that leadership can be taught. It’s a skill. It combines art and science,” Roberts says. “People have different instincts so you can’t train instinct, but you can develop intuition. And on top of that you can build skills, program, knowledge. This idea -- ‘oh, he will never be a leader’ -- I have never subscribed to that. I simply don’t believe that.”

Managers dictate from up high, but great leaders regularly take the temperature of their teams and respond with empathy and emotional sensitivity. To be sure, developing emotional fluency requires conscious effort and time, but to inspire a team, it’s essential, Roberts says.

Related: The Best Entrepreneurs Get Out of Their Heads and Open Their Ears

“Great leaders empathize. They can feel the ebb and flow. … They listen with all their senses, not just their ears. A lot of corporate leaders don’t listen at all, they are just waiting to talk and overpower and tell.”

Great leaders don’t let their ascension up the corporate hierarchy give them permission to stop improving.

The biggest mistake people with authority make is that “they start believing their own shit. The further up a company you go, the more stupid you become,” Roberts says. Staying connected with your team requires humility, generosity and commitment.

Related: 'The Further Up a Company You Go, the More Stupid You Become'

“One of the mistakes that leaders make is that they become more comfortable with themselves because they have no time” to make improvements to the way they think, feel and lead, Roberts says. “They have their hierarchy of needs upside down. Great leaders spend time on themselves first, not in a narcissist selfish way, in a humble way, in a curious way.”