With more than 200 ranking factors, tackling Google calls for a game plan.

By R.L. Adams January 5, 2017
Opinions expressed by Entrepreneur contributors are their own.

To succeed with SEO in 2017 you need trust. Trust is the core component of Google's relevancy-oriented search. Without trust, you're simply not relevant. Yet, building trust is a double-edged sword and somewhat of a catch-22. For newcomers, especially, gaining visibility without trust has become incredibly difficult.

However, without visibility, how are people supposed to garner those all-important shares and links to your content? If someone can't discover your article, how are they supposed to engage with it and like it enough to send it to their friends or share it on social media? Clearly, in the beginning, the odds are stacked up against us. But there is a way forward.

Trust is most certainly the pathway to Google's heart, if there ever was such a thing. And by leveraging this understanding of trust, we can succeed with SEO to make money online, build passive income streams and build a successful business in the long term -- as long as we play by Google's many rules.

At the core of Google's relevancy equation, trust itself is created through three fundamental pillars. Within those three pillars, there are more than 200 different factors that help to comprise the search giant's core algorithms. Once you understand these fundamental pillars, you can work on building up your trust across each of these areas.

But before I launch into a discussion about that -- and convey some of the strategies that will allow you to explode your presence by using the inherent power of search engine optimization -- let me give you a bit of history. You see, the reason why it's so difficult to dominate Google's search results is because the search engine has been scorned once too often.

As Google's search grew over the years and turned into the dominant player that it is today, people realized the importance of ranking high organically. Clearly, the near-limitless amount of free traffic can send any business into the stratosphere. Everyone knows that, and because of it, everyone is drawn to it.

Yet, over time, as people understood how the system worked, they began to take advantage of certain less-than-scrupulous strategies that allowed them to rank their content quickly at the top of Google's search. These weren't the most relevant search results, which enraged Google. Because of that, Google knew things had to change.

Related: Get Prepared for the Future of SEO

As an upshot, SEO has seen some dramatic upheavals in recent years at the behest of Google and its core mission to cultivate an internet to wield more inherent value for the global populous. And while things have calmed down recently, the last five years has seen a massive overhaul in the way Google determines what the most relevant search result is.

Before you can really understand what it takes to rocket up Google's Search Engine Results Pages (SERPs) in 2017, you have to digest what's changed. The reason? The changes are integral to the bigger picture and just what Google's intentions are with the web.

Google's main aim is to deliver the most relevant search result in the quickest manner possible. Clearly, it's perfected that. So much so that it digitally obliterated its competition, vastly skewing the major market share towards its powerful search, while making the company a household name in the process.

The algorithm updates that have been put in play have gone by names like Panda, Penguin, and more recently, Hummingbird, amongst droves of others. These algorithm updates have been intended to improve the user experience, eliminate spam and scams, and to increase the overall relevancy of search.

By understanding what's changed, you can gain perspective into Google's intentions on what it's attempting to achieve. It desires content that helps to improve the lives of others, delivers value and that users want to engage with. Those are the most relevant search results. That's what Google is after. But for years, it got quite the opposite. It dealt with unscrupulous individuals attempting to "game" the system.

In a book entitled SEO 2017: Master Search Engine Optimization, I lay the groundwork for Google's trust, which is represented by three fundamental pillars. These pillars are integral to Google's relevancy equation, and if you fail to address each of these pillars of trust, you'll find yourself floundering in a sea of competition, unable to gain the precious visibility that you're after.

Age is more than a number. Google relies on its relationship with you over time to judge just how much it can trust you. The longer it's known about you and the more often it sees you creating high-quality content that delivers tremendous amounts of value, the more it's going to trust you.

Age also doesn't rely on the date you first purchased your domain. Age refers to the indexed age, meaning when Google actually discovered your domain. If you buy a domain and leave it dormant for years, that won't help you. You have to actually do something with it.

The second pillar of trust is authority. Google relies on other sites that it already trusts to determine what newcomers should be trusted. If you have a site with great content, and other websites that Google already trusts are linking to you organically, your trust will naturally increase over time.

However, building authority is incredibly difficult at the outset. When you're new, and you're unable to get discovered at the top of Google's SERPs, how are people supposed to find you and subsequently link to you? Unless you quite literally go viral, you have a steep uphill battle ahead of you, but authority is also incredibly important to your overall ability to rank.

The third underlying component of trust is content. Your content plays a large role in your visibility on Google's SERPs. Simply put, you can't push out subpar content and expect to gain traction. Your content has to deliver enormous amounts of value if you're serious about attaining the search giant's attention.

But it's not just about one-off content. You need to regularly deliver great content on your site, the kind that people want to share and engage with. Without great content, you have nothing, and no matter what SEO strategy you employ, it will fail. No one will link to a site with poor content. Don't waste your time by trying to cut corners or take shorcuts. Content is most certainly still king.

Five SEO strategies to help you rank in 2017.

One of the most important SEO strategies to use in 2017 is content marketing. At the heart of this strategy is high-quality content that delivers a tremendous amount of value. This so-called "anchor content" is located on your website. However, it doesn't end there. You need to market that content on authority sites such as Quora, Reddit, WiseLike, LinkedIn and other highly-trafficked destinations on the web.

Engaging in content marketing is not easy by any measure, but this single SEO strategy will help you rocket just about any of your listings to the top of Google's SERPs over time, as long as it's done the right way. To do this, there's a very specific method. You have to ensure that you build similar and relevant content that's keyword specific on authority sites such as Medium.com, LinkedIn.com and Quora.com, and that the content has a single link from the authority site back to the main anchor content on your primary domain. 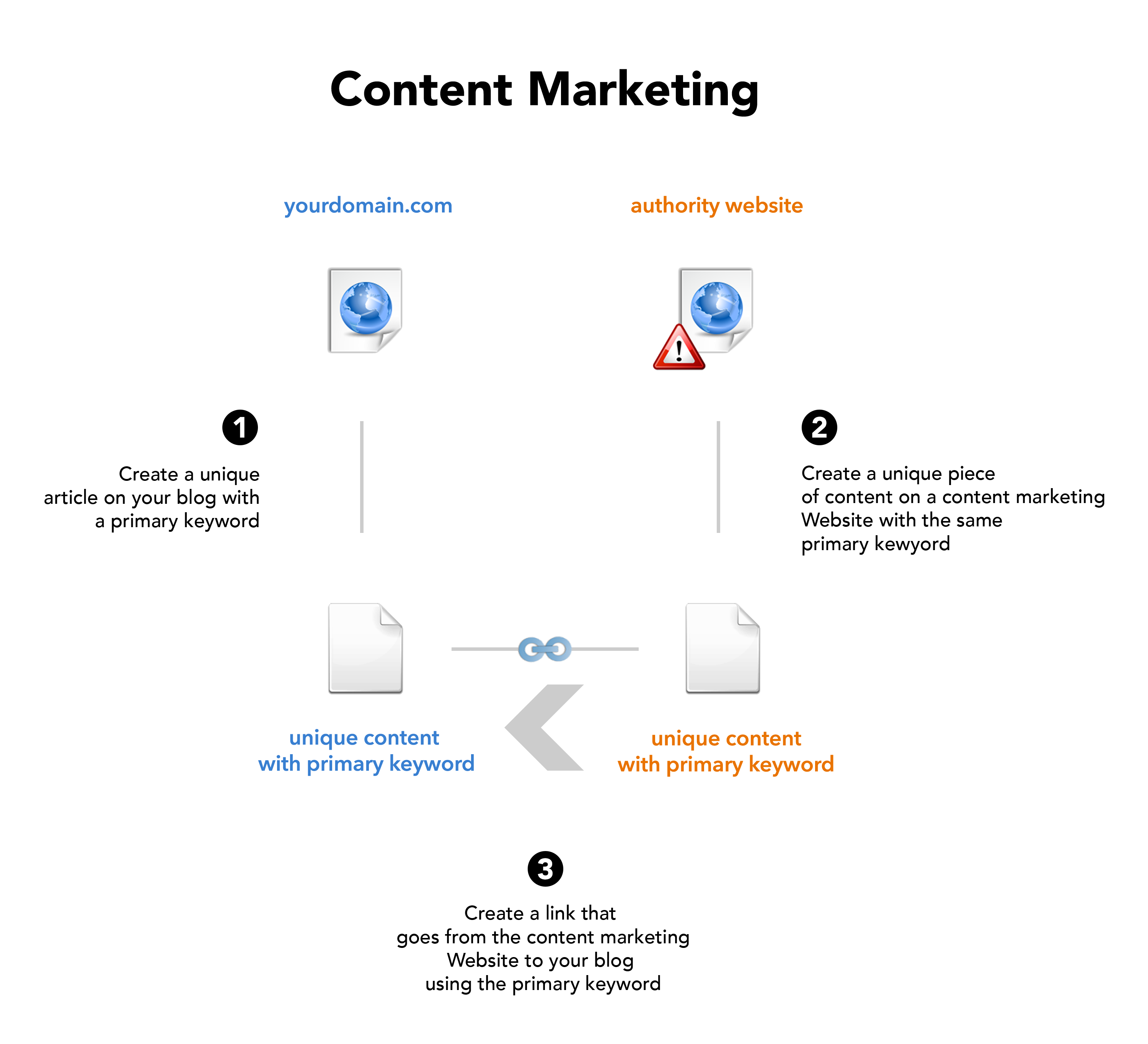 Strategy 3 -- Focus on mobile and AMP

Google has made a concerted push to mobile. Considering that mobile searches are now far surpassing desktop searches, it's no wonder the search giant is so focused on mobile. However, most people are still behind the curve when it comes to mobile. Their sites load properly on desktop browsers, but not on mobile devices or even tablets.

Leverage a responsive design for your site, if you presently don't have one right now, to ensure that your site is optimized for mobile devices. Google has also recently launched its Accelerated Mobile Pages (AMP) project, which further increases mobile load times. You can learn more about the AMP specification here.

Strategy 4 -- Leverage the power of videos

Whether it's 2017, or any other year for that matter, every SEO strategy needs the power of video marketing. Videos take your content into the stratosphere due to the popularity of video platforms such as YouTube and Vimeo. Creating useful tutorials and other informative videos are also a great way to deliver real value to people in a multimedia format that's easily accessible to anyone with a smartphone camera.

Build relevant videos to further deliver the point made in a particular article on your site, and ensure that the description is keyword rich -- but not keyword stuffed. Leverage elements such as the title and tags to fuse the keyword-centric nature of your video content.

Strategy 5 -- Be social and engage with others

Authority is built up over time, but it also can't be built up unless you're social and you engage with others. In the beginning, they won't come to you. In fact, what you've likely noticed is that it's incredibly hard to rank any content at the outset. That's because most newcomers have very little age and very little authority. So you have to get out there and build it.

This isn't just about sharing your content repeatedly with others. You can't simply cheerlead your own cause and expect to get ahead. You need to be social, add value to conversations, follow others and take an interest in what those people are doing if you want them to take an interest in you.