Dynamic speakers who are worth your time and attention.

The loneliness of the entrepreneurial journey is well-known to all who are on the path, which is likely why entrepreneurs enjoy gathinging to share experiences and take inspiration from each other. At the heart of the most memorable and energizing conferences is a dynamic keynote speaker who offers both an example to aspire to and a message that is entirely relatable.

Signing up any of these 10 speakers is certain to make your event a success. If you have the chance to gather with other entrepreneurs to hear them speak, drop what you are doing and go listen. 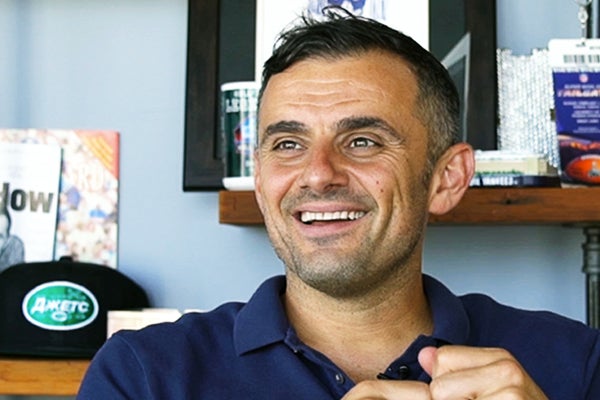 Gary Vaynerchuk began his career working at his family liquor store and went on to launch America’s first wine e-commerce sites. A few years later, he launched VaynerRSE that invests in and launches the next generation of world-changing technology companies. Later that year, he launched VaynerCapital as well as the #AskGaryVee Show which answers questions on business, entrepreneurship, marketing, and more.

Gary has written four New York Times best-sellers and has appeared on ABC News, Bloomberg TV, CNBC, CNN, The Tonight Show with Jimmy Fallon, Late Night with Seth Meyers and The Ellen DeGeneres Show. The guy is everywhere, including in your face. Gary is hilarious, has a passionate love of four-letter words and always leaves his audiences amped up and ready to get to work.

Notable quote: “Look yourself in the mirror and ask yourself, what do I want to do everyday for the rest of my life… Do that.” 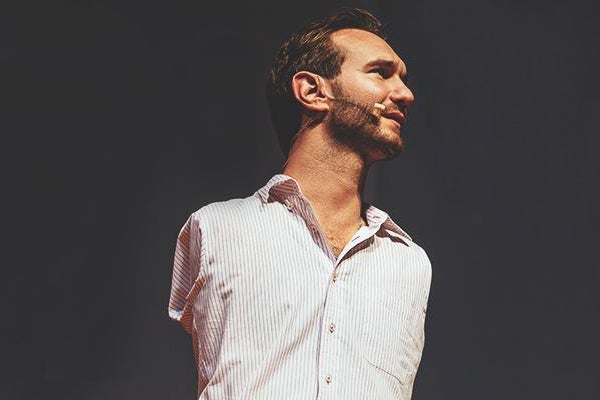 Nicholas James “Nick” Vujicic is an Australian Christian Evangelist who turned his personal struggles into a motivational message for others. Without any medical explanation or warning, Nick was born in 1982 in Melbourne, Australia, without arms and legs. Since his first speaking engagement at age 19, Nick has traveled around the world, sharing his story with millions—sometimes in sold-out stadiums. In 2007, Nick made the long journey from Australia to southern California where he is the president of the international non-profit ministry, Life Without Limbs.

Notable quote: “When you feel like giving up, force yourself to work another day, another week, a year. You’ll be amazed what happened when you don’t give up.” 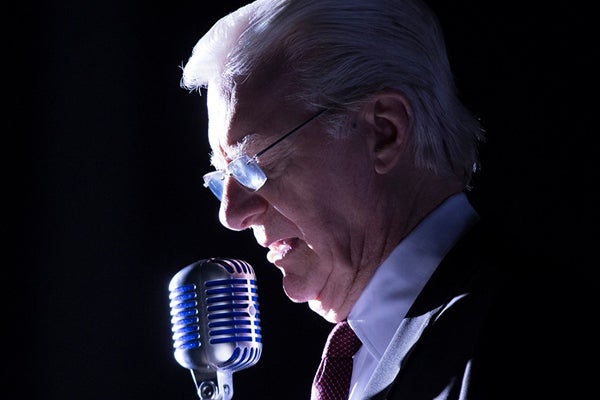 Bob Proctor started studying Think and Grow Rich in 1961 and it transformed his life. Often referred to as "The Granddaddy of All Motivational Literature," the book inspired him to start his own personal development company. Proctor is now paying that inspiration forward, as a speaker, author, consultant, coach and mentor. He works with business entities and individuals around the world, instilling within them not only the mental foundations of success and the motivation to achieve, but also the actionable strategies that will empower them to grow, improve, and thrive in today’s ever-changing world.

Notable quote: “The only limits in our life are those we impose on ourselves.” 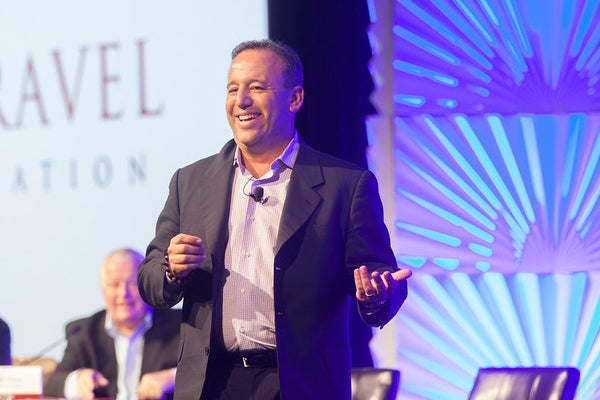 David Meltzer is CEO of Sports 1 Marketing, a firm in which he co-founded with Hall of Fame Quarterback Warren Moon. Previously he was the CEO of the world’s most recognized sports agency, Leigh Steinberg Sports & Entertainment. Meltzer, named “Sports Humanitarian of the Year” by Variety, speaks passionately to his audiences about achieving success and living a good, meaningful life. He is the author of the best-selling books Connected to Goodness and Compassionate Capitalism. 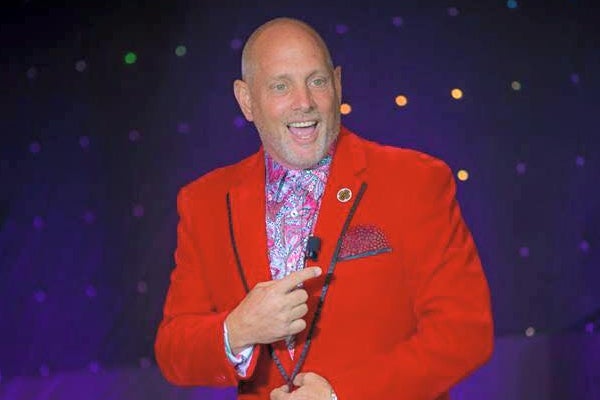 Greg Reid is an entrepreneur, and the CEO of several successful corporations. His other projects include The Millionaire Mentor, Positive Impact, Three Feet from Gold and Napoleon Hill’s Road to Riches. Considered to be the modern voice of inspiration, Greg is one of the most sought-after motivational speakers in the corporate arena, sharing proven strategies of turning obstacles into opportunities.

Notable quote: “When you do what you love and love what you do, you’ll have success your whole life through.” 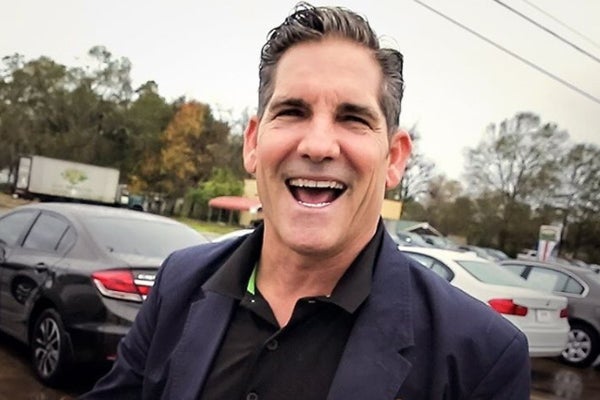 Grant works with small companies and Fortune 500 companies to grow sales by finding overlooked opportunities and customizing the sales process to be more effective. He has worked with companies like Google, Sprint, Aflac, Toyota, GM, Ford, and thousands more. He owns and operates four companies that do almost 100 million in annual sales. He is also a New York Times best-selling author, international speaker, and considered the top sales training and social media expert in the world today.

Notable quote: “No matter how much it may seem otherwise, no one has control of your life but you.” 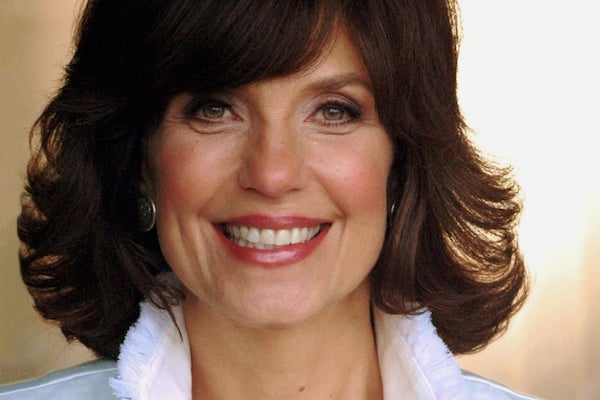 Cynthia is the Chief Humanitarian Officer of the Unstoppable Foundation whose mission is to ensure that every child on the planet receives access to the life-long gift of education. Cynthia is a leader in the transformational industry. She’s the bestselling author of two books, “Unstoppable” and “Unstoppable Women”, a collection of powerful stories and strategies from people who through perseverance and consistent action turned obstacles into personal triumph. These books have motivated countless readers with over 500,000 copies sold worldwide in 17 languages.

Notable quote: “Believe in yourself and there will come a day when others will have no choice but to believe in you.” 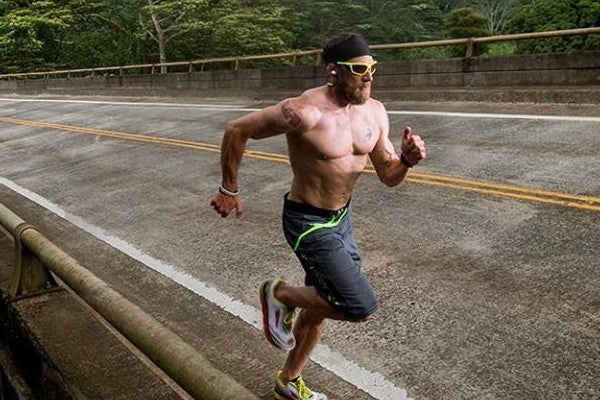 James is a 39 year old triathlon coach and personal training. He set out on a grueling endurance challenge on June 6 in Hawaii. His goal was to compete in 50 Ironman-distance events in 50 different states, all in 50 consecutive days. He succeeded, finishing his final 2.40 mile swim, 112-mile bike ride, and 26.2 mile run 50 days later in Utah on July 25th.

He is an experienced athlete, having completed more than 40 official Ironman triathlons, 40 Half Ironmans, and 15 marathons. He currently holds world records for most Ironman-distance events completed (30) in a single year and most Half Ironman distance vents completed (22) in a single year. Lawrence said he thrives on helping others. He and his wife plan to travel to schools to give motivational speeches about conquering obesity and leading an active lifestyle.

Notable quote: “The reality is that in your darkest moments you can rise up and be perfect for 60 seconds. Find a reason to be perfect for one minute. As you get better, you’ll be able to string more and more perfect 60 seconds together.” 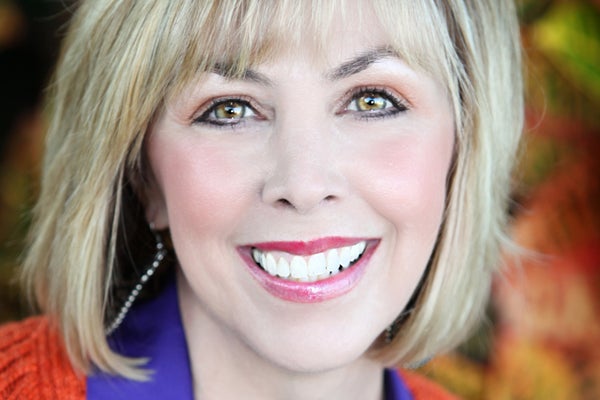 Kim is the founder and CEO of a personal branding and social media business consulting firm known as Boom! Social. She is also the author of “The Quick and Easy Guide to Branding Your Business and Creating Massive Sales with Pinterest.” She is the leading business coach of Boom! Social. Kim provides social media keynotes and in-depth training to entrepreneurs and corporations such as IBM and the Florida Keys Digital Marketing Conference, and has appeared in Digital Journal and a BIB Podcast.

Notable quote: “You have only got three choices in life -- give up, give in, or give it all you’ve got.” 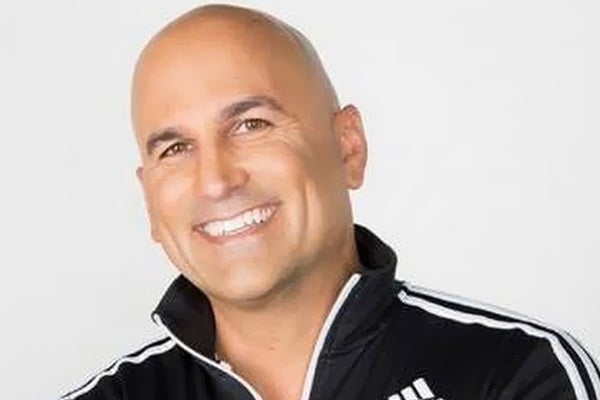 Scott Duffy is an entrepreneur and business growth expert. He began his career working for best-selling author and speaker, Tony Robbins, and went on to work for several big media brands like CBS Sportsline, NBC Internet, and FOXSports.com. Next, he founded Smart Charter, an online booking tool for private aviation, which was acquired by Richard Branson’s Virgin Group.

Today, Scott is a champion for entrepreneurship. He is a highly regarded Keynote Speaker who has spoken at the NYSE and provided commentary in numerous media outlets including CNBC, FOX News, and CBS Radio. He is the Co-Host of “Business & Burgers, Presented by Microsoft”, Best-Selling Author of Launch!, a roadmap for building great companies, and Founder of The Launch Project, which provides Startup, Growth, & Capital Consulting.

Notable quote: “Every new day provides a fresh start and a new opportunity to do things right.”

Measuring Event ROI Is More Than a Revenue Game