By 14, the Oracle of Omaha was making a profit, investing his money and paying taxes.

Billionaire Warren Buffett’s success began at a young age. In fact, the financial genius has been making an income, investing money and paying taxes since the ripe age of 14-years-old.

Buffett’s road to becoming one of the richest people in the world started in 1944, when Buffett was a paperboy in Washington, D.C. How do we know this? The billionaire investor recently shared his 1944 tax returns to PBS NewsHour, revealing how he began building his $75 billion net worth while he was still in school.

The returns show that Buffett was raking in $592.50 in annual income, and declaring $228 in interest and dividend income. Overall, he was paying $7 dollars in taxes. Today, that means 14-year-old Buffett was making $8,221.18 in income, and his investments in today's dollars would be worth $3,163.59, according to Quartz.

Not only that, but the tax returns also demonstrate Buffett’s meticulous nature. The young Buffett was writing off all of his business-related expenses, including $10 for a watch repair and $35 of “Bicycle - Misc.”

While his tax returns today, which he released during the presidential elections, look nothing like those from 73 years ago, it’s intriguing to see how Buffett got his start -- take a look below. 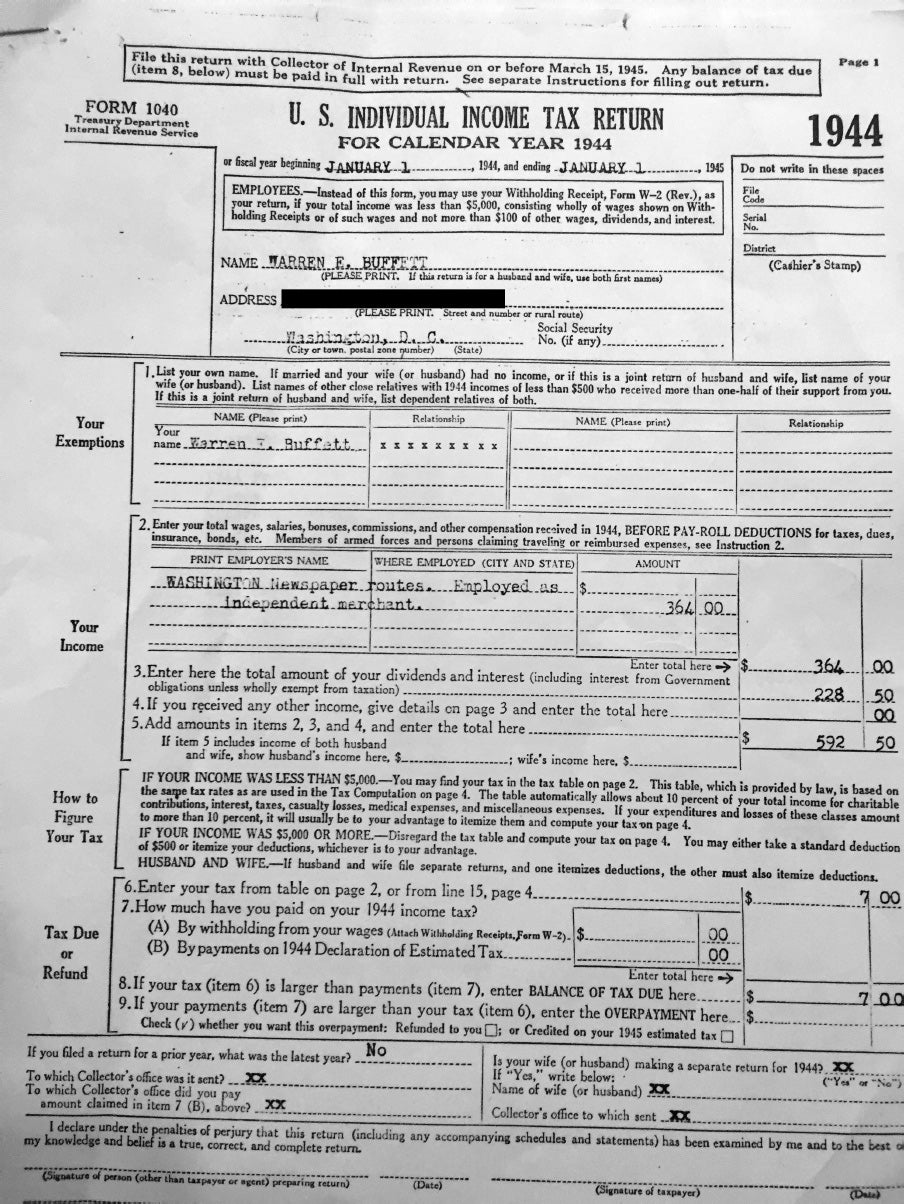 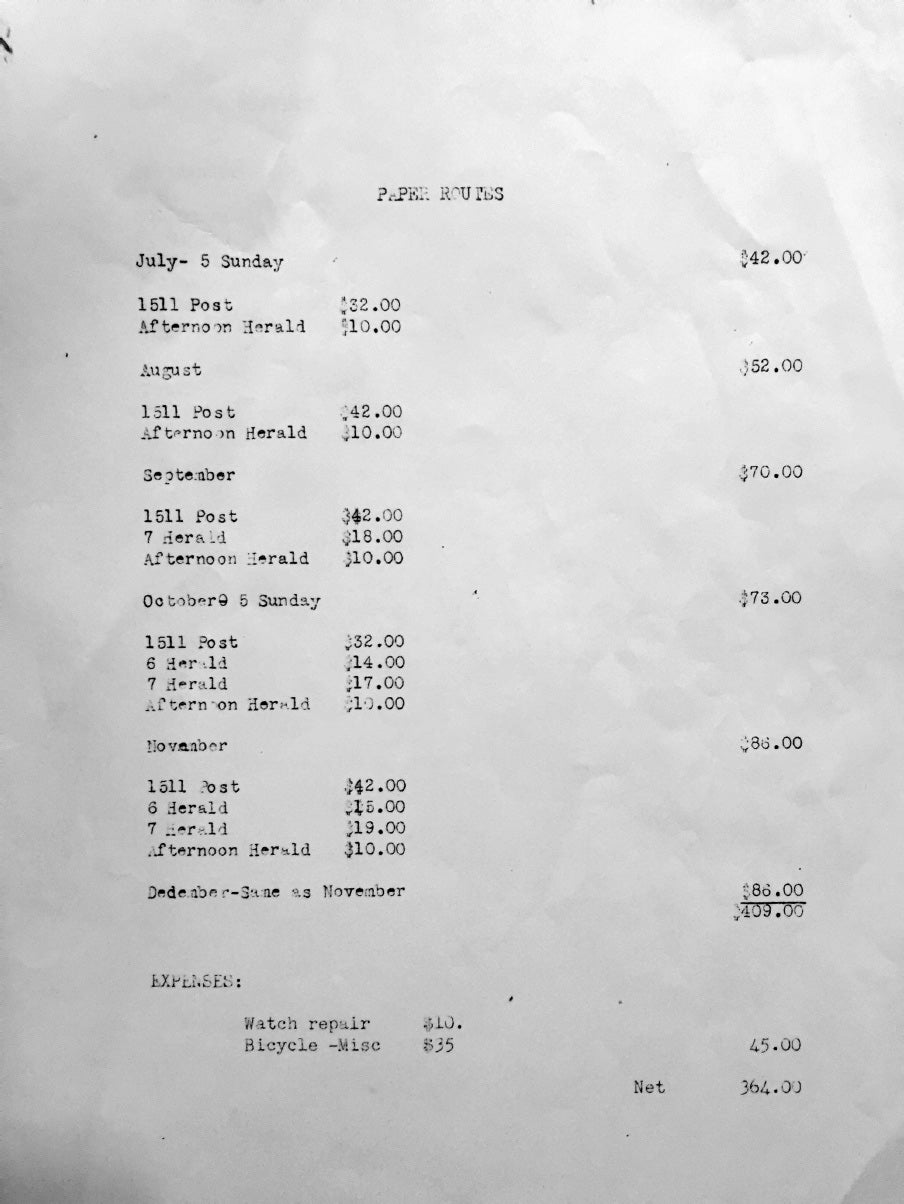 What Richard Branson and Warren Buffett Reveal About Personal Branding

This is why Warren Buffett will not leave his entire fortune to his children.