10 Quotes to Help You Not Suck and Be Awesome, According to an Awesomeness Expert

Nick Riggle's new book is a roadmap to achieving awesomeness.

What’s better than being excellent? Apparently it’s being awesome. And we'll stop you right there: these words are not interchangeable. At least according to Nick Riggle, a philosopher and author of the new book, On Being Awesome.

In the book, Riggle outlines “how not to suck,” pulling in real world examples, helping to create a blueprint for achieving awesomeness and providing analyses and tips on the subject of awesomeness.

“The word awesome as it resonates with us these days has new social meaning; it’s used to talk about social openings and their dynamics,” Riggle writes in his new book. As defined in the book, “social openings” are “when we break out of our norm-governed roles by expressing ourselves” -- that could be cracking a joke to the person next to you during your morning commute or starting a wave in the audience of a basketball game.

Social openings are the beginning of building up your awesomeness as well as your community’s. Doing things such as taking risks, expressing yourself, creating things and giving back help to cultivate both personal awesomeness and as Riggle calls it, a “coperson” community of awesomeness.

According to Riggle, building these communities starts with individuality, having a sense of self and appreciating and respecting others’ individuality. “Being awesome is a matter of creatively breaking out of, or riffing on, norms that determine much of everyday life, and doing so in an expressive way, generating a social opening that allows for the mutual appreciation of individuality,” Riggle writes. 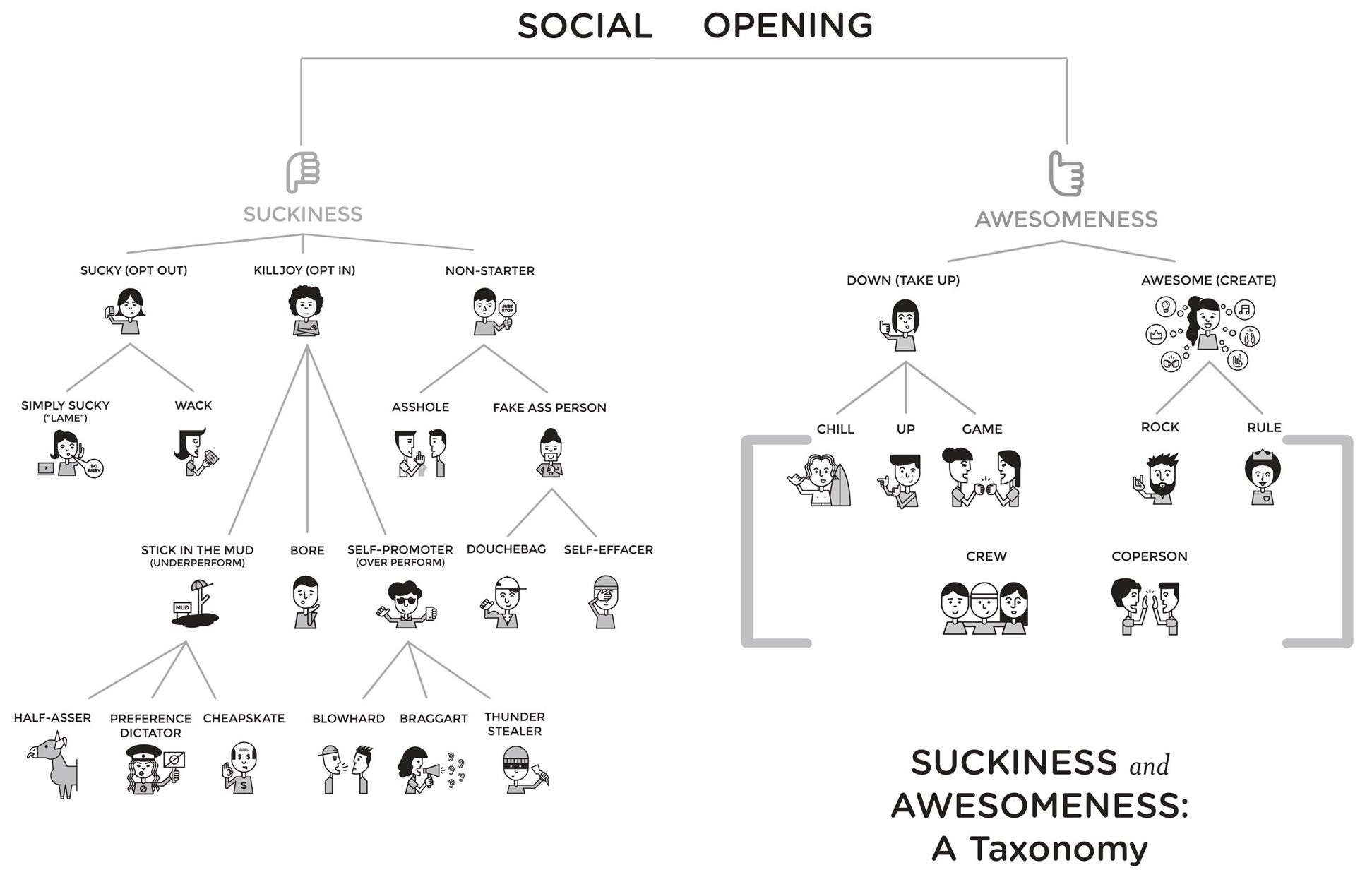 Image Credit: "On Being Awesome: A Unified Theory of How Not to Suck" by Nick Riggle

There are a number of things a person can do to be awesome. For example, someone can suck as a person but still do something awesome -- however, that doesn’t make them an awesome person. To make sure you don’t suck and to learn more how you can be awesome, here are 10 quotes from Riggle’s new book.

“Your individuality is constituted by your aspirations, your cherished beliefs, what you love and value, your sense of humor, your talents, whether you’re shy or intense, your taste in food, music and clothes and so on.”

“The kinds of things we do when we express ourselves -- play, create, explore, take risks, imagine and so on -- allow us to deepen our self-understanding and appreciation. This, in turn, allows us to cultivate and refine our sense of self or individuality.”

“People who suck recognize the opportunity for a social opening but don’t act on it.”

“Awesomeness is a distinctive phenomenon, wherein someone expresses themselves in the spirit of fostering a coperson community -- from creating a social opening at the local cafe to enlivening or enriching the community or workplace, throwing a great party.”

“Being awesome is a matter of creatively breaking out of, or riffing on, norms that determine much of everyday life.” 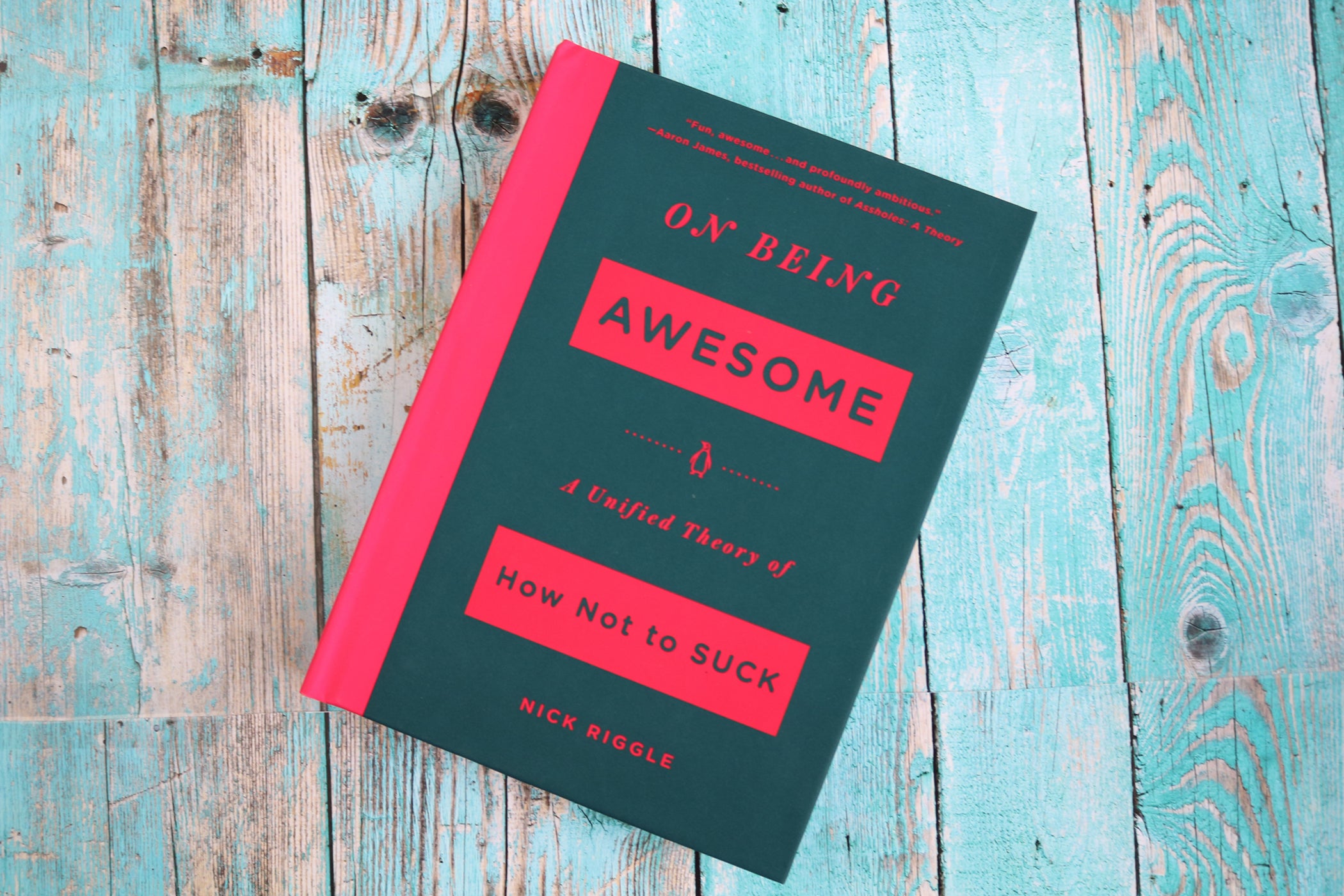 “Awesome culture is primarily a culture of social creativity in action, in which the creative sociality centrally involved the cultivation, exploration and appreciation of individuality.”

“If you’re living a life, developing a style, becoming the kind of person who aims to make people laugh, think, play, imagine, smile, care, strive, or empathize, then you’re probably attuned to the ethics of awesomeness.”

Related Video: Why the Key to Self-Improvement Is Not Complicated

“We have to cultivate our social imaginations and excel at perceiving, interpreting, understanding and sympathizing with our copeople.”

“Suckiness can really sting, and when we try to be awesome we can really mess up by being insensitive, imperceptive, overly ambitious or forgetful.”