This Entrepreneur Travels the World While Making More Than Most Doctors

November 2, 2017
Opinions expressed by Entrepreneur contributors are their own.

Jeremy Page is living proof the digital nomad lifestyle is alive and well.

He’s built a small empire on the back of several highly successful internet businesses that leverage long-form, evergreen content to dominate search engine rankings. Page lives and works from anywhere he wants, scores incredible media exposure for his properties, and banks PhD money with nothing more than a laptop and small outsourced team.

His latest venture, Company Reviews, is a site that ranks the best companies that Page is betting will make consumers lives a lot easier—and generate passive income for years.

Company Reviews and his other ventures mean Page habitually books one-way flights to distant countries (he’s spent time in Brazil, Panama, Thailand, Vietnam and Macedonia in the last year) all while maintaining his businesses.

How does he do it? Page calls his approach “playing chess with the internet.”

“Build and scale content that people want and Google loves,” he says. “If your content is basic you’re going to have a hard time getting stuff to rank in Google, even if you build a bunch of links.”

For his first venture, an online business ideas blog called Multiple Streams, Page focused on creating impressive content around network marketing, small-business ideas and work-from-home jobs. He began to rank for often-searched keywords in the industry. Multiple Streams eventually became one of the largest network marketing and work-from-home blogs on the internet. 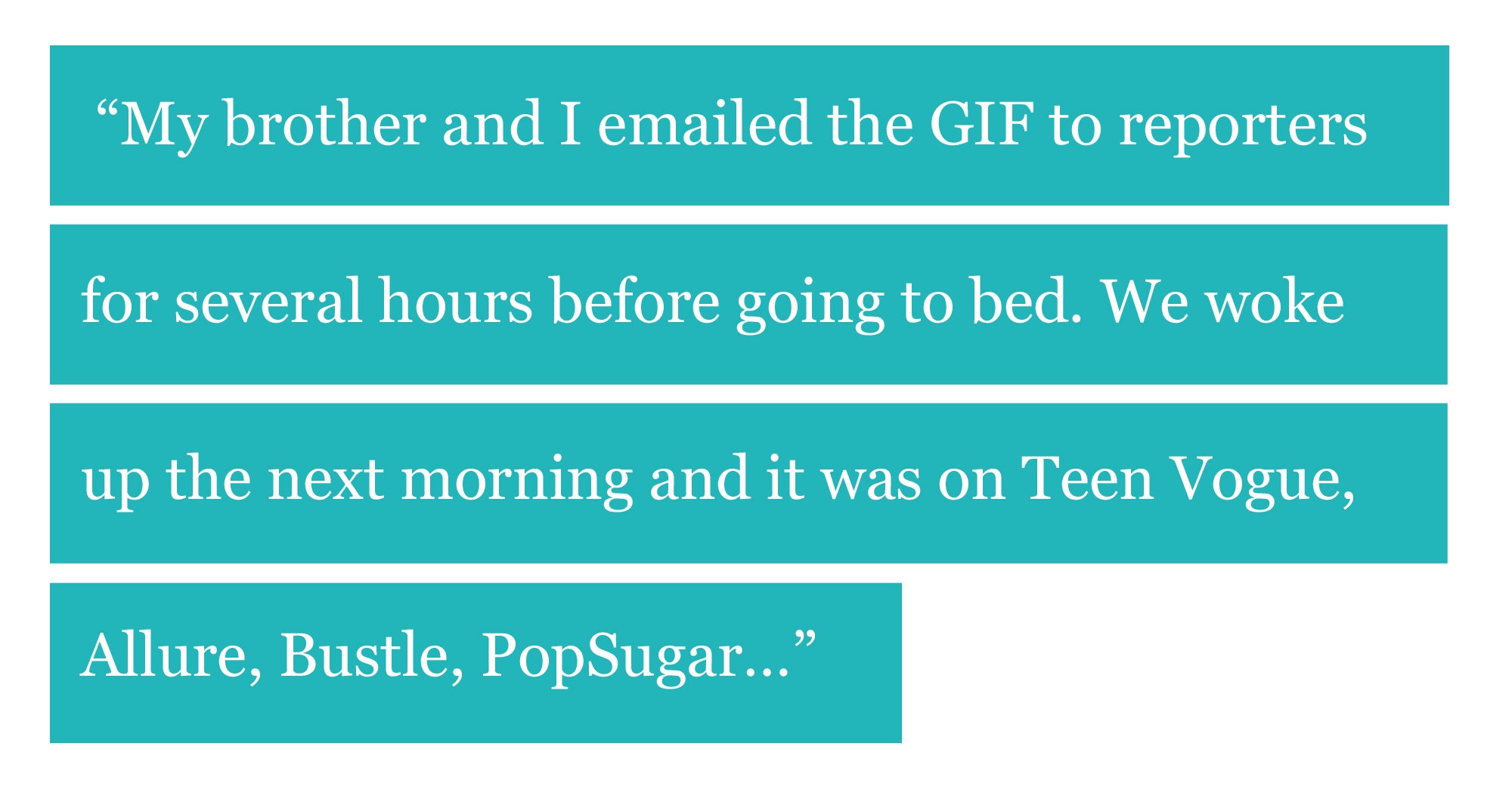 The site generates income with its popular mentorship program, which teaches marketers how to provide leads for businesses. To date, the program has mentored over 3,000 students worldwide.

“I love long-form, evergreen content that will be relevant five to 10 years from now. Nothing converts better than incoming search traffic, and nothing is as passive as search traffic,” Page says. “It just takes a lot more time and effort to build and maintain, which scares away the masses.”

Company Reviews looks to be much bigger than Multiple Streams, using the same tactics that engineered Multiple Streams’ passive income. The site ranks the best companies in different categories so consumers can make quick purchasing decisions vetted by experts.

Bizarrely, he engineered a successful launch of Company Reviews by releasing a morphing GIF of Michelle Obama on her last birthday (and days before Trump’s inauguration).

“My brother and I emailed the GIF to reporters for several hours before going to bed. We woke up the next morning and it was on Teen Vogue, Allure, Bustle, PopSugar, about 10 different sites. All of them linking to our brand. It was a signature Mike Cernovich move of driving the news cycles, and it worked.”

Page has a deep knowledge of the internet acquired through thousands of hours of research, implementation and experimentation. This was an education born out of obsession.

As a college grad selling phones at a mall kiosk, Page went on a reading binge. He inhaled works by Tim Ferriss, Robert Allen and Richard Branson. These wildly successful entrepreneurs preached a compelling sermon: the internet gave everyone with some focus the ability to build a profitable business that freed them from the chains of 9-to-5 employment.

“From that point on, the focus was there,” Page says. “I wanted to control the hours of my day. I had to learn the internet. I became obsessed.”

Started from the bottom.

Page is the first to say he didn’t get to six figures in passive income overnight. In fact, he insists how important failure is to the process.

He racked up an impressive run of failed ventures before Company Reviews, including a 3-on-3 basketball tournament company, an electric car website (“I had no idea what I was doing”), a bamboo iPhone wallet case company, and a bootleg clothing shop that earned him a cease and desist letter from the rapper Drake’s lawyers.

During this time, Page took an entry-level position at an SEO marketing agency for a year, then disappeared to Central America for nine months, living on dollars a day to bootstrap his various business ideas.

“I was trying everything,” he says. “Most of my projects failed, but I got feedback loops every time they didn’t work out.”

Page realized the multi-level marketing (MLM) community needed serious guidance. MLM resources often get a bad rap for providing “scammy” advice to people desperate to build passive income. “I realized the MLM community had good intentions,” Page says. “But they are often misled by information providers. Providing that audience with a service that helped them build a real online business was huge.”

Page partnered with two other entrepreneurs in the space to create the site’s successful mentorship program. 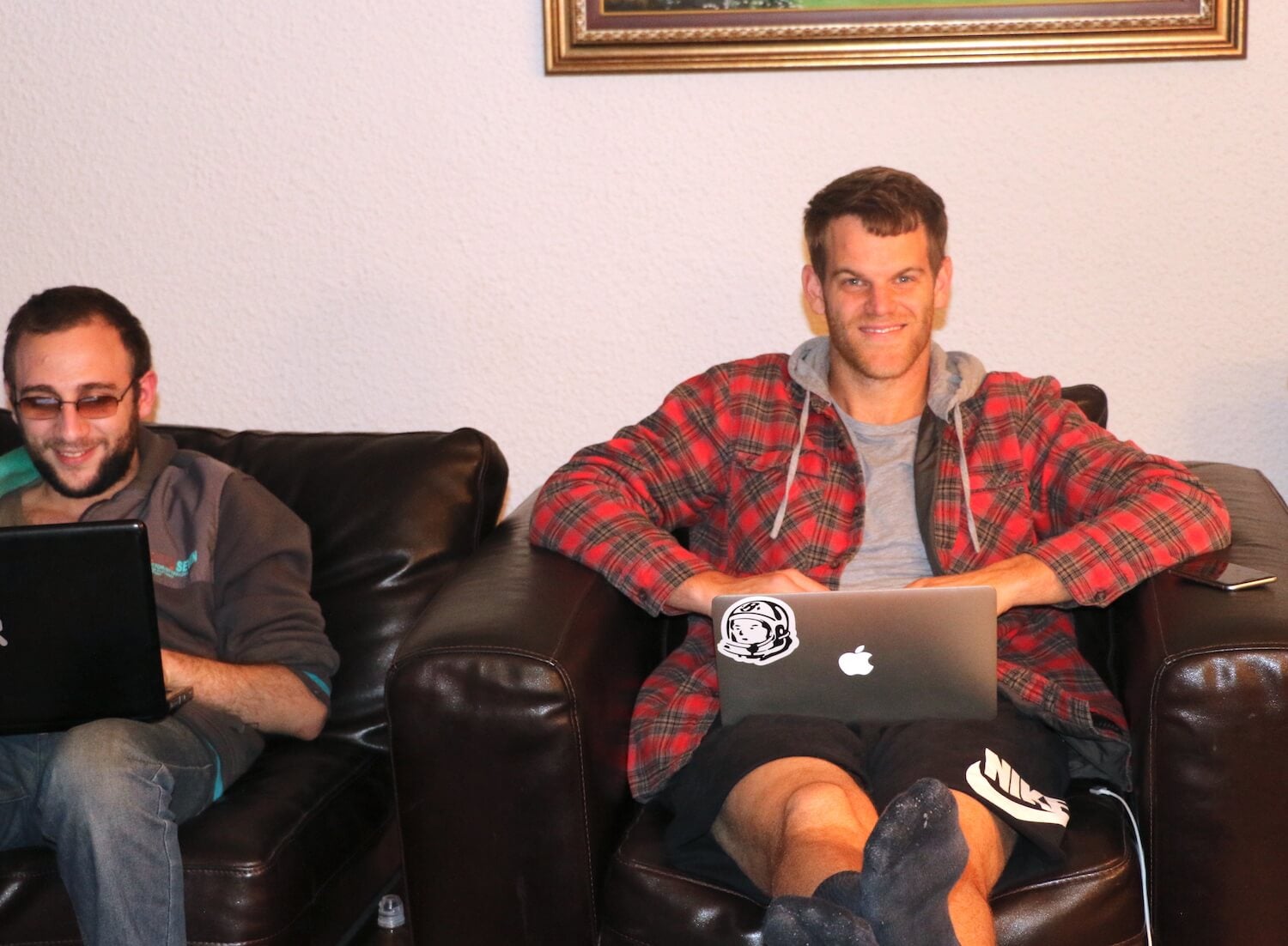 By 2015, Page was making his entire yearly salary from his former job every month. He had also achieved true lifestyle freedom. When he was building Company Reviews, he jumped on a plane to Macedonia and personally worked with the site designers he hired to build the backend. He hired a front-end designer in Idaho (where he has his home base) to complete the site.

That kind of flexibility gives this digital nomad a huge advantage over competing web properties.

“I have the ability to allocate resources effectively without company politics, bureaucracy and red tape,” he says. “Everything is lean, minimal and essential.”

He runs his business while traveling extensively and working out of coffee shops and hotels. Last year alone he kicked around Eastern Europe, lived in Brazil for a few months, and visited Panama, Thailand, Vietnam and India.

The approach allowed him to dial in on what’s important and execute at light speed. For Company Reviews, that was content and promotion. Page produces content in the top 1 percent of the market, either himself or through domain experts, then promotes it exhaustively with the PR and SEO tactics he’s acquired over the years.

“It's too fun competing against companies that raised millions and have fancy startup shops,” Page says. “I work from coffee shops and pay people using PayPal.”

Despite crushing his financial goals, he still approaches his business like the rent is due. “Staying ready is the art of not getting comfortable,” he wrote to his online following in 2015. “Staying ready is committing yourself to a lifelong pursuit of mindset development. Staying ready is living within your means while seeking to expand your means.”

“I’m staying ready,” he says. “I’m always building out more digital assets. And the world is my office.”

How to become a rich digital nomad.

By the end of 2015, Page was making his former yearly salary every month from the web properties he built. He shared the four principles that helped him do it.

1. Find mentors. “Instead of following dozens of other marketers, deconstruct your learning from ground zero and find a mentor or two who are already doing what you want to be doing,” counsels Page. “Help them out if at all possible. Don’t expect anything in return and watch what happens.”

2. Read daily. “Condition your mind daily by reading material that will elevate your mind,” Page says. “Your business will go as far as your mind will take it. Download knowledge from people who inspire you.”

3. Run your business through a list. “I saw extreme periods of productivity with weekly focused planning sessions,” Page says. “When you work for yourself, you realize clocking in doesn’t matter anymore. It’s all about the results and what you need to get done.”

Page read that Richard Branson ran his business through a list of people he wanted to work with and a list of what he needed to get done. “I did the same. I would write myself an email, then print off the weekly action items. I take that list everywhere with me.”

4. Ask the right questions. Page learned this one from Peter Thiel: “If you have a 10-year plan of how to get where you want to be, ask yourself ‘Why can’t I do this in six months?’” This question helps entrepreneurs of all stripes breakthrough the standard and limiting frameworks in their minds around any target or goal.

Do you want to work at Amazon Mexico? 2,500 job openings will open in four states of the country