If you're unhappy with your job, moving to Hawaii could be the solution.

By Rose Leadem January 20, 2018
Opinions expressed by Entrepreneur contributors are their own.

Are you happy with your job? If you live in Hawaii, Alaska or Wyoming, then you probably answered “yes.”

It’s no surprise that a job can have a strong impact on your happiness. Often, many people have experienced first-hand what it feels like to be unhappy with your work, which can have an effect on your social life, family relationships and overall well-being. Research shows that the average worker will spend one-third of their life at work, so it’s important to make sure you’re doing something that makes you smile. And it turns out, geography can also play a big role.

Looking at employees in 599 career paths across the U.S. in 2017, career platform Sokanu uncovered where the happiest workers in the country live and what they do for a living. For the second year in a row, Hawaii topped the list as the state with the happiest employees, and Alaska followed close behind. Wyoming, West Virginia and New Mexico also made the cut for the top five states, with New Mexico moving up a whopping 42 spots since last year.

Overall, states along the East Coast tend to have the highest numbers of unhappy workers. Likely due to the wary political climate today, Washington, D.C., fell 12 spots since last year, making it the place with the most unhappy workers. Following D.C. is Massachusetts, Pennsylvania and Rhode Island.

Related: 4 Things Science Says You Can Do to Be Happy

So, what kind of careers do these workers have? The careers with some of the happiest workers tend to be in the arts industry and require a high level of expertise including film directors, music producers and comedians. Video game producers and neurosurgeons were also said to be the happiest workers. Some of the least satisfied workers came from the service industry such as cashiers, stock clerks, janitors and telemarketers.

To learn more, check out the infographic below. 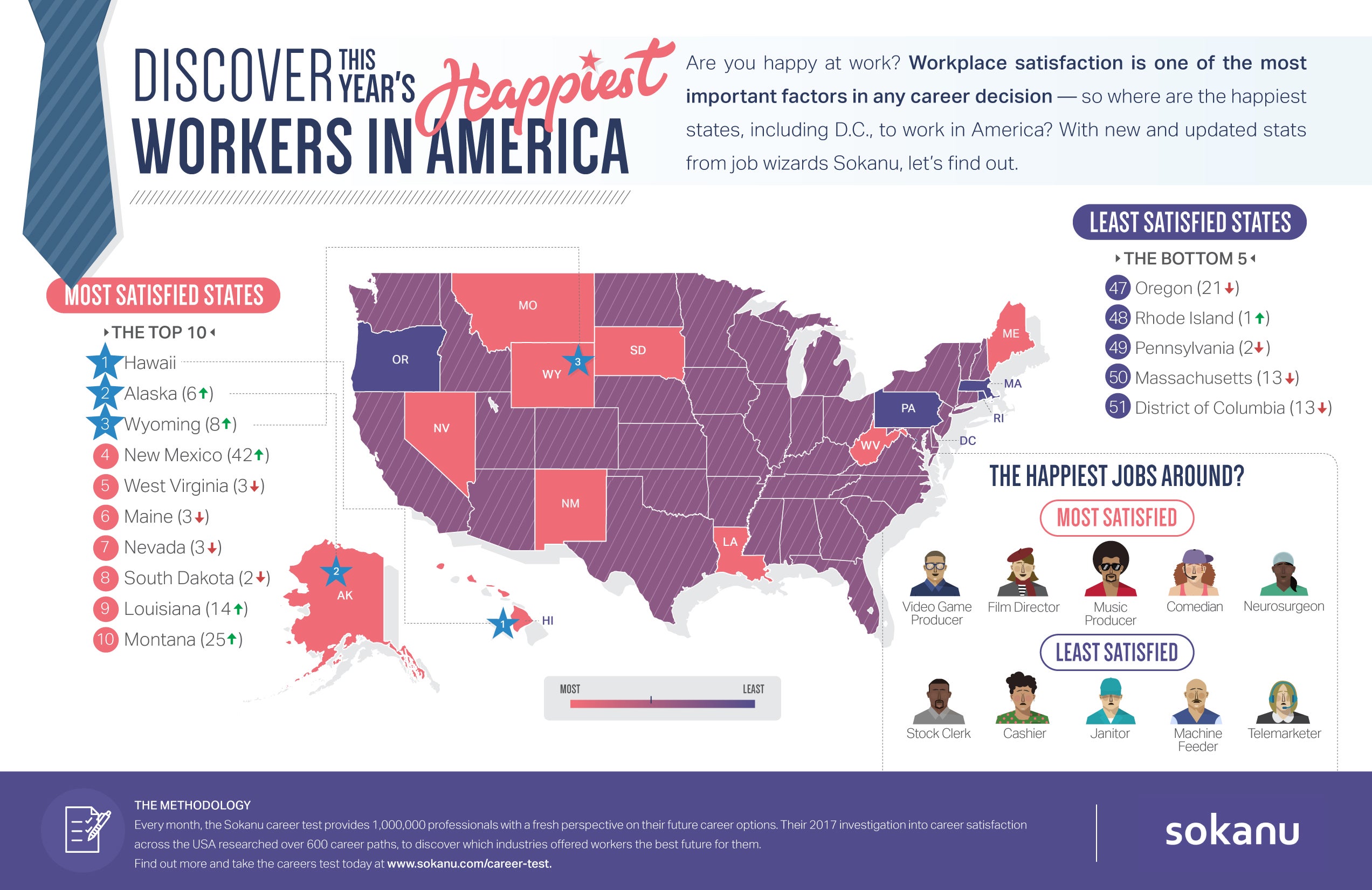