How to Tell if Cambridge Analytica Scraped Your Facebook Data

A new Facebook Help Center article makes it easy to check if your information was shared with Cambridge Analytica.

By Angela Moscaritolo April 10, 2018
This story originally appeared on PCMag

Update (4/10): Facebook has put together a Help Center article that makes it easy to check if your information was shared with Cambridge Analytica via the This Is Your Digital Life app. When I checked on Tuesday morning, it said my account was unaffected. 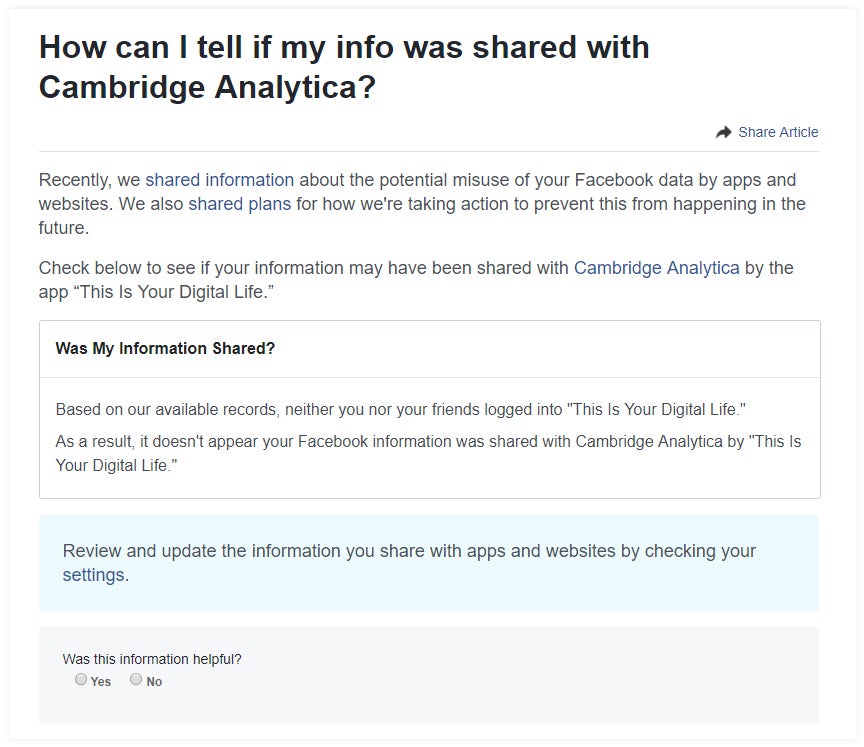 Are you one of the 87 million people affected by the Cambridge Analytica data leak? Starting today, Facebook is adding a note at the top of News Feeds that will let you know if your information was improperly shared with Cambridge Analytica.

Facebook will show you one of the two messages below: If your data was included in the leak, you will see the message on the right; if not, you'll see the one on the left. 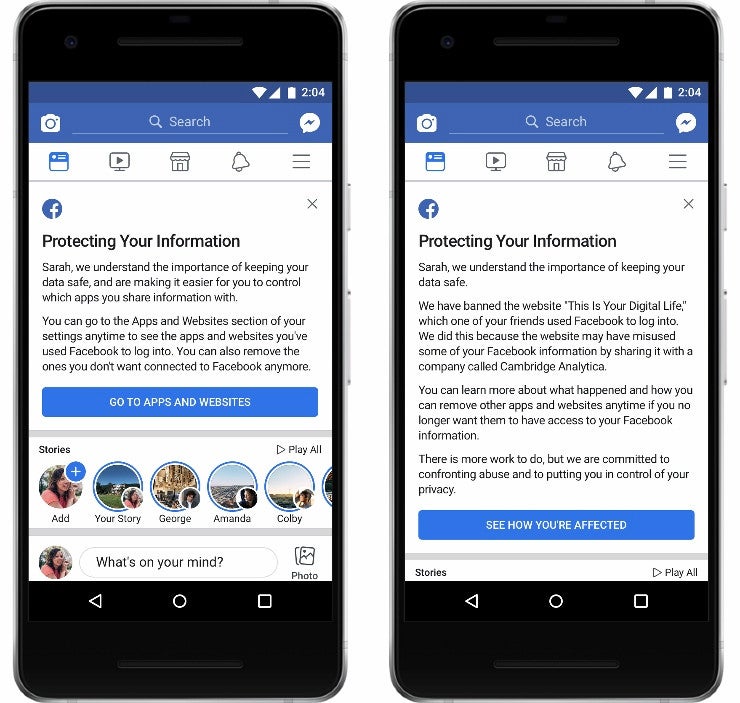 "We have banned the website 'This is Your Digital Life,' which one of your friends used Facebook to log into," the message for affected individuals reads. "We did this because the website may have misused some of your Facebook information by sharing it with a company called Cambridge Analytica."

Facebook goes on to say that it's "committed to confronting abuse and to putting you in control of your privacy." 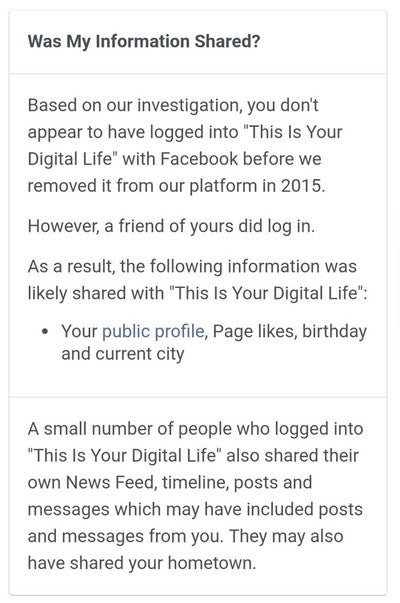 Under the message will be a link where you can learn more information about the leak and see how you're affected. Whether you're affected or not, it's smart to visit your Facebook Settings and remove all the apps and websites you no longer want connected to your account. For detailed instructions on how to do that, head here.

Thus far, the alerts have not yet rolled out to anyone at PCMag, but it's still early on the West Coast.

The leak dates back to 2013 when Cambridge University researcher Aleksandr Kogan developed a personality test app called thisisyourdigitallife, billed as "a research app used by psychologists." It gathered data, with permission, from 270,000 Facebook users. That information should have remained with Kogan, but he instead gave it to Cambridge Analytica, an analytics firm best known for its work on the Donald Trump campaign, which used it to build profiles on potential voters for GOP candidates.

Since thisisyourdigitallife provided access to users' friends, the leak extended well beyond the 270,000 people who downloaded the app. After calculating and tallying up the maximum possible number of friends each person who downloaded it had at any given time, Facebook last week said the leak affected up to 87 million people, most of whom reside in the U.S.

Meanwhile, Facebook today confirmed it has suspended another developer, CubeYou, for allegedly engaging in Cambridge Analytica-style data collection tactics. The CubeYou discovery comes as Facebook CEO Mark Zuckerberg prepares to testify before Congress this week about the Cambridge Analytica leak.