Starbucks Is Teaming Up With Uber to Start Delivering Coffee in 6 of the Biggest U.S. Cities

Starbucks says 95% of its menu will soon be available on the Uber Eats app.

Starbucks is teaming up with Uber Eats to deliver coffee in six major U.S. cities, the coffee giant announced on Tuesday.

The service is scheduled to start in San Francisco on Tuesday before launching in the other cities over the next few weeks, Starbucks said.

By the end of the rollout, Starbucks said, Uber Eats couriers will be able to pick up Starbucks products from one-quarter of the chain's U.S. stores, which amounts to about 3,500 branches. 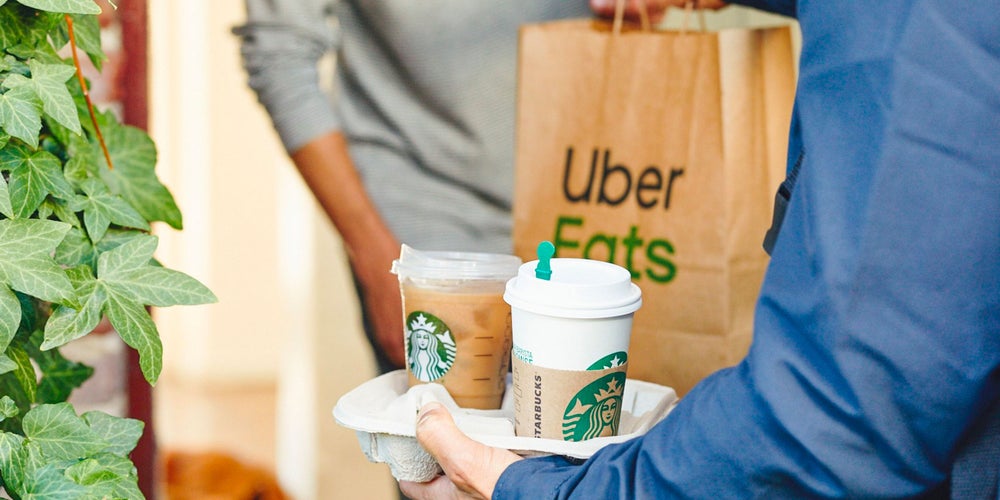 Starbucks, which shared this image when announcing its partnership with Uber Eats on Tuesday, said it came up with new "packaging solutions" to keep coffee hot during the delivery.
Image credit: Starbucks

Starbucks said people would be able to order 95% of its menu on the Uber Eats app under the new service.

Starbucks has also come up with new "packaging solutions" to keep coffee hot within the promised 30-minute delivery time, the company said.

Orders will come with $2.49 base booking fee on top of the cost of coffee, food, and courier travel, it said. 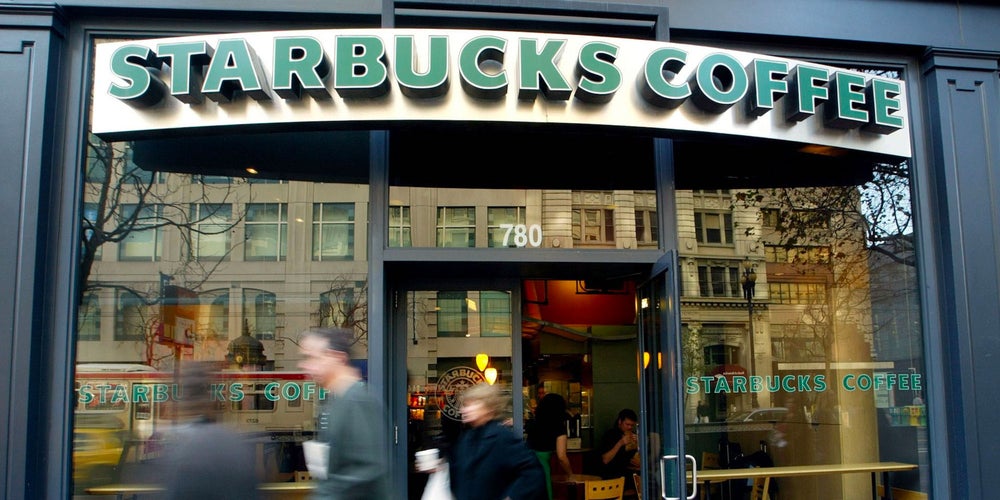 The service was a success when it was tested in Miami last fall, prompting the company to roll it out to more cities, the chain said.

Starbucks said the service would be available in seven US cities -- the six announced Tuesday and an unnamed seventh -- by this spring and would debut in London at a later date. 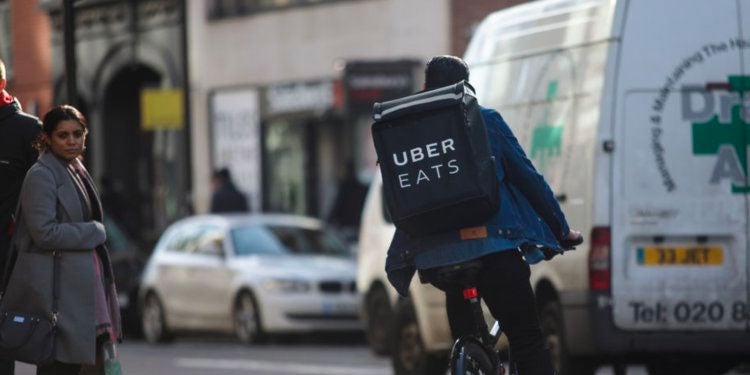 A cyclist in central London working for Uber Eats, which delivers food and drink from 200,000 restaurants in 36 countries.
Image credit: Jack Taylor/Getty Images via BI

Starbucks has 29,000 stores worldwide. Uber Eats delivers food and drink from 200,000 restaurants to customers in 36 countries.

"The partnership with Uber Eats brings together the fastest-growing meal-delivery service in the U.S. with one of the largest food and beverage retailers," Starbucks said on Tuesday.

Uber Eats is the fastest-growing meal delivery service in the U.S., bringing in nearly as much new spending as industry leader Grubhub.

Uber Eats' partnership with McDonald's has helped to propel the service forwards, and they will hope the Starbucks partnership has the same effect.

In 2018's third quarter, Uber Eats accounted for $2.1 billion of overall gross bookings, and is growing at more than 150% annually.