He also admitted that his biggest luxury was a private jet, which he said was 'a very privileged thing to have.'

When you're as wealthy as Microsoft founder Bill Gates (his net worth is almost $100 billion), you can afford some super-rich-guy extravagances.

In an "Ask Me Anything" session on Reddit on Monday, Gates admitted that his biggest luxury was a private jet, which he previously told Ellen Degeneres was "a huge indulgence."

In the AMA he added: "It [the jet] does help me do my Foundation work but again it is a very privileged thing to have."

Aside from his jet, Gates lives comfortably in his $127 million complex in Medina, Washington, which he nicknamed "Xanadu 2.0."

The 66,000-square-foot house is brimming with state-of-the-art technology, and has seven bedrooms and 18 3/4 bathrooms. 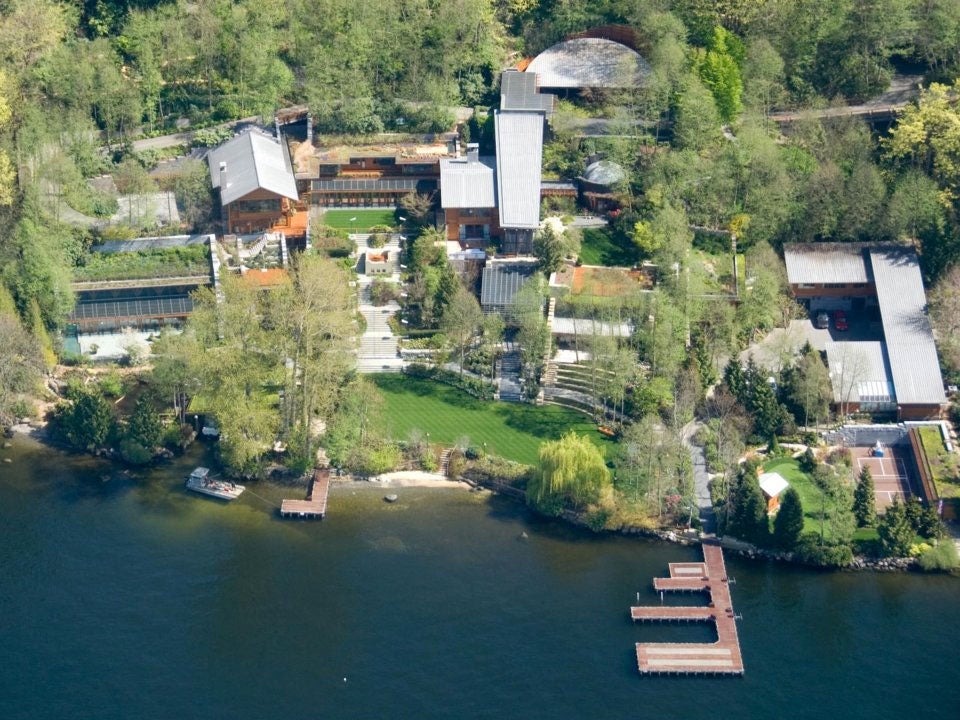 In the AMA, Gates confessed that the enormous lakeside development also features a trampoline room.

"[The trampoline room] seems kind of over the top but my kids love using it to work off their excess energy," the billionaire said.

As well as the high-ceiling trampoline room, the home is also equipped with an in-house theater, library, and a 60-foot pool with its own underwater music system.

The house was built with 500-year-old Douglas fir trees, and 300 construction workers labored on the home — 100 of whom were electricians.

It cost more than $60 million and took four years to build.

During the AMA, Gates was also asked if being a billionaire has made him happier than if he were just a middle-class person.

He didn't beat around the bush.

"Yes," he wrote. "I don't have to think about health costs or college costs. Being free from worry about financial things is a real blessing."

"Of course you don't need a billion to get to that point," he added. "We do need to reduce the cost growth in these areas so they are accessible to everyone."

Another Redditor asked Gates to share what makes him happy. Gates didn't cite money, instead writing, "Some recently said that when your children are doing well, it really is very special, and as a parent I completely agree."

Another happiness booster? Gates wrote, "Sometimes following through on commitments to yourself like doing more exercise also improves your happiness."

Bill Gates: Some of the Oil Giants Will Fall in 30 Years

How Do Your Eating Habits Compare to Warren Buffett, Elon Musk and Bill Gates? These Are the Billionaires' Favorite Foods to Snack On