Dozens of Workers Have Filed Sexual Harassment Lawsuits Against McDonald's

Roughly 40 percent of women working in the fast-food industry report being sexually harassed at work.

By Kate Taylor May 22, 2019
This story originally appeared on Business Insider

McDonald's is under fire as workers describe alleged sexual harassment at the fast-food giant.

The most recent wave of complaints, filed with support from the American Civil Liberties Union and the Time's Up Legal Defense Fund, are just the latest in a campaign highlighting sexual harassment in the restaurant industry. Roughly 40% of women working in the fast-food industry report being sexually harassed at work, according to a 2016 study by Hart Research.

"For three years, we've been speaking out, filing charges and even going on strike to get McDonald's to confront its sexual harassment problem," Tanya Harrell, a McDonald's worker from Gretna, Louisiana, said in a statement

"But these new charges show that nothing has changed. We cannot wait any longer for action," Harrell continued. She said a coworker attempted to rape her in a bathroom stall.

In September 2018, McDonald's employees in 10 cities organized a strike over sexual harassment allegations. On Tuesday, workers will be joined by television host and author Padma Lakshmi in a protest outside of McDonald's Chicago headquarters.

McDonald's is changing policies and launching a hotline 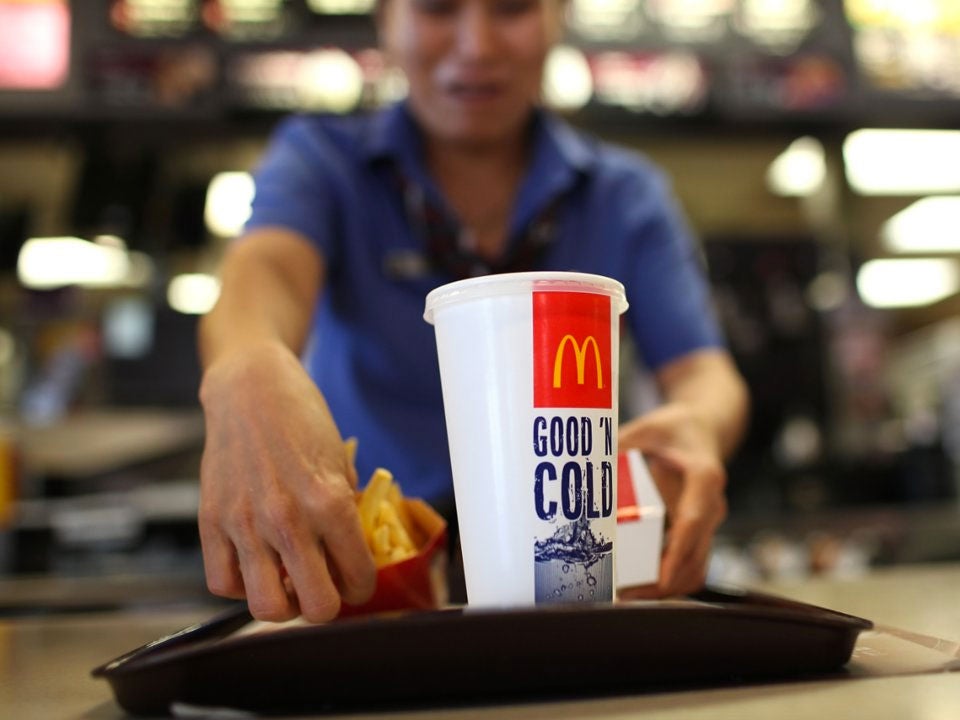 Activists argue that the reports of sexual harassment at the chain and in the industry more broadly indicates that the company needs to take action. In an open letter, Time's Up organizers called for McDonald's to improve its training, to ensure there is a fair process to report harassment and prevent retaliation, and to commit to transparency on the issue.

In a letter to Lakshmi, McDonald's CEO Steve Easterbrook said that the company is "committed to ensuring a harassment and bias-free workplace" and that it has made changes to its harassment policies in recent years.

According to the letter, McDonald's has worked with the Rape, Abuse & Incest National Network (RAINN) to "enhance" its policy to make it easier for employees to report and address harassment. Last fall, Easterbrook said, McDonald's rolled out new trainings for franchisees addressing how to identify and respond to harassment. The chain is now rolling out new training for employees about harassment, unconscious bias and workplace safety.

Beginning in June, McDonald's will also launch a third-party-managed hotline for employees to report harassment and issues of any kind. The company is working with RAINN to conduct further conversations with employees in the next two months as it continues to improve policies.

"By strengthening our overall policy, creating interactive training, a third-party managed anonymous hotline and importantly, listening to employees across the system, McDonald's is sending a clear message that we are committed to creating and sustaining a culture of trust where employees feel safe, valued and respected," Easterbrook wrote.

McDonald's declined to comment further on the complaints filed on Tuesday.

Many customers may not realize the dangers that fast-food workers face on the job.