January 9, 2020
Opinions expressed by Entrepreneur contributors are their own.

Michael O’Brien seemed to have life figured out in summer 2001. The 33-year-old was married to the love of his life and had two beautiful young daughters. He’d worked his way up to marketing director of the flagship product at the U.S. division of a Japanese pharmaceutical company. Coming off a spectacular national sales meeting, O’Brien felt he had a strong tailwind pushing his career forward.

Furthermore, after years away from his favorite sport of bike racing to climb the corporate ladder and start a family, he’d recently recommitted to the passion he’d pursued competitively through college. Although he wasn’t thrilled about his company’s choice to host a meeting in the remote New Mexican desert in July, he was a glass-half-full guy and brought his bike anyway as others brought their golf clubs. “I took the perspective that riding in all 50 states was on my bucket list,” says O’Brien.

On his morning ride that July day, he came around a slight bend and straight into the path of an oncoming Ford Explorer, which had crossed over the center lane going 40 miles per hour. “Surely he’s going to see me. He’s going to move,” recalls O’Brien. “That morphed into, ‘Oh God, he’s not moving!’”

O’Brien hit the Explorer’s grille, flipped, and slammed into the windshield. He next remembers being surrounded by emergency medical technicians. When told they were waiting for a helicopter to airlift him to hospital, his first reaction was, “I’m going to be late for my meeting,” quickly followed by, “How’s my bike?” 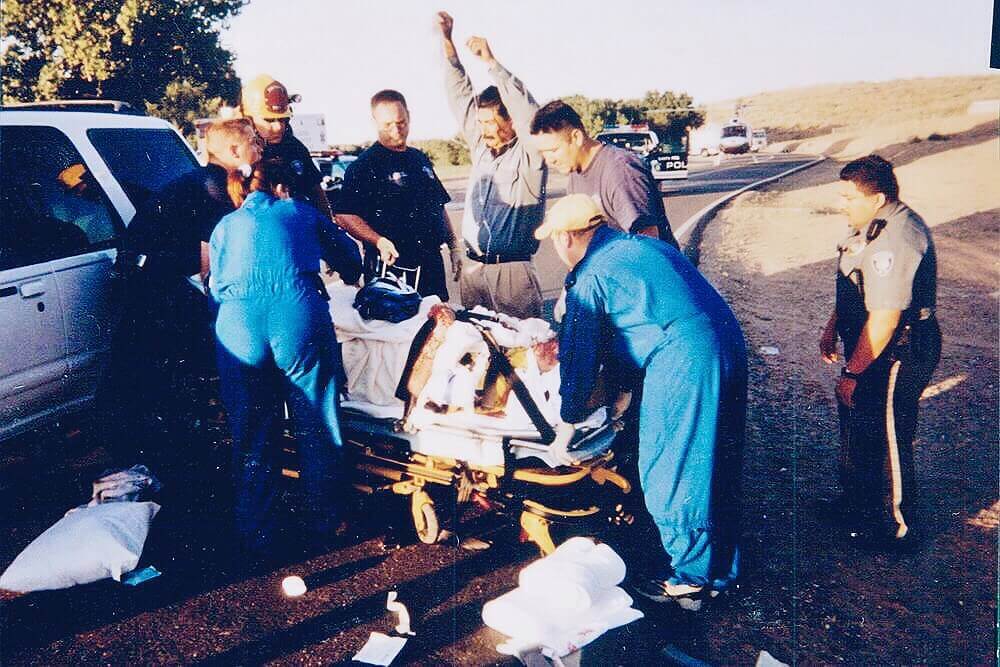 Looking back, O’Brien recognizes that his effort to cut the tension was also an attempt to ignore reality. “That was a theme in my life,” he says. “Crack a joke; avoid the core issue.” There were a few other cracks in O’Brien’s picture-perfect exterior. Before uncovering his life’s purpose as an executive coach, he would have to blow those cracks wide open.

Stumbling on the Hamster Wheel

Growing up middle-class in Rochester, New York, O’Brien saw his dad work exhausting days as a salesman and his mom put in overnight shifts as a nurse. His identity was formed through athletics, which was the foundation of his relationship with his dad.

“I wanted more out of life than I thought Rochester could offer, but didn’t know what,” he admits. O’Brien’s curiosity and the taste of travel from bicycle racing gave him the confidence to leave Rochester for James Madison University in Virginia, where he became the first in his family to attend a four-year college. From there, it was on to Washington, D.C., to launch his career.

After O’Brien was offered a pharmaceutical sales job, he thought it was a perfect fit. “My dad’s in sales, and my mom’s in healthcare, so it made sense. I thought I was following the script perfectly: get on the hamster wheel and work your way up.”

Four years later, he joined a new pharma company that wanted to establish a U.S. presence. He relocated with his wife and then one-year-old daughter to New Jersey, home of the company’s headquarters.

On his first day, O’Brien was told his would-be boss had just quit and he’d be reporting directly to the vice president. The job was heady and stressful, with high expectations and long workdays. O’Brien soon showed signs of repressing stress, from insomnia to losing his cool, but he brushed them off.

“I didn’t know how to manage or release my stress and tried to partition work from life,” he says. “I wasn’t the guy to go home and talk about how tough work was. I figured that my wife didn’t want to hear it after a hard day with two young ones at home.”

In retrospect, O’Brien recognizes that his old perspectives about leadership and success didn’t help his stress. “I thought that leaders had to have all the answers. If I didn’t have an answer, I questioned my value.” 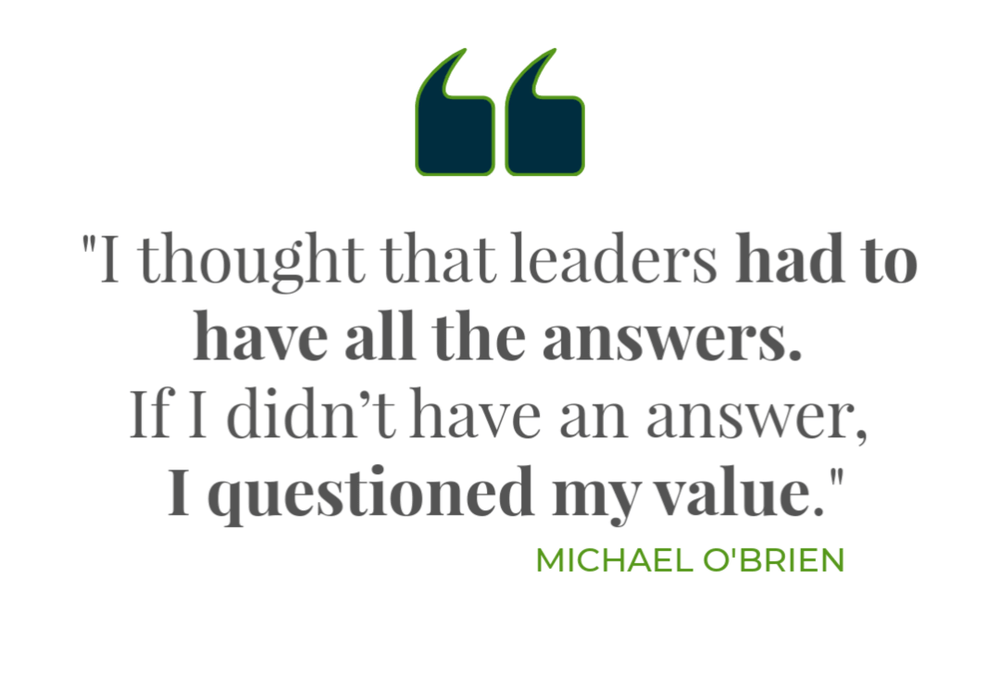 He was about to gain a lot of perspective in July 2001.

A Dozen Surgeries and 34 Units of Blood

After being helicoptered to an intensive care unit, O’Brien spent four days there but has no recollection of it. He had windshield glass in his face, bruises and cuts throughout his body, and a broken right femur, right tibia, and right shoulder.

But the real life-threatening injury was his shattered left femur, which lacerated his femoral artery and nearly caused him to bleed out. If he’d been just a few years older or in slightly worse physical shape, he would have died en route to the hospital.

O’Brien received 34 units of blood and underwent multiple surgeries, including a major femoral artery bypass. As he struggled to reclaim his health in the painful months that followed, the corporate achiever in him was frustrated by his lack of healing progress. He also felt overwhelming guilt.

“My job as patriarch was to protect my family, and I totally screwed up,” he remembers thinking. As he lay in the hospital bed, his inner critic ran wild: “Why didn’t you just use the hotel gym like everyone else?”

Battling negativity and anxiety, O’Brien struggled with the slow pace of his recovery. “I had a moment during a difficult therapy session and realized that I had to heal my mind to begin healing my body.”

Slowly, O’Brien shifted his perspective about his recovery and came to understand that he could only control his effort, not the outcome. Each morning, he rolled his wheelchair to a quiet corner of the hospital, reflected on how he wanted to show up that day, and pumped himself up to Depeche Mode’s “Violator” album before heading to physical therapy.

He also began the arduous task of forgiving the driver — a distracted hotel employee who was, ironically, rushing to his company’s retreat — as well as those in his life who didn’t react with the support he anticipated.

“Every day since the accident hasn’t been unicorns and rainbows,” O’Brien explains. “But I realized that by releasing my stress, I could live and lead differently, while better connecting with others. I could be more curious at work, bringing more gratitude, resilience, and vulnerability to the office.”

O’Brien’s recovery coincided with the aftermath of 9/11, which compounded his desire to replace external motivations with intentional living. He considered quitting his job for nonprofit work — until he realized he could integrate his new priorities into his professional life.

After a year-long recovery, O’Brien returned to work with a newfound purpose, where he spent the next 12 years. His shift in perspective catapulted him to the executive boardroom, and he oversaw hundreds of employees and a $4 billion budget as a vice president of sales and marketing while undergoing more surgeries and recovery.

As O’Brien shared his experience with other leaders and began to coach them informally, he discovered his purpose: helping other busy executives succeed by becoming more intentional, resilient, and connected. His mantra became “Don’t let bad moments become bad days.” 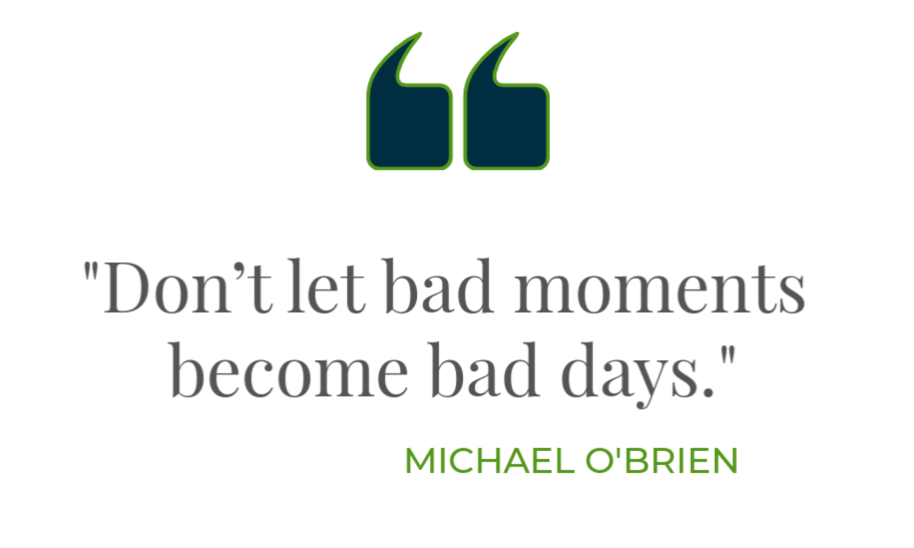 O’Brien left his job to go all-in and founded Peloton Executive Coaching in 2014. But the seeds for his new career were planted before the accident when his employer hired an executive coach. O’Brien had never heard of corporate coaching, and laughs as he recalls thinking, “Wow, you must really suck if you need a coach.” 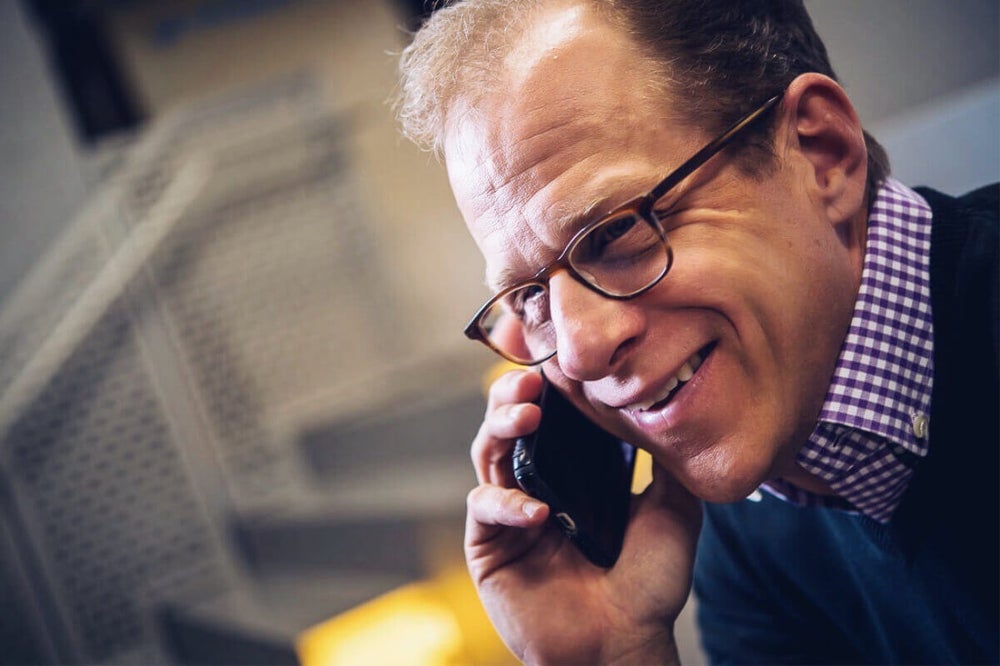 But his first executive coach, David Kolb, left an impression on him. “He was such a breath of fresh air,” says O’Brien. “He approached life with a sense of spirituality but still possessed enough ‘get stuff done’ attitude to say, ‘Your work matters. You have to get better at it.’”

Kolb’s influence was even more significant than O’Brien realized at the time. When he woke up in the ICU, his wife asked him, “Who’s David?”

“When I was drugged up, I told my wife to go find David,” laughs O’Brien. “So even then, I had an inkling that I might follow in his footsteps.”

O’Brien has helped hundreds of executives break through barriers and shift their mindset with honesty, compassion, and leadership insights. He wrote a book, “Shift: Creating Better Tomorrows: Winning at Work and in Life,” and delivered his TEDx talk about his recovery and the value of perspective to an audience of 1,500 corporate leaders.

He helps his clients write their own scripts within the constraints of their corporate environment. “Changing perspective can open up possibilities in every aspect of life,” he says. “Sometimes, we just need a little help to take that first pedal stroke.”

O’Brien knows how scary that first stroke can be. During recovery, his physical therapist sensed his fear of getting back on the bike and issued an ultimatum: You can’t return to therapy until you go for a ride. So O’Brien packed his bike and drove to a nearby industrial park. His first few laps were wobbly but invigorating, giving him the same sense of freedom he discovered as a kid. 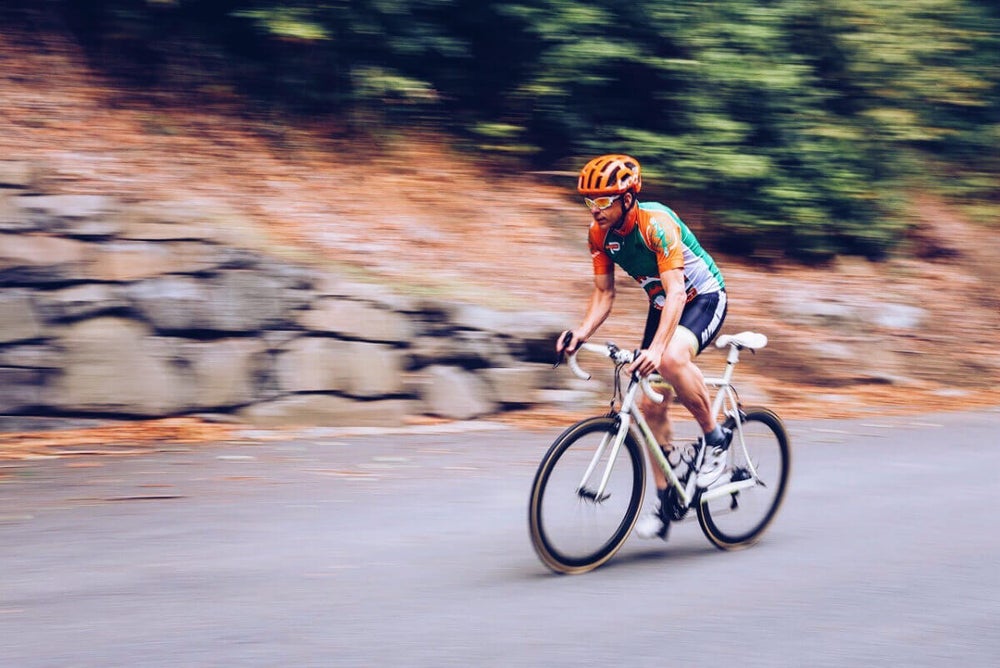 Within minutes of going out on the nearby road, O’Brien heard an SUV approaching. Overcome with fear, he closed his eyes, held his breath, and waited for it to pass. “When I opened my eyes, I saw the world from my therapist’s perspective: a road filled with possibility.”