He learned how to scale and exit businesses the hard way. Now he's helping other founders do it the right way.
Next Article

Stay informed and join our daily newsletter now!
March 10, 2020 8 min read
Opinions expressed by Entrepreneur contributors are their own.

When 29-year-old Brandon Dawson rang the opening bell on the American Stock Exchange for taking Sonus Corporation public in 1998, he was one of the youngest people ever to do so. He’d raised millions in private equity to build the hearing aid business, which was poised for explosive growth, thanks to his franchise model.

The young CEO was on top of the world when he got the call to fly to New York a few short years later. He thought he would get a pat on the back. Instead, a series of events made him leave the company.

The private equity group backing the company had a different vision for Sonus and wanted to sell, which Dawson was unwilling to do. So they replaced him as CEO and moved him to chairman. A few months later, he resigned. “It was devastating,” recalls Dawson. “The business was my baby.”

The loss brought Dawson to the brink of despair, but it also taught him a critical lesson: Building your business with private equity means you sign up to play by their rules. “I used others’ money to pursue my dreams, so it wasn’t truly my company.”

Dawson vowed never to let anyone control his destiny again. He decided to build a new company, Audigy Group, but this time without raising a penny or giving up any control. In 2016, he sold the business for a reported price of up to $151 million.

Dawson learned how to scale and exit companies the hard way. Now, he’s partnering with international social media influencer and real estate mogul Grant Cardone to help other founders do it the right way.

Dawson grew up between his divorced parents’ homes in the Pacific Northwest and the Midwest United States. As a kid, he worked for his stepfather’s hearing aid technology company in his free time after school. “Everyone in the family was expected to work,” says Dawson. “It was challenging but taught me to be resourceful.”

Dawson’s first big spark of entrepreneurialism came during junior high school. “Every year, we sold walnuts from our orchard to pay for school tuition. The family was leaving town for the weekend, but I got in trouble so had to harvest the orchard, which I hated.”

Dawson heard that the senior class at his school needed to raise $1,000 for a field trip, so he hired them to pick the walnuts. “I expected three or four people to show up,” he recalls. But when the cars started rolling in, he found himself with over 30 workers. They demolished the job — and after working hard together, they bought all the walnuts too.

Dawson earned far more than the tuition money without lifting a finger. “I had to pay them the $1,000, so I simply charged more for the walnuts. They enjoyed the experience and were happy to pay. That’s when I learned an important lesson: Price isn’t an issue if you create enough value — and lots of people work too hard and overcomplicate things.” 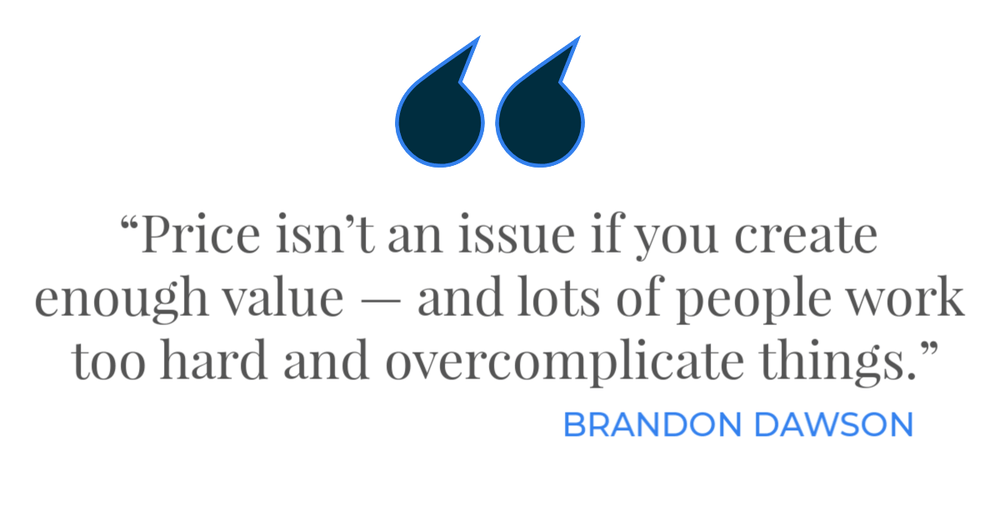 Dawson didn’t enjoy school and was an average student; so he moved to Atlanta, Georgia, after high school to continue working for his stepfather’s company. He traveled the Southeast United States selling hearing devices and was promoted to sales director at 23.

He had already built a successful career when his mother and stepfather announced their separation. Rather than get caught between them, he decided to move on.

Crafting a new future from pain.

Dawson resettled in Portland, Oregon, and discovered a Canadian hearing aid company. He struck a deal to buy the business and became the CEO of Sonus Corporation.

Many of Dawson’s previous customers were also retiring, leaving behind profitable hearing aid businesses that no one was buying. Dawson started a franchise model, raised $38 million in private equity, acquired over 100 companies, and as CEO built a network of more than 1,000 locations.

Dawson took the company public on what is now the NYSE American stock exchange, which added salt to the wound when he left. 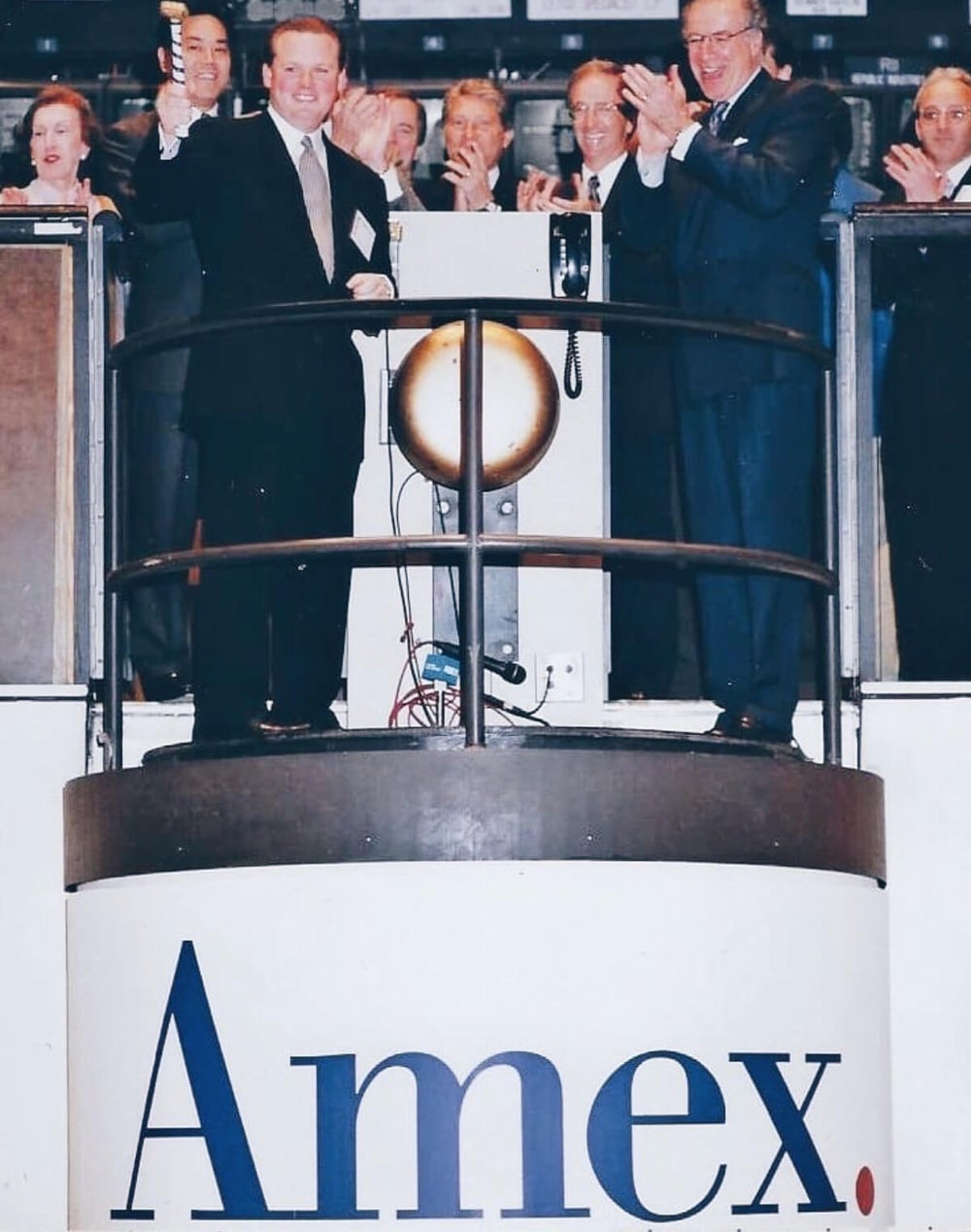 Dawson was one of the youngest ever people to ring the opening bell on the American Stock Exchange.
Image Credit: Brandon Dawson

Reeling from the crushing twist of fate, Dawson took some time off to consider his options and admits he wasn’t the most fun person to be around. “One day I was playing golf with my mentor, Hector LaMarque, like we’d done many times. He turned to me and said that he would never play with me again if I didn’t stop complaining. He helped me see that I had to stop being the victim and create the future I wanted.”

LaMarque gave him Dr. Robert Anthony’s book “Beyond Positive Thinking: A No-Nonsense Formula for Getting the Results You Want,” which Dawson read over and over. Slowly his pain and anguish turned to determination. “I asked myself: If I had a chance to do it again, what would I do differently?”

With that mentality, Dawson launched Audigy Group in 2004 to help hearing care practices scale. Instead of raising money and giving away control, he gave nonvoting shares in the business to loyal customers.

In 12 years, Audigy grew to 650 independent practices with more than 1,800 employees and $300 million in aggregate revenue. In 2016, he sold it for a whopping 77 times its EBITDA (earnings before interest, taxes, depreciation, and amortization). More importantly to Dawson, he got to remain CEO and share the profits with his team. “Wiring millions to our customers and employees at closing was the greatest feeling in the world.”

After successfully applying his approach to other companies, Dawson dreamed of sharing it with more businesses and zeroed in on partnering with Grant Cardone. In 2019, Dawson got in line to meet the real estate mogul at his 10X Growth Conference in Miami, Florida. He had only a minute to pitch his big idea: “If I could show you how we could add several billion dollars to our net worth, would you be interested?”

Cardone said yes. The result is Cardone Ventures, a portfolio company that helps independent business owners scale using Dawson’s playbook from Audigy Group. “My mission is to help business owners win together with their teams and customers — without giving away too much of the business. Freedom isn’t measured by money, but by your ability to make your own choices.”

Things have moved quickly since the company started in April 2019. Dawson expects that Cardone Ventures will make $2.5 million in revenue this year and $100 million in five years. His overarching goal is even loftier: $5 billion in businesses under management within five years.

“Grant and I are perfect partners because we’re aligned in helping people achieve a 10X life. My specialty is creating additional value in business; Grant’s built a system in doing this for anyone and everyone — in business, sales training, and real estate.” 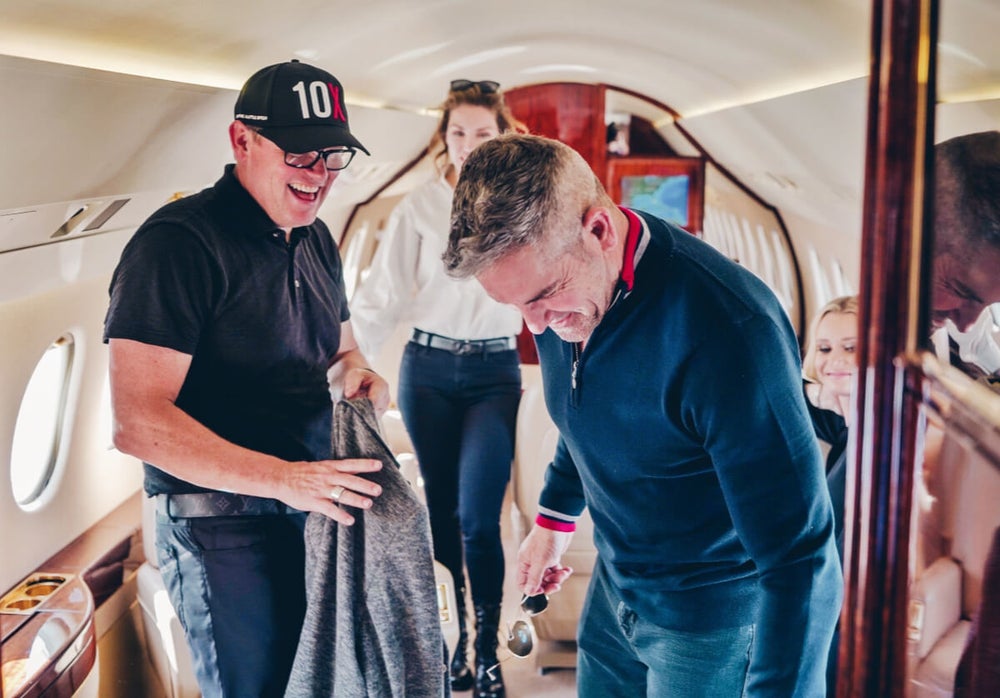 With an estimated personal net worth of $75 million, Dawson could have retired by now but is not stopping any time soon. New milestones include speaking on stage at the 10X Growth Conference alongside music mogul Scooter Braun, NBA legend Magic Johnson, comedian Kevin Hart, and Marie Forleo, whom Oprah called “a thought leader for the next generation.”

Dawson’s personal life has never been better either. He’s engaged to fellow entrepreneur Natalie Workman, who is a vice president of organizational development at Cardone Ventures and host of the “Age Gap Realness” podcast.

The couple are 25 years apart in age. “The judgment from others was challenging at first,” admits Dawson. “But now we just have fun with it and stay true to ourselves.” 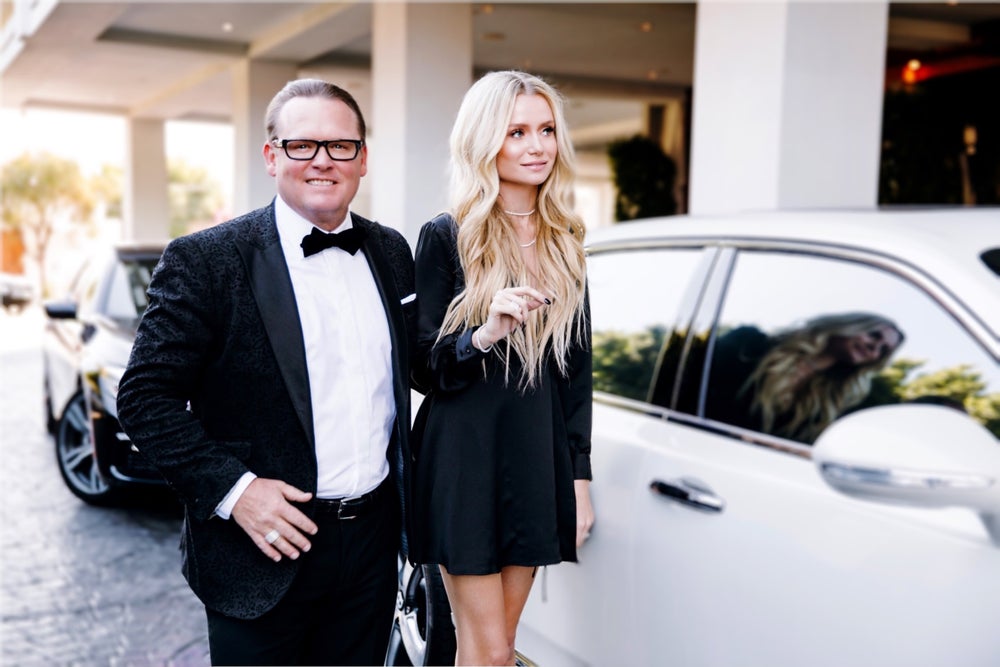 “Natalie is perfect for me in every way — including where we both are in life,” he continues. “She’s so ambitious about the years ahead, just like me. Her aspirations about conquering life are unbelievable.”

The pair live in Vancouver, Washington, and travel often, but Dawson says he’s not on this earth to play golf and relax. “I want to do more and help more people.” With the kind of firepower behind the Dawson-Cardone and Dawson-Workman duos, he’s on track accomplish that.

Learn more about Brandon Dawson by visiting his website, or connect with him on Instagram and LinkedIn.

The story behind the production of The Game of Keys