There was a period last year when I was in the market for a new couch. Instagram knew this, obviously, so while scrolling through pictures of my friends’ vacations, babies, dogs and nuptials, I became intimately acquainted with a number of affordable midcentury modern-esque furniture companies — including one called Inside Weather. From where I sit right now, in the midst of a pandemic that threatens to claim as many as 200,000 American lives before it’s over — it’s hard to fathom the hours I once had to think about couches. And as it turns out, that’s how Ben Parsa, the CEO of Inside Weather, feels, too.

Parsa’s brother is a program director at San Joaquin General Hospital, and he reached out to Ben because the hospital, like thousands around the country, was running dangerously low on personal protective equipment (PPE). “I come from an industrial design background, and at Inside Weather we have a team of industrial designers along with dynamic manufacturing capabilities at our factory in Sacramento,” Parsa explains. “With the hospital, we identified three primary areas of focus: masks, face shields and containment pods. We quickly prototyped the designs, and after receiving positive feedback from the team at SJGH, we started production of 5,000 face shields and six containment pods.” 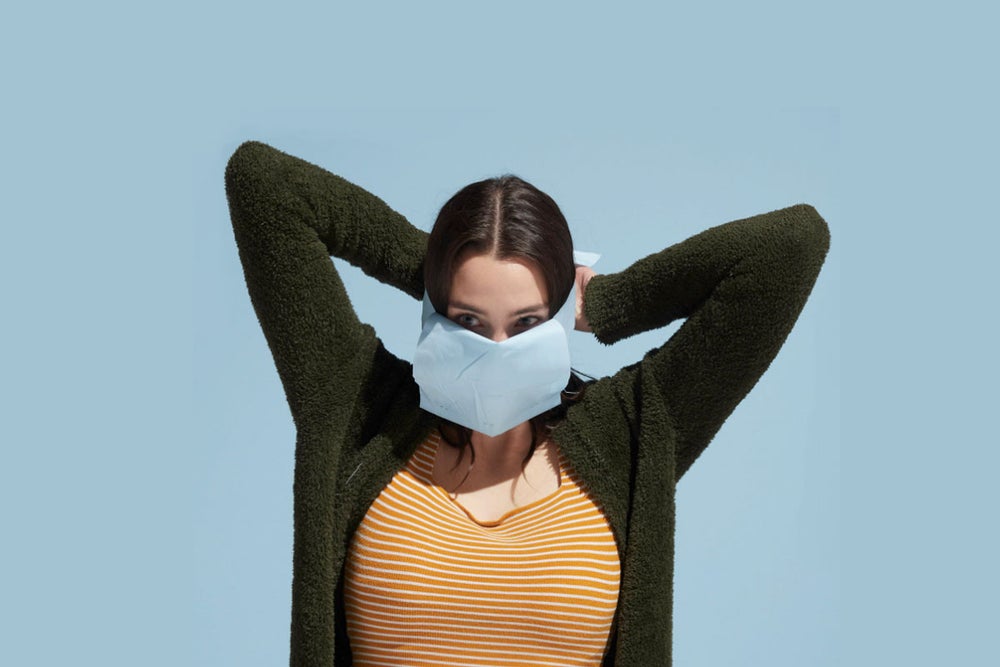 Since last Tuesday, several other hospitals have reached out to Inside Weather asking for help with production of PPE. Parsa quickly realized that their designs for DIY masks, face shields and containment pods—which are placed around a sick patient’s head while a doctor or nurse is performing intubation, one of the highest-risk exposure points—could be re-created by others across the country. So they launched Project Open Source. “We've open-sourced the designs so that any small business with the capabilities to produce them can help supply their local communities and medical professionals,” Parsa says.

Related: This Air Mask Company Struggled to Take Off. Then Came ...

Inside Weather’s efforts are part of a collective mobilization over the past several weeks. Big companies like Gap, Eddie Bauer, Hanes, Ralph Lauren, Canada Goose and more have shifted production to medical gowns and masks, while others are working against the clock to share information that can help individuals and smaller businesses chip in. About two weeks ago, a San Francisco engineer and entrepreneur named Gui Cavalcanti started a Facebook group called Open Source COVID-19 Medical Supplies, which now has about 60,000 members who have shared more than 60 documents with insights into making respirators, surgical masks, face shields, hand sanitizer and more. On March 19, Copper3D released a blueprint for a 3D printed, reusable N95 mask, and on March 27 the software engineering company EPAM released its own surgical mask design. A team at MIT is reportedly racing against the clock to release an open source emergency hand-operated ventilator that can be made for about $400 (the usual cost is $30,000 per ventilator).

Meanwhile, the website Project N95 is connecting personal protective equipment suppliers with healthcare providers in need across the country. Since March 20, the website has been contacted by 2,229 institutions that say they’re facing collective shortages of 332,646,272 units of personal protective equipment in the next 30 days. Yes, you read that right.

If you’re a small business or an individual—maybe at home, on the couch, scrolling through Instagram—with time and a spare dish towel, you can help. Even one mask can make a difference.