With much of America and Canada now working and schooling from home, broadband networks are dealing well with the strain, according to new stats from Ookla Speedtest.
Next Article Add to Queue


While Americans hunker down to wait out the COVID-19 storm and online schooling goes into full swing, U.S. broadband speeds are largely holding up to the challenge, according to new stats from PCMag's sibling company Ookla Speedtest.

Fixed broadband speeds in the U.S. have largely flattened out after a slight dip between March 15 and 22, Ookla's results show, although speeds in Canada are continuing a slow decline. Both countries still have considerably better broadband than Mexico or much of Europe, according to the results, with average speeds between 110 and 140Mbps.

Remember, when I say "better broadband," that's in the aggregate. It doesn't mean that there aren't rural Americans or Canadians struggling with very slow connections — just that they're a relatively small percentage of the overall population.

AT&T says that all of its network traffic was up 19 percent month-on-month last Sunday, although it didn't break out wireline versus mobile usage. 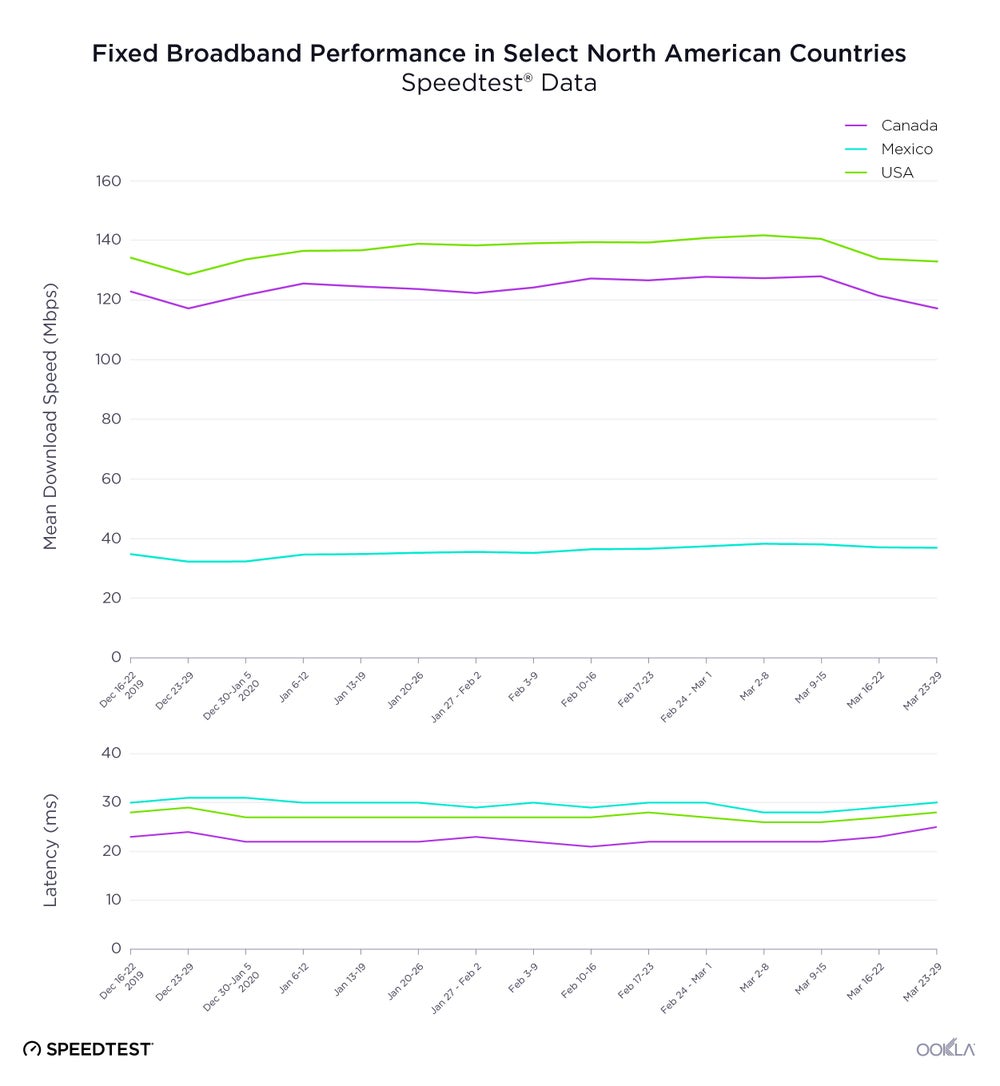 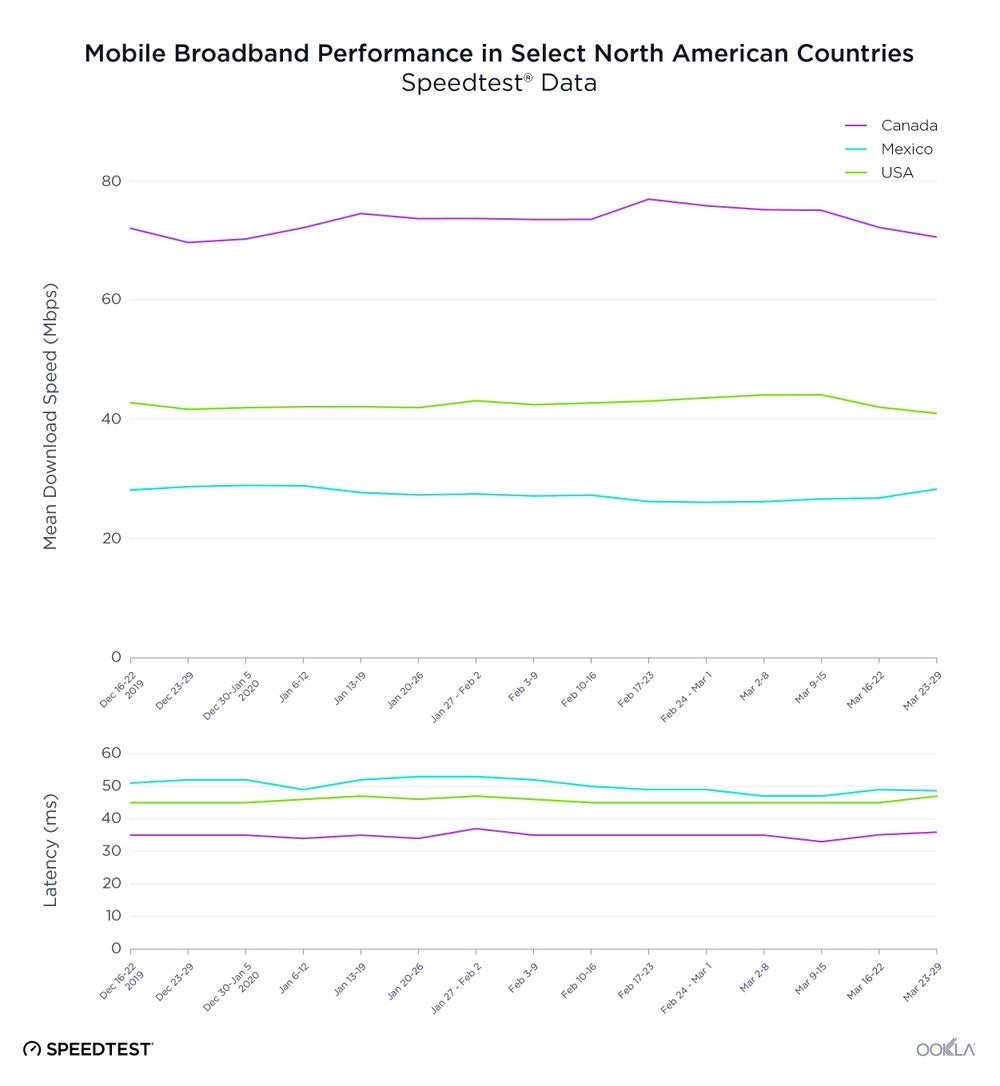 Your broadband may still have problems

So if U.S. broadband speeds aren't declining, why are you having trouble with your Zoom calls?

We're using our home broadband more heavily, and in new ways, than we have before. While the internet backbones are doing fine, your home Wi-Fi network may not be, or you may be hitting the bandwidth cap on your service plan, or the server you're trying to contact may be overwhelmed. (Microsoft says that in Italy, its Teams video-calling system has seen a huge spike in traffic.)

Several stories recently have looked at how common household electronics like microwave ovens or Bluetooth devices can crowd the 2.4GHz band on which many Wi-Fi networks rely. (One solution there is to switch your home router to 5GHz mode.) Weak Wi-Fi signals you may not have noticed before may no longer be appropriate for online schooling; to fix that, you may want to look at a whole-home Wi-Fi setup. (We have a roundup of the best ones.)

If you're having trouble finding affordable home broadband, take a look at our list of low-cost internet options for Americans and Canadians.

Cheems, the Dog Made Famous By Memes, Turned 10 Years Old