The tech giant teamed up with academic experts to rate apps based on age-appropriateness and quality of experience, enrichment and delight.

By Stephanie Mlot April 16, 2020
This story originally appeared on PCMag

Attention parents trying to juggle work, kids and your sanity during the COVID-19 crisis: Google Play this week introduced a new Kids tab chock full of "teacher-approved" apps for learning and entertaining.

To curate the best and brightest programs for its Play Store, Google teamed up with academic experts across the country to rate apps based on factors such as age-appropriateness and quality of experience, enrichment and delight. Only those that are sanctioned by educators and meet Google's standards receive a "teacher-approved" badge. Each app listing includes information about why it was chosen, in an effort to help parents determine what is right for their child. 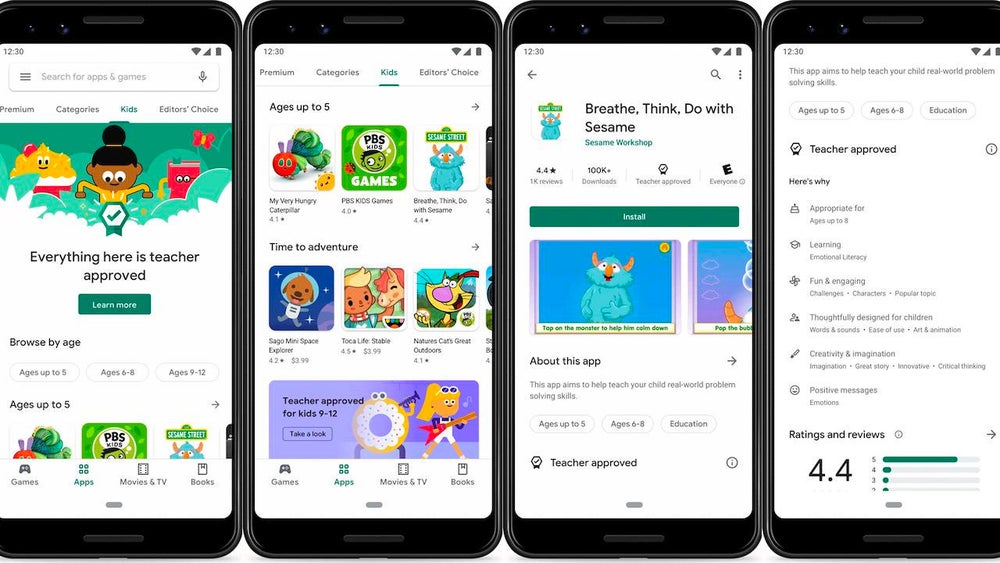 "We decided to launch the Kids tab a bit earlier than planned because parents who have tried it out told us that it's been helpful, especially now with their kids home from school and spending more time with screens," Mindy Brooks, UX director of Google Play, wrote in a blog announcement. "Because it's early, you may not see some of your favorite apps in there just yet, but we're adding new content as quickly as possible."

The feature — rolling out now to Google Play users in the U.S. before expanding globally — will replace the five-year-old Family section and its apps, according to ZDNet. Family Library, which lets up to six people share purchases for free, will not be impacted by the change.

"Today's announcement wouldn't be possible without teachers who've been working closely with us for the last few years to curate apps that can help kids develop, grow and have fun," Brooks said, citing lead advisors Joe Blatt from Harvard Graduate School of Education and Sandra Calvert of Georgetown University. "We trust teachers to enrich our kids while they're in school, and we're grateful they've shared their expertise to rate the apps kids use when they're not in school as well."