Elon Musk's Starlink satellite internet project is faster than its retail competitors, according to data from Ookla Speedtest Intelligence. But then again, nobody is really using it yet.

The first tests from SpaceX's Starlink internet project show average speeds of up to 70 megabits down, according to exclusive analysis of Ookla Speedtest Intelligence data from PCMag.

Starlink beta invites went out this week, but Speedtest Intelligence has been collecting data on it throughout its development period, which they just released to us. The system currently has 895 small, relatively low-flying satellites in the sky and aims to eventually deploy 12,000 of them.

The company quoted speeds of "50Mb/s to 150Mb/s" in a recent email to beta test users, so the results we're seeing are by and large in line with that. 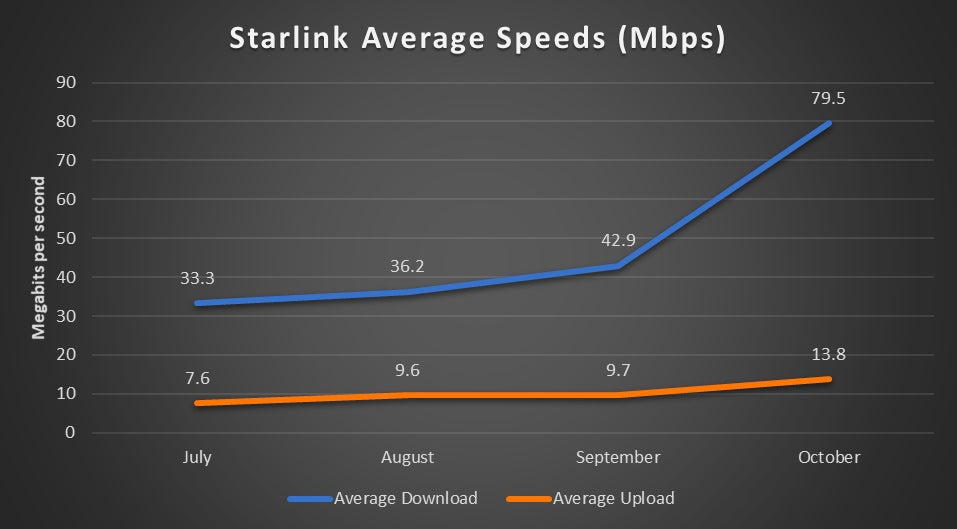 Starlink speeds have canted sharply upwards in recent months as the project gets closer to launch.

Currently, Starlink is joining HughesNet and Viasat's Exede as a last-resort internet service provider for rural users who can't get cable or fiber. Starlink's speeds are a huge jump over existing satellite systems. According to Speedtest Intelligence, in October 2020 HughesNet averaged 19.84Mbps down while Viasat's Exede system averaged 24.75Mbps down.

The difference in upload speeds is even more stark. In September, HughesNet averaged only 2.64Mbps up while Exede averaged 3.25Mbps. 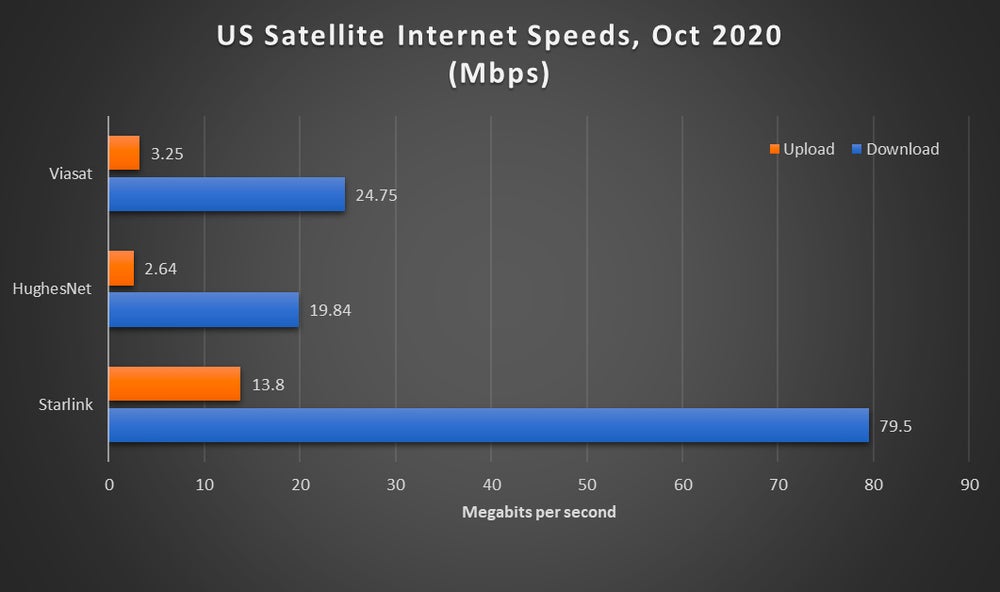 Starlink's real win, though, is on latency. Latency in recent tests varied wildly, but averaged at 42ms. That's much longer than wired internet systems but shorter than HughesNet and Exede, which averaged 728ms and 643ms in September, respectively. The company says it expects "to achieve 16ms to 19ms by summer 2021." 4G LTE is currently in the 40ms range for latency, according to Speedtest Intelligence data. My home fiber connection gets 2-3ms latency.

The combination of uplink speeds and latency is very important for our video-chatting world. Participating in Zoom calls requires both a clear uplink and relatively low latency, which means it's been very difficult for people using existing satellite connections. Starlink could bring rural users much better remote learning capabilities. 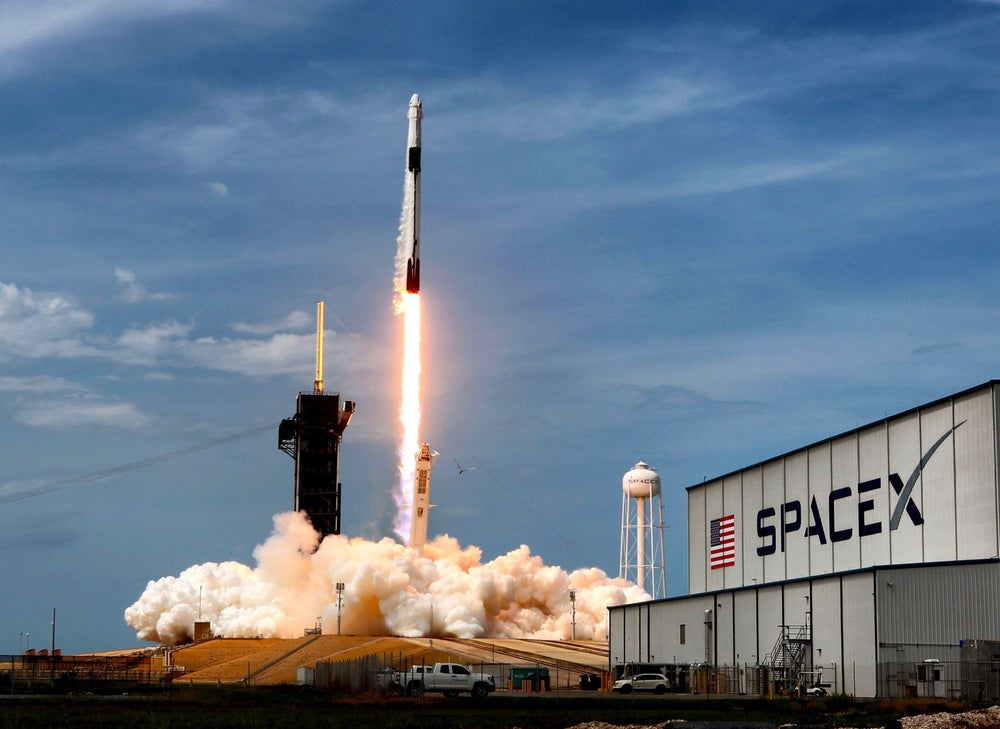 Lower latency is one of the big advantages of the new "low earth orbit" satellite systems. Starlink's many small satellites orbit at about 340 miles above the Earth, while the satellites for HughesNet and Exede are up at 22,000 miles. So it takes much longer for a signal to get up to and back down from the older-model satellites.

But satellite internet service still comes at a high cost: $99/month in Starlink's beta phase, plus $499 for the satellite dish and Wi-Fi router. There's no word on data caps for Starlink, but after all it's in beta.