Massive fiscal stimulus spending and an improving job market on the back of a national COVID-19 vaccination program have been driving growth in consumer spending in the U.S. And since retail sales are by far the main driver of the U.S. economy-accounting for about one-third of consumer spending-the retail sector is expected to grow significantly going forward on rising consumer spending. So, we think leading players in this space-Walmart (WMT), Target (TGT), Albertsons (ACI), and Macy's (M)-are uniquely positioned to benefit, and as such are worth more than a second look by investors. Read on.

By Samiksha Agarwal May 24, 2021
This story originally appeared on StockNews
Massive fiscal stimulus spending and an improving job market on the back of a national COVID-19 vaccination program have been driving growth in consumer spending in the U.S. And since retail sales are by far the main driver of the U.S. economy—accounting for about one-third of consumer spending—the retail sector is expected to grow significantly going forward on rising consumer spending. So, we think leading players in this space—Walmart (WMT), Target (TGT), Albertsons (ACI), and Macy’s (M)—are uniquely positioned to benefit, and as such are worth more than a second look by investors. Read on.

As the effects of the COVID-19 pandemic wane and the U.S. economy recovers faster than expected, retail sales are returning to pre-pandemic levels. An accelerated vaccine rollout, improving job market, and federal stimulus checks have been driving a substantial surge in consumer spending. Although this is fueling a rise in inflation as manufacturers pass cost increases onto customers, it is expected to be short-lived. Investors’ confidence in the retail industry is evident in the SPDR S&P Retail ETF’s (XRT) 15% returns over the past three months versus the SPDR S&P 500 Trust ETF’s (SPY) 6.4% gains over this period.

According to the U.S. Commerce Department, consumer spending increased 4.2% in March, after falling 1% in February. Since approximately one third of the U.S. population has received at least one dose of  COVID-19 vaccine, increasing numbers of  people are resuming  out-of-home activities and returning to a pre-pandemic lifestyle. As a result, retail store traffic is gaining significant momentum.

Since a surge in income is expected to further boost consumer spending, retailers Walmart Inc. (WMT), Target Corporation (TGT), Albertsons Companies, Inc. (ACI), and Macy's, Inc. (M) could emerge stronger with solid financials. So, we think it could be wise to bet on these stocks now.

Click here to checkout our Retail Industry Report for 2021

This month, Walmart unveiled its plan to acquire Zeekit, an Israeli-based company that offers a dynamic virtual fitting room platform for customers. Customers simply have to upload their picture or choose from a series of models that best represent their height, shape and skin tone to instantly see themselves in any item of clothing, giving them an in-store experience virtually. The acquisition should create a significantly enhanced customer and social experience and lead to an increase in WMT’s sales.

A  $5.97 consensus EPS estimate for the fiscal period ending January 31, 2022 represents an 8.9% improvement year-over-year. And a $567.31 billion consensus revenue estimate  for the next fiscal period, ending 2023, represents a 2.4% increase from the same period last year. The stock has gained 13.4% over the past year.

WMT’s POWR Ratings reflect this promising outlook. The company has an overall A rating, which translates to Strong Buy in our proprietary ratings system. The POWR Ratings assess stocks by 118 different factors, each with its own weighting.

WMT is also rated an A in Stability, and a B in Sentiment and Quality. Within the A-rated Grocery/Big Box Retailers group, it is ranked #3 of 39 stocks.

TGT is a leading retailer in the United States that  offers general merchandise such as food assortments, beauty and household essentials, apparel, and electronics. It also provides in-store amenities, such as Target Optical, Starbucks, and other food service offerings. As of January 30,the company operated approximately 1,897 stores.

Last month, TGT introduced a new installment of its limited-time-only Designer Dress Collection, featuring three celebrated designers: ALEXIS, Christopher John Rogers and RIXO on Target.com and in select Target stores this spring. In addition, the collection will be available via Target’s contactless same-day pickup options, including Drive Up and Order Pickup. The new installment should substantially increase TGT’s revenue in the near-term.

It is no surprise that TGT has an overall A grade, which equates to Strong Buy in our proprietary ratings system. It has an A  grade  for Quality, and a B grade  for Sentiment and Value. In the Grocery/Big Box Retailers industry, it is ranked #2.

In total, we rate TGT on eight different levels. Beyond what we’ve stated above, we have also given TGT grades for Momentum, Growth and Stability. Get all the TGT ratings here.

ACI’s POWR Ratings reflect this promising outlook. The stock has an overall B rating, which equates to Buy in our POWR Ratings system. ACI has an A grade for Value, and a B grade for Quality. Among the 39 stocks in the Grocery/Big Box Retailers industry, it is ranked #10.

Formerly known as Federated Department Stores, Inc., M is an omnichannel retail organization that operates under the Macy's, Bloomingdale's, and bluemercury brands. It sells a range of merchandise, including apparel and accessories for men, women, and kids, cosmetics, home furnishings, and other consumer goods. As of January 30, 2021, the company operated 727 store locations in 43 states.

This month, Nina Parker, TV host and content creator, launched a plus-size collection exclusively for M that features versatile pieces that customers can mix and match in their everyday life. Bringing in this talent to M’s assortment of products should  allow the company to grow its customer base and increase its sales.

M’s strong fundamentals are reflected in its POWR Ratings. The stock has an overall B rating, which equates to Buy in our POWR Ratings system. M also has an A grade for Value, and a B grade for Quality and Growth. M is ranked #20 of 65 stocks in the B-rated Fashion & Luxury industry.

In addition to the POWR Ratings grades we’ve just highlighted, one can see the M ratings for Momentum, Stability and Sentiment. here.

Click here to checkout our Retail Industry Report for 2021

Walmart is a part of the Entrepreneur Index, which tracks some of the largest publicly traded companies founded and run by entrepreneurs.

About the Author: Samiksha Agarwal 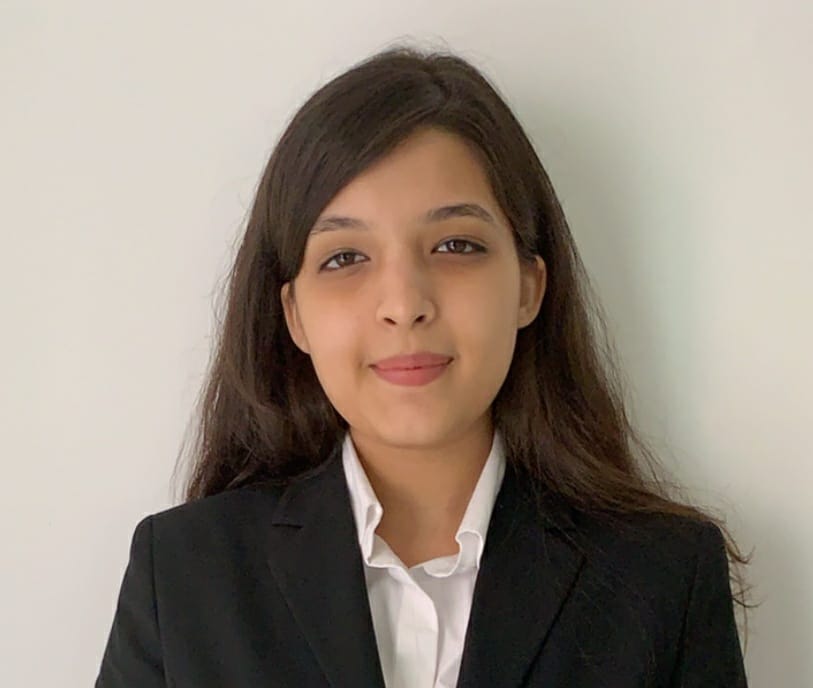 Samiksha Agarwal has always had a keen interest in financial markets. This has led her to a career as a financial journalist. Through her extensive knowledge of fundamental analysis, her goal is to help investors identify untapped investment opportunities in the stock market.