Is MRC Global Setting Up for a Breakdown?

MRC Global Inc. (MRC) has formed an important area of support. The stock hit that support last week and might now be making another run at that line....

By Christian Tharp August 9, 2021
This story originally appeared on StockNews

MRC Global Inc. (MRC) has formed an important area of support. The stock hit that support last week and might now be making another run at that line. If the stock falls through the support, a breakdown could occur. Read more to learn how to take advantage of this trading opportunity.

MRC is benefiting from a strong presence across several end markets. Last year, MRC renewed several multiple-year contracts and was able to secure new contracts. Right now, its focus is on expanding market share, which should drive performance in the long run.

While the company only had $63 million in cash as of the most recent quarter, this compares favorably with short-term debt of only $1 million. However, the company’s net profit margin is 0%. In terms of growth, sales are down 20.8% over the past year, but analysts forecast revenues to rise 22.1% year over year in the current quarter.

Based on its forward P/E of 10.63, the stock appears underpriced. Its price-to-sales ratio of 0.3 is also low. The stock had been trending up since September, but has shown bearish momentum since May as shown in the chart below.

Take a look at the 1-year chart of MRC below with the added notations: 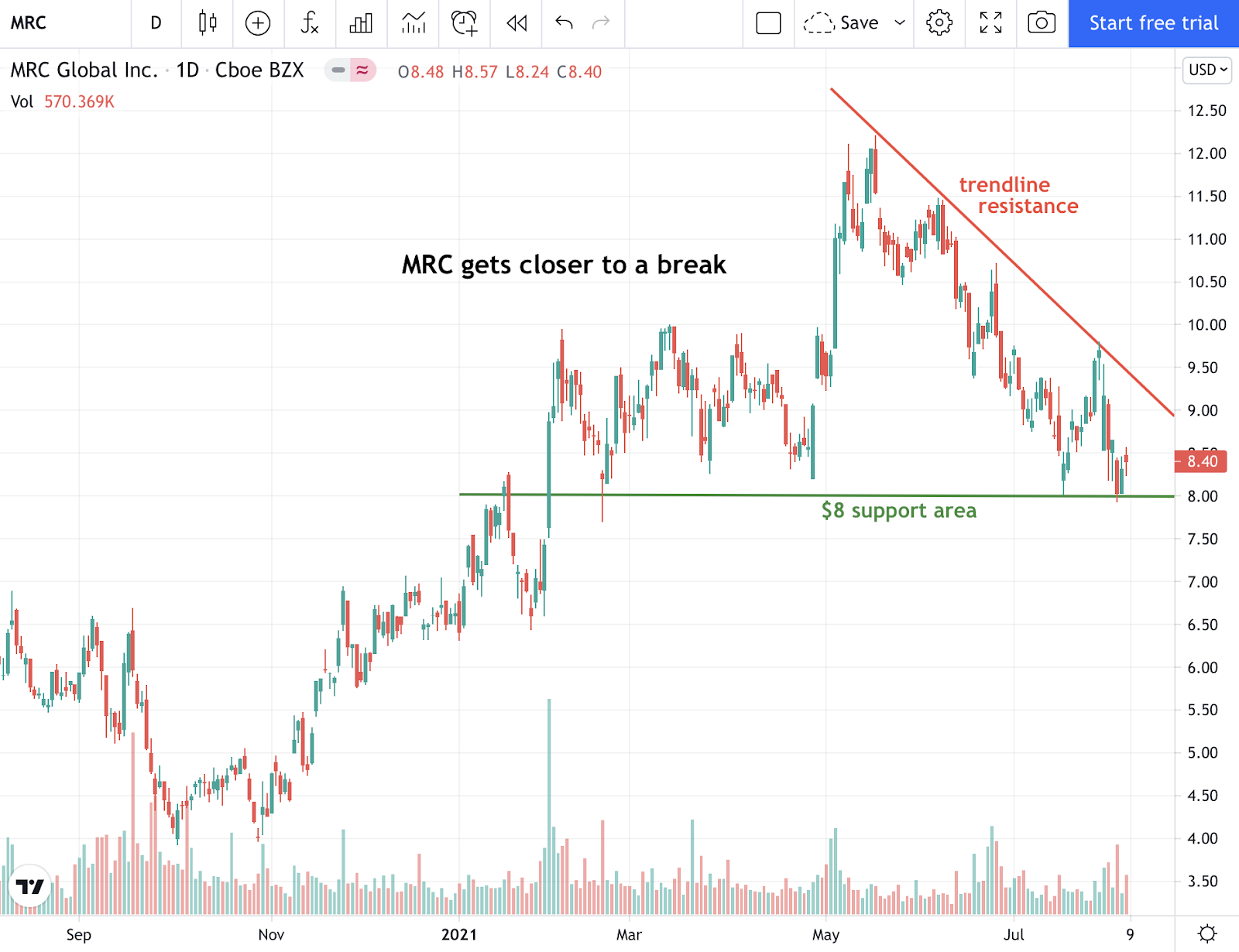 Chart of MRC provided by TradingView

While repeatedly running up against a trendline of resistance (red), MRC has also formed an important area of support at around $8 (green). The stock just hit that support last week and might now be making another run at the trendline.

The post Is MRC Global Setting Up for a Breakdown? appeared first on StockNews.com