Is American Airlines Setting Up for a Breakdown?

A descending triangle pattern has formed in the chart of American Airlines Group, Inc. (AAL). This was created as the result of the stock forming a su...

By Christian Tharp August 30, 2021
This story originally appeared on StockNews

A descending triangle pattern has formed in the chart of American Airlines Group, Inc. (AAL). This was created as the result of the stock forming a support level and declining against a down trending resistance line. If AAL falls through the support level, a breakdown is expected. Read more to learn how to profit from this trade.

AAL is benefiting from an increase in air-travel demand in the U.S. as more people have gotten vaccinated. This has led to passenger revenue jumping 491% in the second quarter, compared with the same quarter last year. As demand has improved, the company is looking to add routes and broaden its network.

In the most recent quarter, the company had $18 billion in cash, up from $14 billion in the previous quarter, and well above its short-term debt level of $2.8 billion. Revenues are expected to soar 243.3% year over year in the current quarter and 77% for the year. This has led to a Growth Grade of B in our POWR Ratings system.

From a valuation standpoint, the stock is very underpriced based on a trailing P/E of 2.81 and a forward P/E of 7.39. The stock showed bullish momentum from November to March, but performance has been mixed since as shown in the chart below.

Take a look at the 1-year chart of AAL below with my added notations: 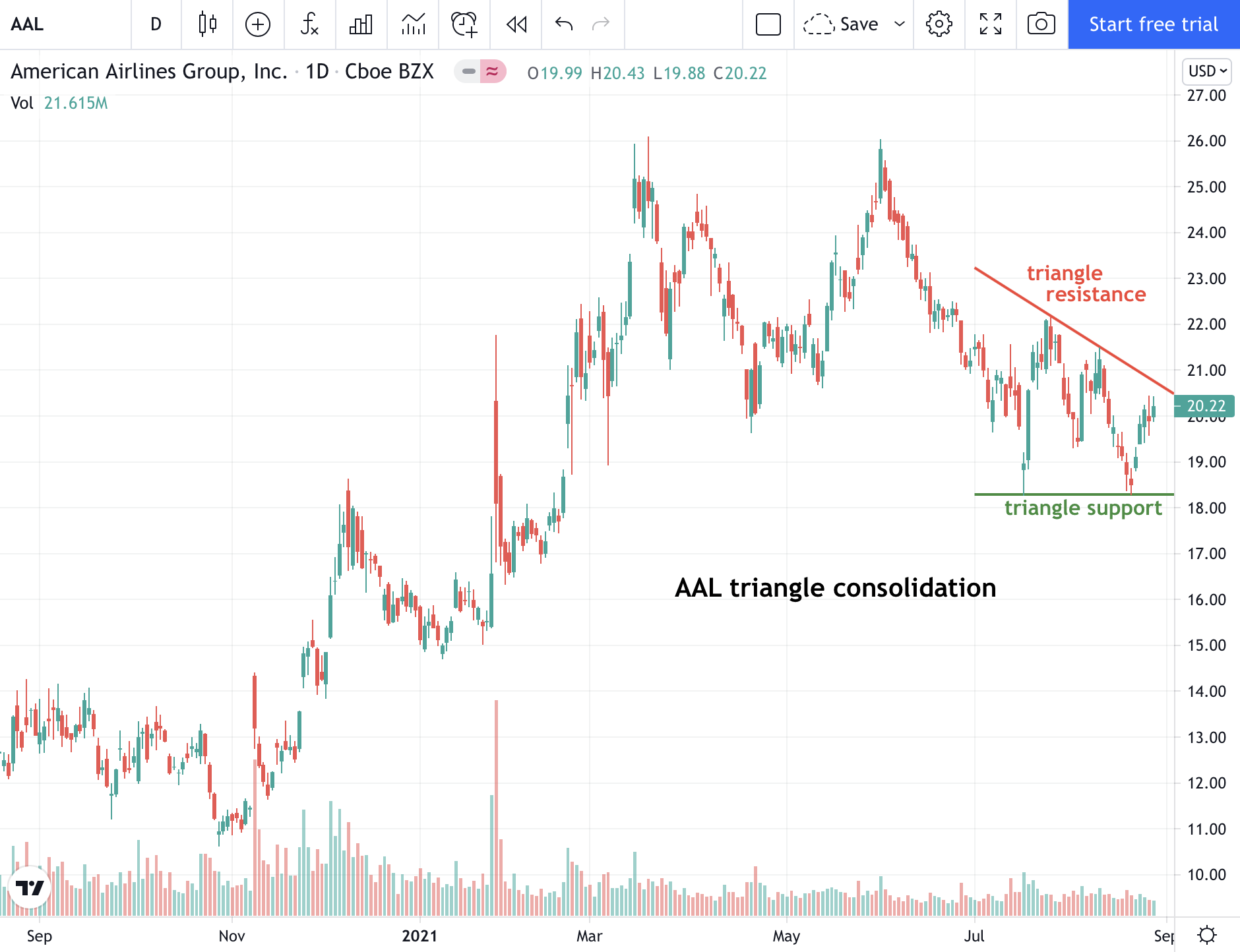 AAL has formed key support at around $18.50 (green) over the past several weeks. In addition, the stock is also declining against a down trending resistance line (red). These two lines have AAL stuck within a common pattern known as a descending triangle.

This is a bearish pattern and a short trade could be made on a break below the $18.50 support level.

The post Is American Airlines Setting Up for a Breakdown? appeared first on StockNews.com