Is a Breakout in the Charts for QuantumScape?

A resistance line has emerged in the chart of QuantumScape Corp. (QS), If the stock manages to break through this level, a breakout is expected. Make sure to read more...

By Christian Tharp November 9, 2021
This story originally appeared on StockNews

A resistance line has emerged in the chart of QuantumScape Corp. (QS), If the stock manages to break through this level, a breakout is expected. Make sure to read more to learn how to take advantage of this trade.

QS has developed a ceramic material that can be used as a solid-state separator in a battery cell. This can significantly reduce charging times and improve performance and fire safety. The firm recently announced that independent third-party tests verified the performance of its batteries.

As of the end of September, the company had $1.5 billion in cash, which compares favorably to only $66 million in long-term debt. Analyst forecast earnings to soar 95.4% year over year in the current quarter.

But the stock looks overvalued with a price-to-book of 9.6, which is well above the industry average of 1.9. QS, which was showing steady performance since early May, has been trending up over the past couple of weeks, as shown in the chart below. This has led to a Momentum Grade of B in our POWR Ratings system.

Take a look at the 1-year chart of QS below with the added notations: 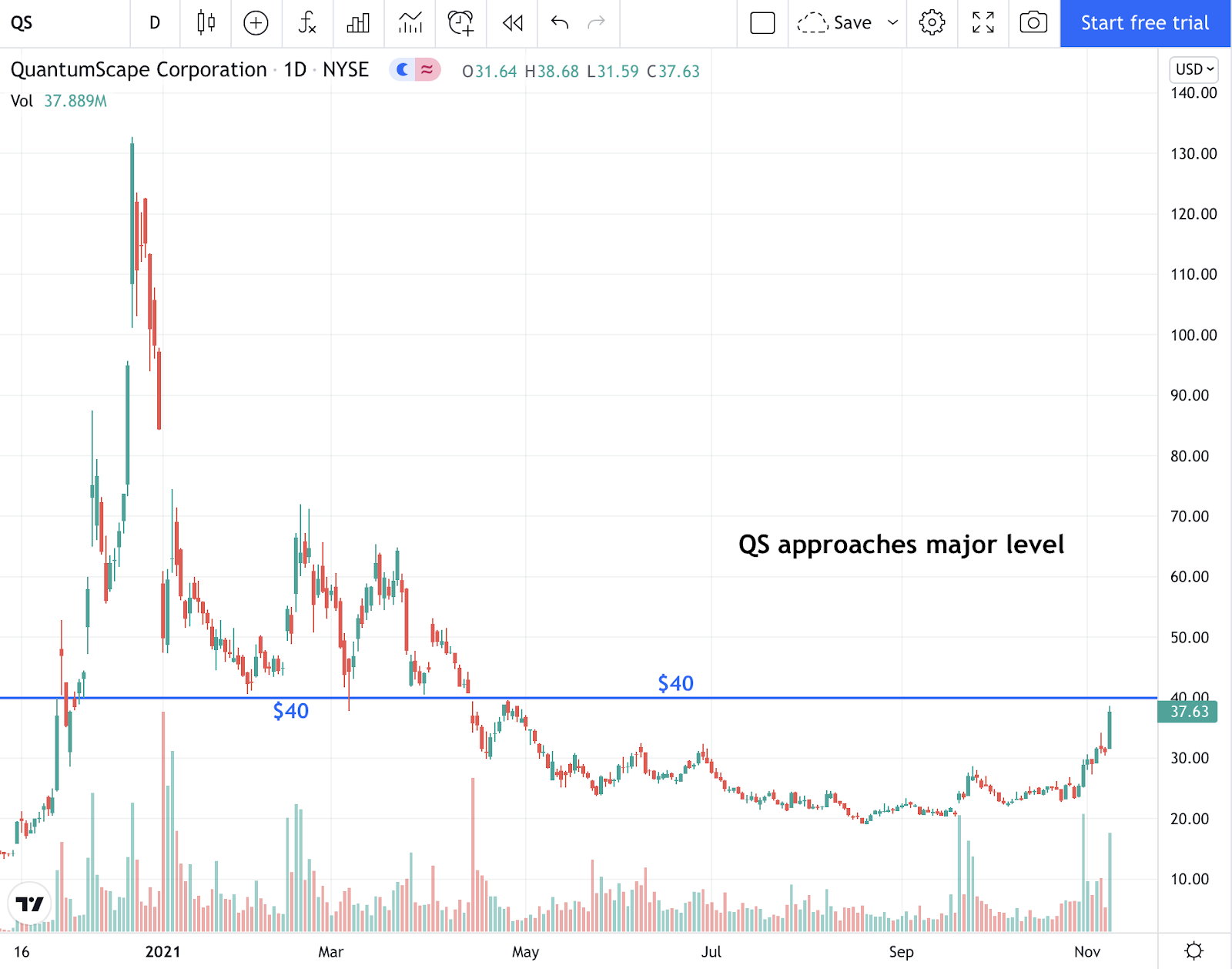 Chart of QS provided by TradingView

During the first few months of the year, QS formed an important level to watch at the $40 (blue) mark, as that level had provided both support and resistance. QS looks like it’s on its way back up to that level again, and that could bring another test of that $40 resistance.

A trader could enter a long position on a break above the $40 resistance level with a protective stop placed below it.

The post Is a Breakout in the Charts for QuantumScape? appeared first on StockNews.com