Block Stock Is Positioned For Further Rally After Bottoming Out

By Faisal Humayun March 3, 2022
This story originally appeared on InvestorPlace

The last six-months have been gloomy for Block (NYSE:SQ) stock. During this period, SQ stock has plummeted by 55% in the last year. The good news is that the correction is not limited to SQ stock. In the last six-months, PayPal (NASDAQ:PYPL) stock has corrected by 64%. 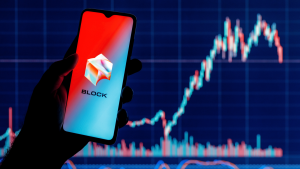 Further, the Global X FinTech Thematic ETF (NASDAQ:FINX) has corrected by 39% during this period. It's therefore a case of fin-tech sector revaluation.

It seems very likely that SQ stock has bottomed out. I believe that current levels are attractive for exposure. BMO Capital Markets analyst James Fotheringham has a price target of $159 for the stock.

This would imply an upside potential of 33% from current levels. Let's talk about the reasons to believe that the reversal rally will sustain.

One of the reasons to be bullish on Block is the growth coming from Cash App. Just to put things into perspective, Block reported gross profit of $195 million from the Cash App in 2018. For the last year, the segment gross profit swelled to $2.07 billion. On a year-on-year basis, gross profit increased by 69%.

It's worth noting that for 2021, company-wide gross profit was $4.42 billion. Therefore, Cash App is now contributing to nearly 50% of the gross profit.

There are several reasons to believe that healthy growth will sustain for Cash App.

First and foremost, the economics for Cash App is attractive. In 2021, Block invested $10 to acquire a new transacting active customer. For the same period, the gross profit per active transacting customer was $47. This allows the company to make further investments in customer acquisition. At the same time, Block has been focused on additional features and driving customer engagement. As an example, the company launched Cash App Taxes in January 2022. This will allow customers to avail the company's free tax filing service.

Furthermore, in January 2022, Block announced a new feature that allows customers to send fractional shares and Bitcoin (BTC-USD) from their Cash App balances to friends and family. With wider adoption of Bitcoin, it's likely that Cash App will attract more users. For Q4 2021, Block reported $1.96 billion in Bitcoin revenue. Of course, the gross margin was low at $46 million. I would however look at Bitcoin as a source of wider adoption of Cash App.

Overall, Cash App growth is likely to remain strong and this is one of the key catalysts for stock upside.

Another key positive for Block is an ongoing effort to expand globally. The numbers look encouraging on that front and I expect global growth to accelerate.

Clearly, growth has accelerated in overseas and Block has a big opportunity to expand in emerging markets. In January 2022, the company completed the integration of Afterpay's buy-now-pay-later functionality with Square Online in the U.S. and Australia. This is one factor that's likely to boost overseas growth.

Further, in January 2022, the company expanded into Spain. This is the fourth European country where Block is establishing presence. It's also worth noting that Block ended Q4 2021 with cash and equivalents of $7.4 billion.

The acquisition of Afterpay is an indication of the point that the company will pursue inorganic growth. Given the financial flexibility, Block seems well positioned to make inroads into more markets in the coming quarters.

For Q4 2021, Block reported subscription and service-based revenue of $230 million. On a y-o-y basis, subscription revenue increased by 118%. If this growth sustains, there is a strong case for EBITDA margin expansion and cash flow upside in the long-term.

Additionally, Square Banking is still at an early growth stage. This is another segment that can deliver value in the next five-years.

Overall, SQ stock looks attractive after a meaningful correction. The stock seems to have bottomed out. With several growth catalysts, I expect the reversal rally to sustain.

On the date of publication, Faisal Humayun did not hold (either directly or indirectly) any positions in any of the securities mentioned in this article. The opinions expressed in this article are those of the writer, subject to the InvestorPlace.com Publishing Guidelines.

The post Block Stock Is Positioned For Further Rally After Bottoming Out appeared first on InvestorPlace.