Shares of UiPath Inc. (PATH) are down more than 35% in price over the past month. Although rising demand for robotic process automation has increased PATH's sales, the question is,...

By Pragya Pandey April 29, 2022
This story originally appeared on StockNews

Shares of UiPath Inc. (PATH) are down more than 35% in price over the past month. Although rising demand for robotic process automation has increased PATH's sales, the question is, will its shares rebound in the near term, given worries about increasing competition from leading companies in the automation services industry? Let's discuss.

Although the company's ground-breaking Academic Alliance program could help it benefit from the growing need for automation, increased competition from major industry players may threaten its market-share growth. 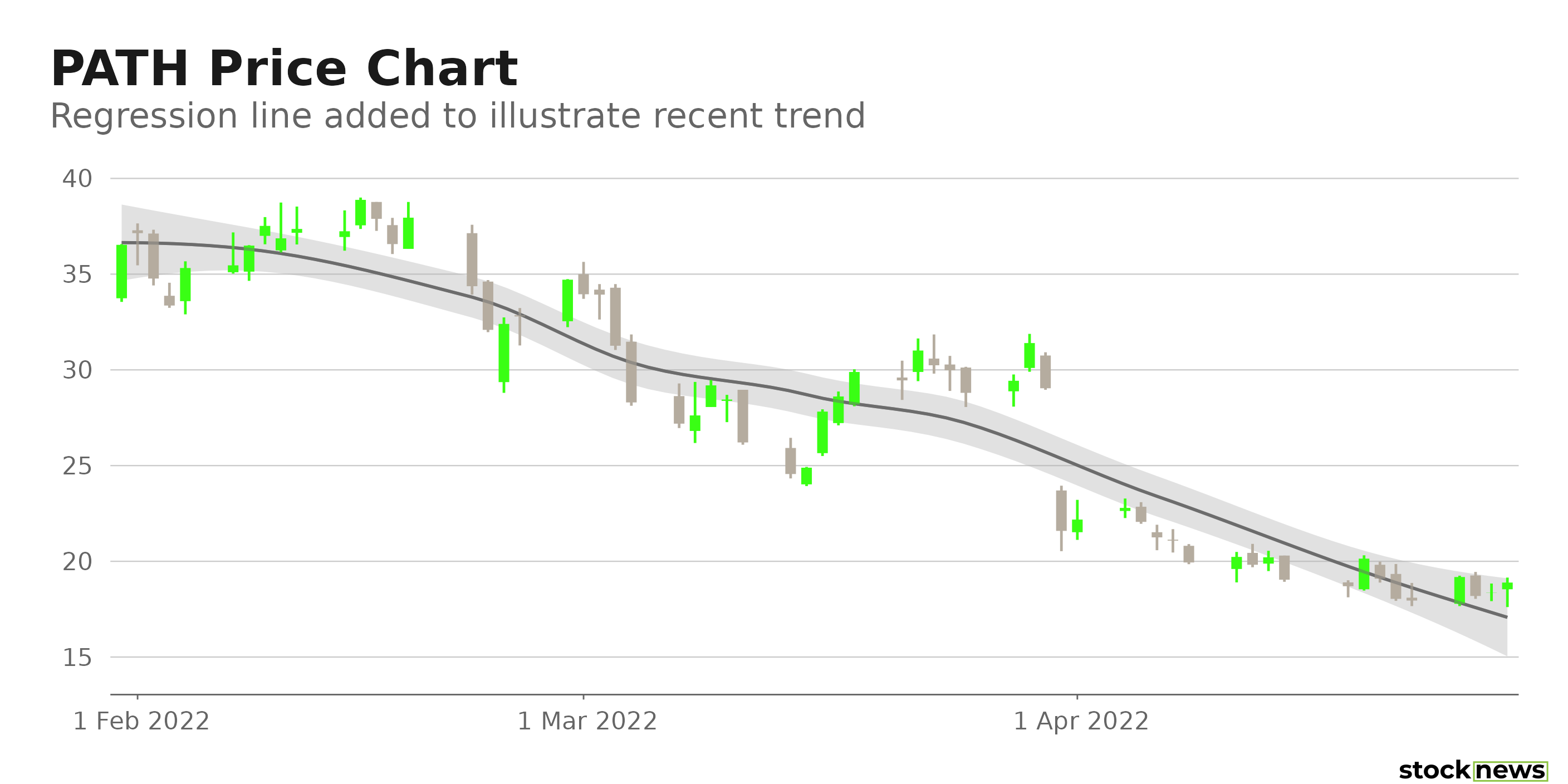 Here is what could shape PATH's performance in the near term:

PATH has an overall D rating, which equates to Sell in our proprietary POWR Ratings system. The POWR ratings are calculated by considering 118 distinct factors, with each factor weighted to an optimal degree.

Our proprietary rating system also evaluates each stock based on eight distinct categories. PATH has a D grade for Value. The company's higher than industry valuation is consistent with the Value grade.

Among the 25 stocks in the F-rated Software – SAAS industry, PATH is ranked #23.

Beyond what I have stated above, you can view PATH ratings for Growth, Momentum, Stability, Quality, and Sentiment here.

The rising demand for robotic process automation for automating repetitive processes has boosted the growth of major automation companies like PATH. However, the stock's lofty valuation and increased competition from established companies have raised concerns about its prospects. Therefore, we believe the stock is best avoided now.

How Does UiPath Inc. (PATH) Stack Up Against its Peers?

While PATH has an overall D rating, one might want to consider its industry peers, MiX Telematics ADR (MIXT), The Sage Group Plc (SGPPY), and Descartes Systems Group Inc. (DSGX), which have an overall B (Buy) rating.

The post Should You Buy Automation Company UiPath Following the Stock's More than 70% Drop appeared first on StockNews.com