Should You Scoop Up Shares of Uber Under $25?

Currently trading at less than $25, the shares of leading ride-hailing company Uber Technologies (UBER) declined nearly 2% in price in premarket trading on news that the company's CEO intends...

By Pragya Pandey May 10, 2022
This story originally appeared on StockNews

Currently trading at less than $25, the shares of leading ride-hailing company Uber Technologies (UBER) declined nearly 2% in price in premarket trading on news that the company's CEO intends to cut spending and reduce hiring. So, with this development in mind, let's evaluate if it's worth betting on the stock?.

Headquartered in San Francisco, Uber Technologies Inc. (UBER) operates in four segments: Mobility; Delivery; Freight; and Advanced Technologies Group (ATG) and Other Technology Programs. UBER and Albertsons Companies, Inc. (ACI) recently announced an extension of their relationship to encompass more than 2,000 of the grocer's banner shops nationwide through Uber Eats, including Albertsons, Safeway, Jewel-Osco, ACME, Tom Thumb, Randalls, and others. Uber Eats will now have roughly 800 more locations due to this expansion.

Furthermore, its shares were down on Monday, outpacing the wider Nasdaq market, following news that the ride-hailing company may restrict recruiting and cut its spending on marketing. Rising driver expenses, exacerbated in part by rising gasoline prices and one of the tightest labor markets on record, are eroding the company's earnings. 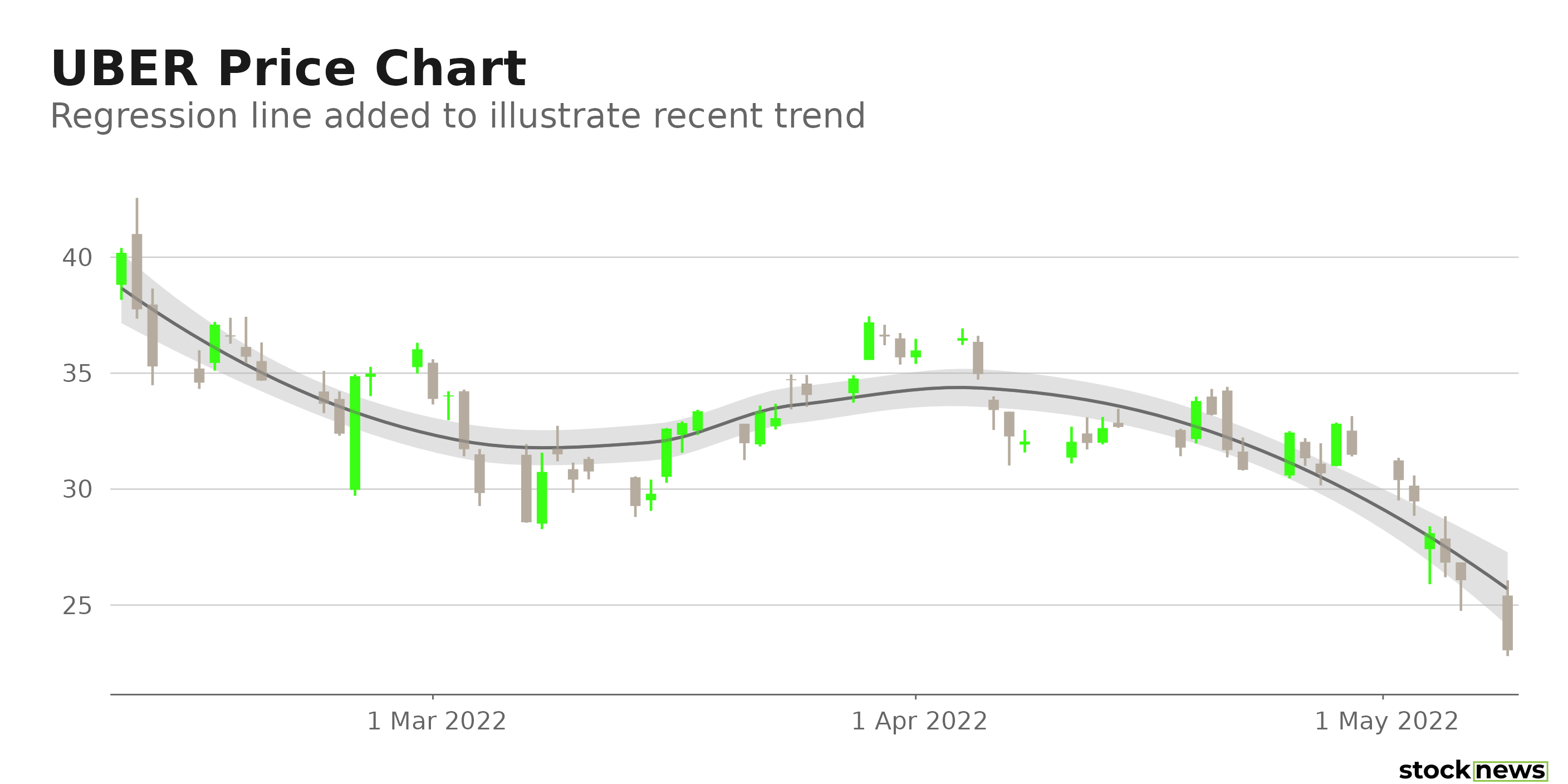 Here is what could shape UBER's performance in the near term:

Cuts Costs and Slows down Hiring

UBER declined 2% in premarket trading Monday after CNBC reported that the ridesharing and the food-delivery business intends to decrease marketing and incentive spending and freeze recruiting, citing an email sent to employees on Sunday by CEO Dara Khosrowshahi. "It's clear that the market is experiencing a seismic shift, and we must respond accordingly," Khosrowshahi said in an email to CNBC. The firm will now focus on free cash flow as a profitability metric rather than adjusted EBITDA, which is a modification of an already adjusted statistic that is frequently cited as a measure of success by unprofitable enterprises.

UBER has an overall D rating, which equates to Sell in our proprietary POWR Ratings system. The POWR ratings are calculated by considering 118 distinct factors, with each factor weighted to an optimal degree.

Our proprietary rating system also evaluates each stock based on eight distinct categories. UBER has a D grade for Stability and Value. The 1.31 stock beta  is consistent with the Stability grade. In addition, UBER's higher than industry valuation is in sync with the Value grade.

Of the 81 stocks in the C-rated Technology – Services industry, UBER is ranked #63.

Beyond what I have stated above, one  can view UBER ratings for Growth, Momentum, Quality, and Sentiment here

While Uber reported a larger-than-expected first-quarter loss of $3.04 per share, most of which was attributed to accounting adjustments related to the group's investments in China-based ride-hailing company Didi Global (DIDI), the business is struggling to keep up with escalating costs. Also, analysts expect its EPS to decline 126% in the current year. Furthermore, considering its premium valuation and poor profitability, we think the stock is best avoided now.

How Does Uber Technologies Inc. (UBER) Stack Up Against its Peers?

While UBER has an overall D rating, one might want to consider its industry peers, PC Connection Inc. (CNXN), Celestica Inc. (CLS), and Information Services Group Inc. (III), which have an overall A (Strong Buy) rating.

The post Should You Scoop Up Shares of Uber Under $25? appeared first on StockNews.com