Does Upstart Holdings Deserve a Place in Your Portfolio?

Upstart Holdings (UPST) reported impressive first-quarter results. But the company slashed its full-year growth forecast and is expected to suffer from the current macroeconomic uncertainty. So, let’s find out if...

By Nimesh Jaiswal May 12, 2022
This story originally appeared on StockNews

Upstart Holdings (UPST) reported impressive first-quarter results. But the company slashed its full-year growth forecast and is expected to suffer from the current macroeconomic uncertainty. So, let’s find out if it is wise to buy its shares now on their dip in price. Read on.

However, the company cut its full-year revenue forecast to $1.25 from $1.40 billion on concerns about declining lending activity due to aggressive interest rate increases and rising default rates.

Atlantic Equities downgraded UPS to Neutral from Overweight and lowered the price target from $245 to $45, owing to the company's use of the balance sheet to supplement loan origination. The stock has declined 68.8% in price over the past month to close yesterday’s trading session at $28. In addition, it is currently trading 93% below its all-time high of $401.49, which it hit on Oct. 15, 2021. So, UPST’s near-term prospects look bleak. 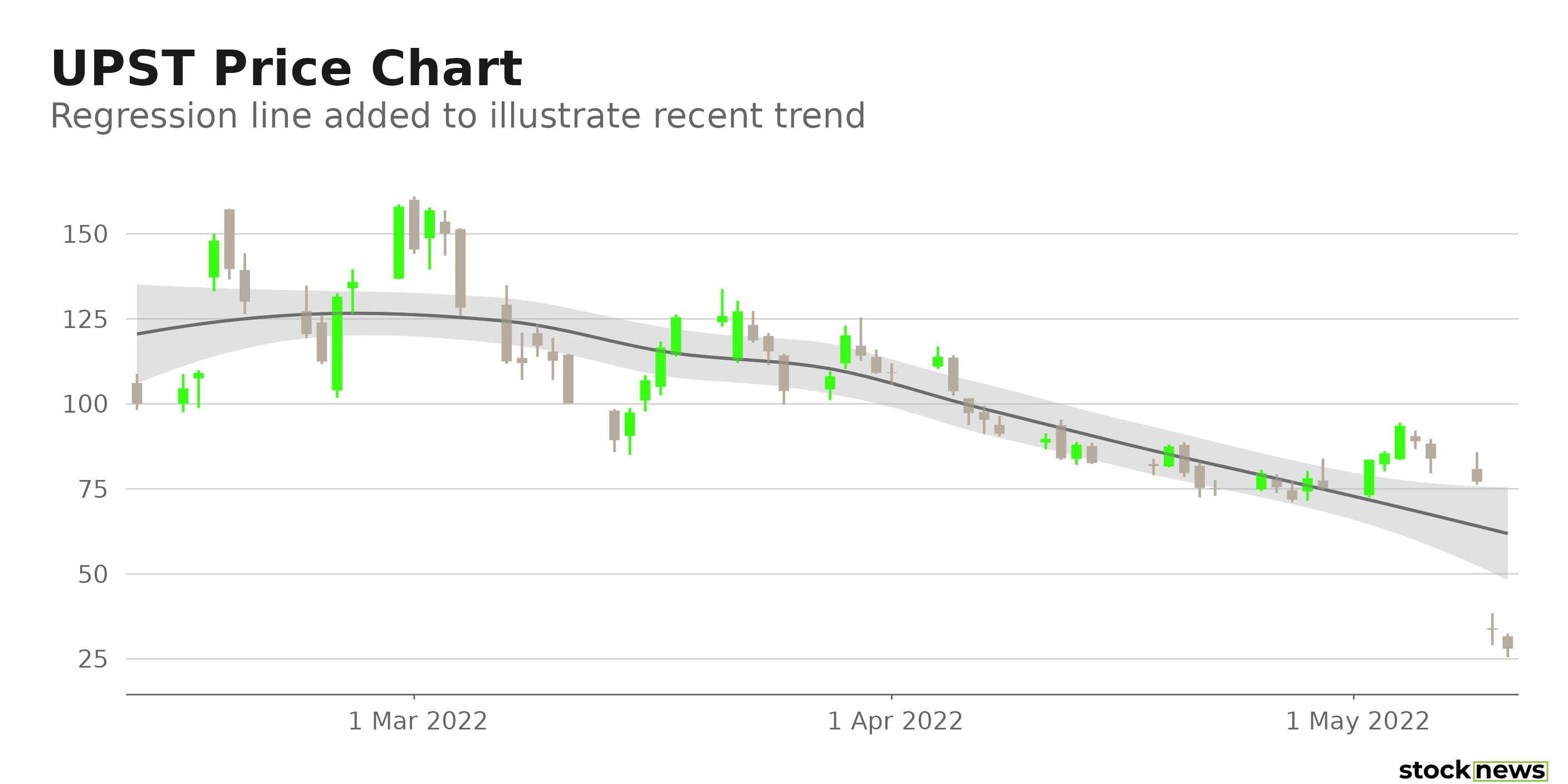 Here is what could influence UPST’s performance in the coming months:

UPST has an overall D rating, which equates to Sell in our POWR Ratings system. The POWR Ratings are calculated by accounting for 118 distinct factors, with each factor weighted to an optimal degree.

Our proprietary rating system also evaluates each stock based on eight distinct categories. UPST has a C grade for Quality, which is in sync with its lower-than-industry profitability ratios.

The stock has a D grade for Momentum, which is consistent with its 88.6% loss over the past six months and 81.5% decline year-to-date.

UPST is ranked #82 among 105 stocks in the D-rated Financial Services (Enterprise) industry. Click here to access UPST’s ratings for Value.

UPST is currently trading below its 50-day and 200-day moving averages of $97.52 and $179.64, respectively, indicating a downtrend. Moreover, its stock  could continue declining in the near term due to heightened macroeconomic fears. Because the stock looks overvalued at the current price level, we think it best to avoid it now.

How Does Upstart Holdings (UPST) Stack Up Against its Peers?

While UPST has an overall POWR Rating of D, one might want to consider investing in the following Financial Services (Enterprise) stocks with an A (Strong Buy) or B (Buy) rating: Forrester Research, Inc. (FORR), Everi Holdings Inc. (EVRI), and Consumer Portfolio Services, Inc. (CPSS).

Nimesh Jaiswal's fervent interest in analyzing and interpreting financial data led him to a career as a financial analyst and journalist. The importance of financial statements in driving a stock’s price is the key approach that he follows while advising investors in his articles.

The post Does Upstart Holdings Deserve a Place in Your Portfolio? appeared first on StockNews.com