Is Comstock Resources a Good Oil & Gas Stock to Own in 2022?

Shares of oil and gas exploration company Comstock Resources (CRK) have rallied nearly 160% in price over the past year on the back of surging energy prices. However, given that...

By Pragya Pandey May 12, 2022
This story originally appeared on StockNews

Shares of oil and gas exploration company Comstock Resources (CRK) have rallied nearly 160% in price over the past year on the back of surging energy prices. However, given that JP Morgan recently cut its global oil demand forecast for 2022, would it be worth adding the stock to one’s portfolio now? Read on. Let's find out.

Its shares have gained 160.6% in price over the past year and 81.3% year-to-date to close yesterday's trading session at $14.67. Soaring oil and gas prices have contributed to the stock's price rally.

Also, CRK announced the early redemption of its outstanding 7.50% senior notes due 2025. The outstanding aggregate principal amount of the notes is $244.4 million. They will be redeemed in full on May 15, 2022, funded by cash on hand and borrowings under the company's revolving credit facility. 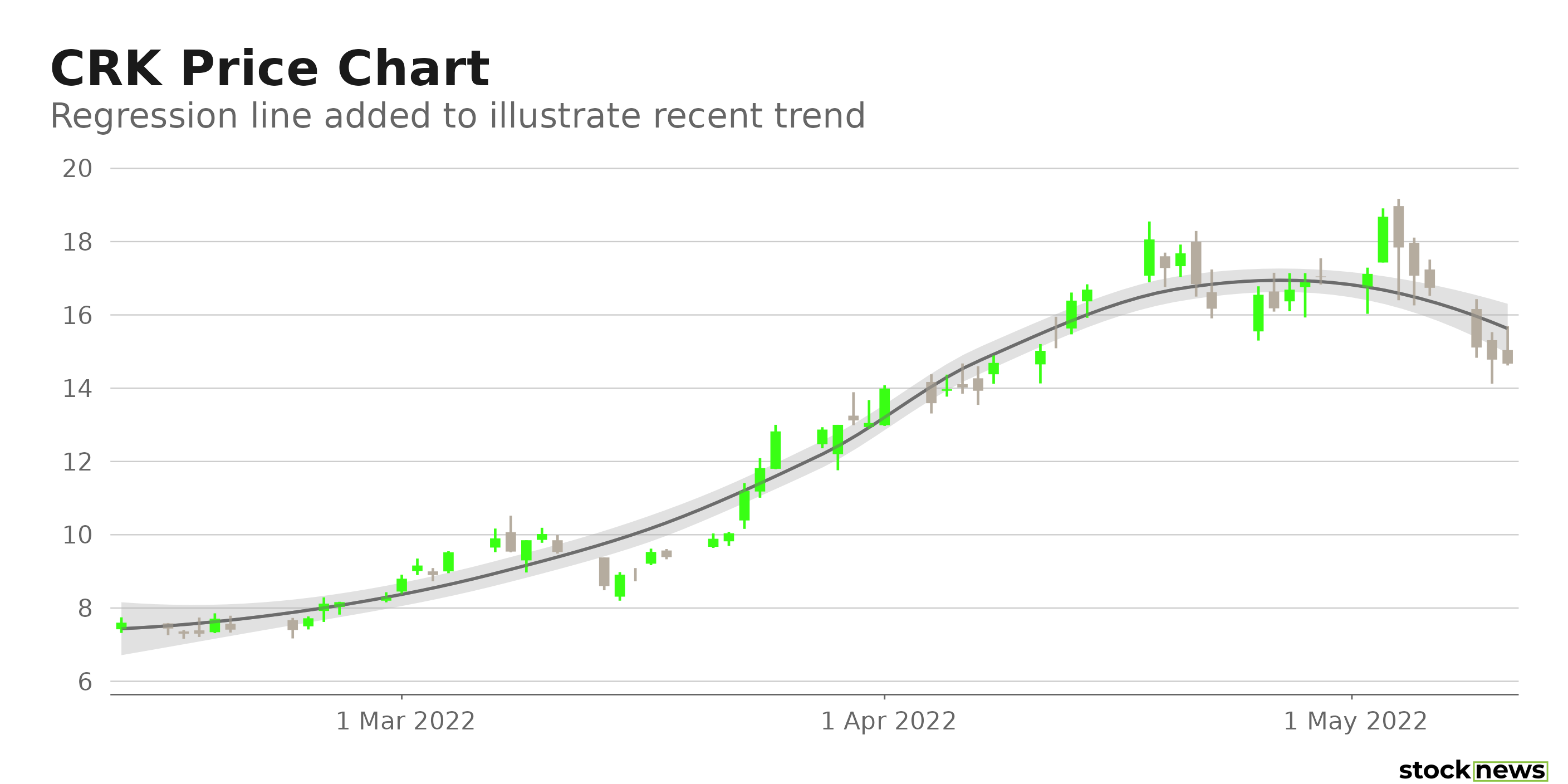 Here's what could shape CRK's performance in the near term:

CRK has an overall C rating, which equates to a Neutral in our proprietary POWR Ratings system. The POWR ratings are calculated by considering 118 different factors, with each factor weighted to an optimal degree.

Our proprietary rating system also evaluates each stock based on eight different categories. CRK has a D grade for Stability and a C for Quality. The stock’s 1.30 beta is in sync with the Stability grade. And the company's mixed profitability is consistent with the Quality grade.

Beyond what I've stated above, one can view CRK ratings for Growth, Momentum, Value, and Sentiment here.

CRK has exhibited robust momentum over the past year and has met analysts' expectations in its recent earnings release. However, analysts expect its revenue to decline by 1.4% in the current year. In addition, an anticipated slowing in oil and gas demand in the coming months could impact the company's growth prospects. So, we believe investors should wait before scooping its shares.

How Does Comstock Resources Inc. (CRK) Stack Up Against its Peers?

While CRK has an overall C rating, one might want to consider its industry peers, Unit Corp. (UNTC), Adams Resources & Energy Inc. (AE), and Whitecap Resources Inc. (SPGYF), which have an overall A (Strong Buy) rating.

The post Is Comstock Resources a Good Oil & Gas Stock to Own in 2022? appeared first on StockNews.com