The Lubbock couple, Jared and Kristi Owns, packed their bags on the night of Sept. 25, intending to leave their dog, Icky, and kids at home with Kristi's mom. But at the airport the next day, upon opening their suitcase, there she was: Icky, burrowed snugly inside Jared's cowboy boot.

What started as a Texas couple's getaway to Las Vegas led to a hilarious surprise at the Southwest Airlines luggage counter—when they opened up their bag and found a stowaway Chihuahua inside.

The Lubbock couple, Jared and Kristi Owns, packed their bags on the night of Sept. 25, intending to leave their dog, Icky, and kids at home with Kristi's mom. But at the airport the next day, Jared noticed his bag seemed unusually heavy.

"I told Kristi, I think this thing's gonna be real close," Jared told The Epoch Times. "It Just felt that way. … Sure enough, I think it was five and a half pounds overweight." 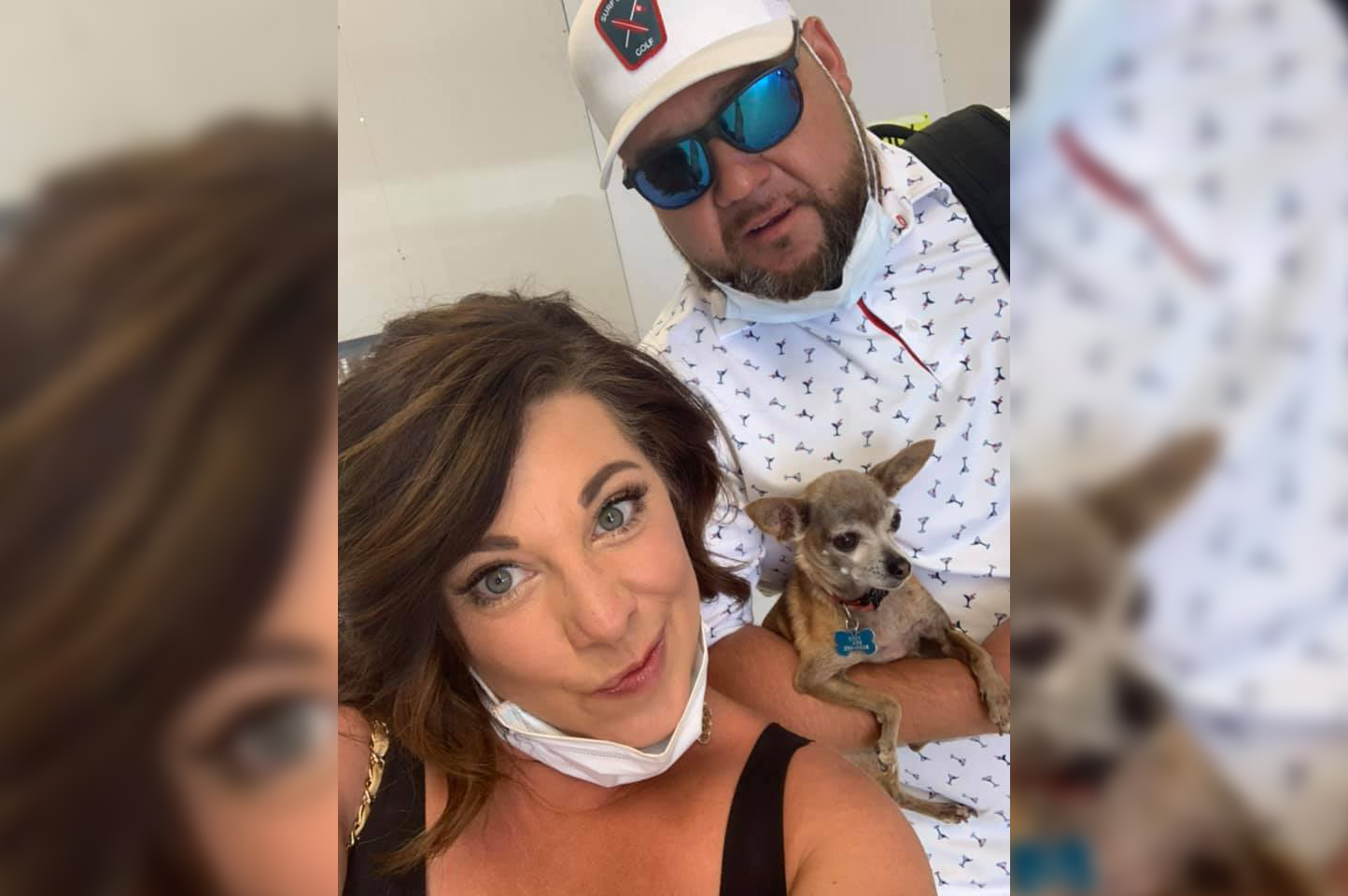 Southwest Airlines employee Cathy Cook suggested they open up the bag to shift some things around and see what they could carry in Kristi's makeup bag. Upon opening the suitcase, to their surprise, there she was: Icky, burrowed snugly inside Jared's cowboy boot.

"Everybody was shocked," Jared said. "All the other Southwest employees that were checking bags stopped what they were doing and came over. We're worried that Southwest was going to think we were trying to take our dog.

"This was a vacation, a romantic getaway for the two of us. We didn't want our dog there." 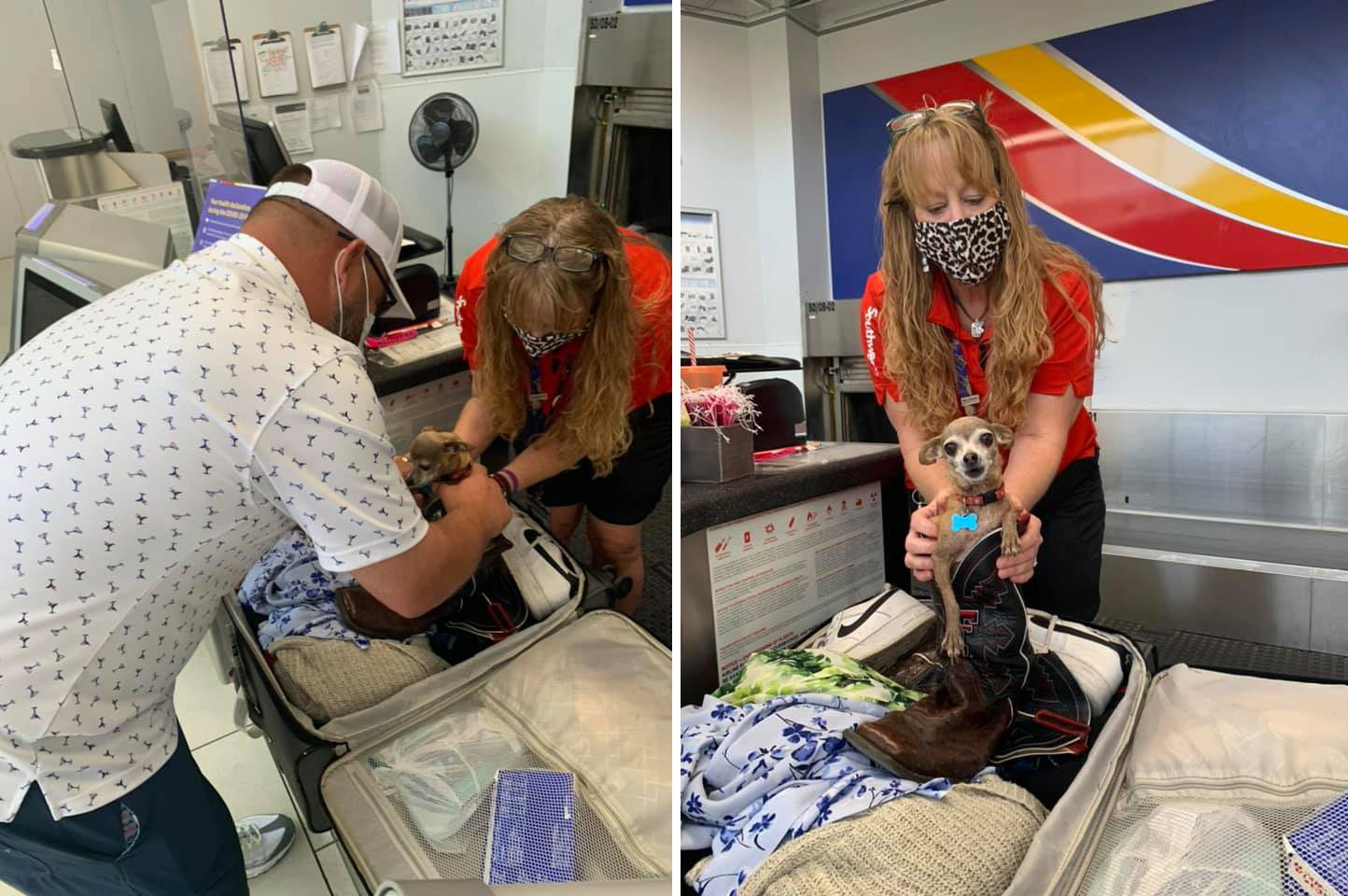 After finding Icky, they faced a dilemma as they couldn't board the plane with their dog. That's when Cathy kindly volunteered to look after her so the couple would not miss their flight.

"She was like, "I will watch her over the weekend. I've been here 25 years,' saying, "I'm not going anywhere,'" Jared recalled. "She was such a kind person."

But Jared saved her the trouble and arranged for his uncle to pick the Chihuahua up from the airport and deliver her safely back home. And the Owens were sped on their way—but not before snapping a few adorably hilarious photos of the surprise unboxing of Icky, which they later posted on Facebook. 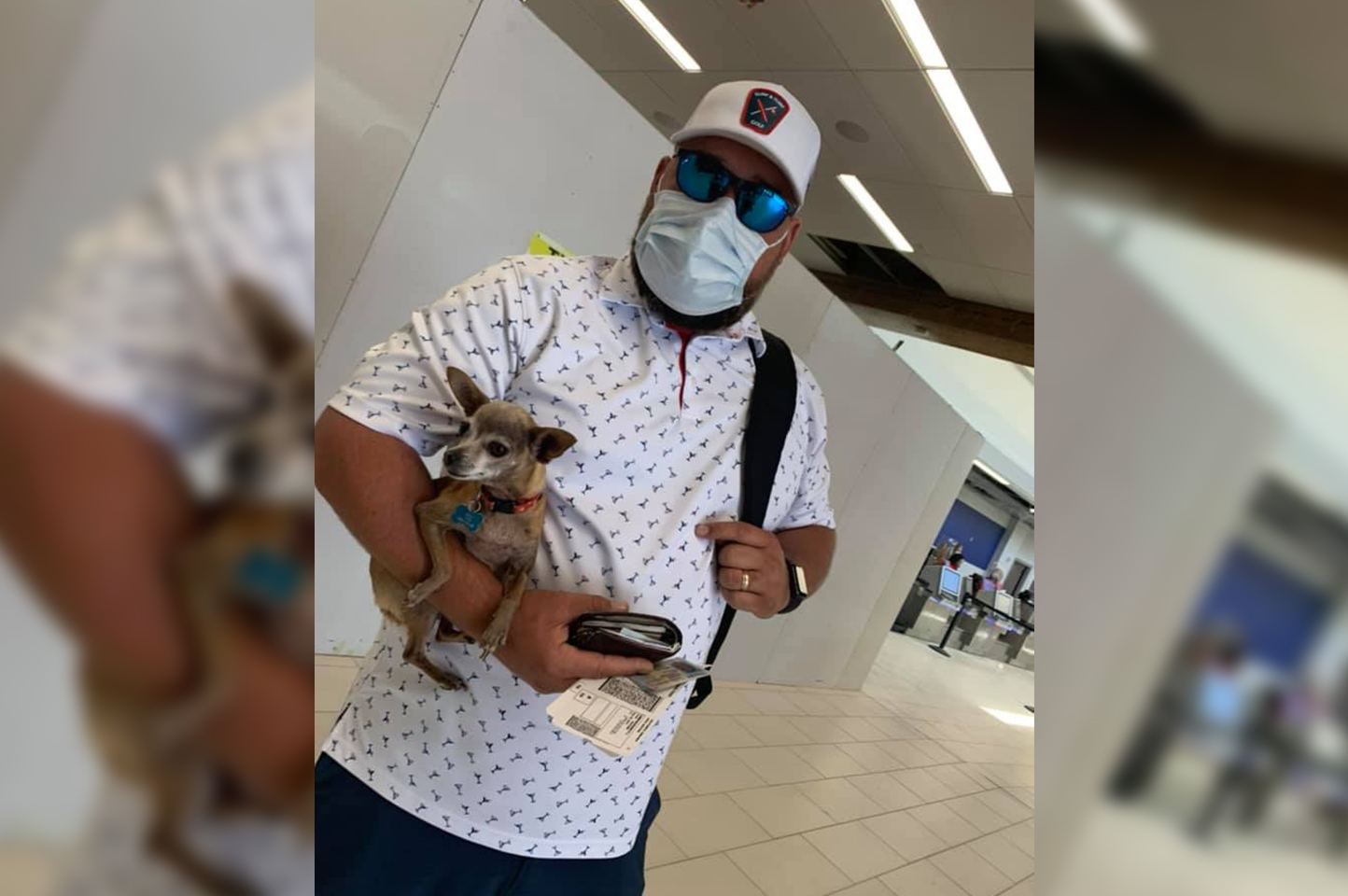 The couple went on their trip, and returned to their dog and kids.

"It's all good, people laugh. Ninety percent of it is all good people laughing," Jared said. "We've seen some people on our Facebook page … that think that it's not real, that we did it on purpose, or that we're just negligent." 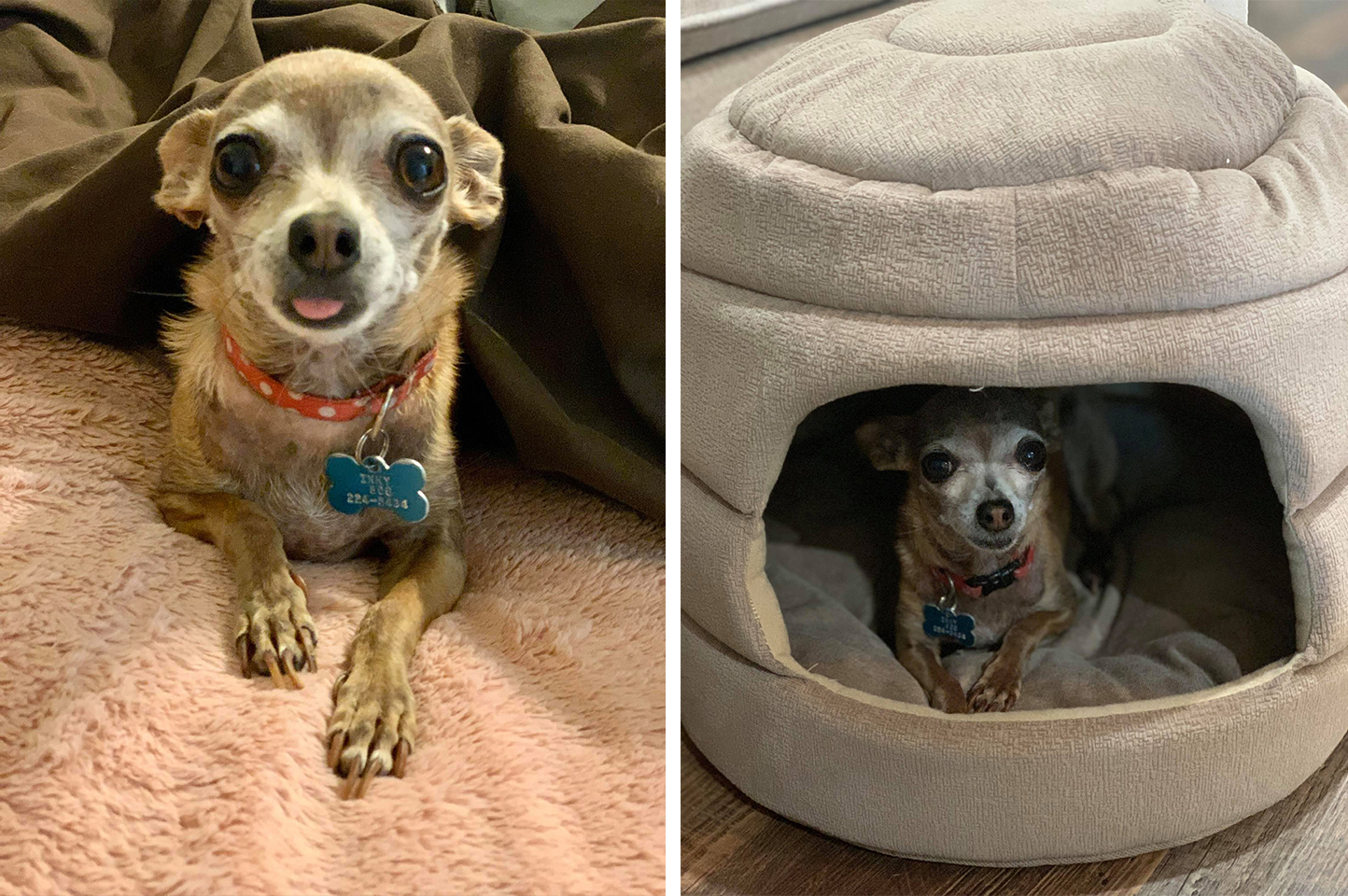 Around the house, Icky is known as "the burrower," he added, because of the way she likes to find blankets or piles of laundry to cuddle up into, rendering herself missing in action for periods of time.

He said, "For the most part, people think it's hilarious."

But the Owenses are just glad Icky was okay.

It was a funny story, but it could have been a lot worse. Jared added, "Had my bag not been overweight, chances are we got to Las Vegas and yeah, you know, bad news." 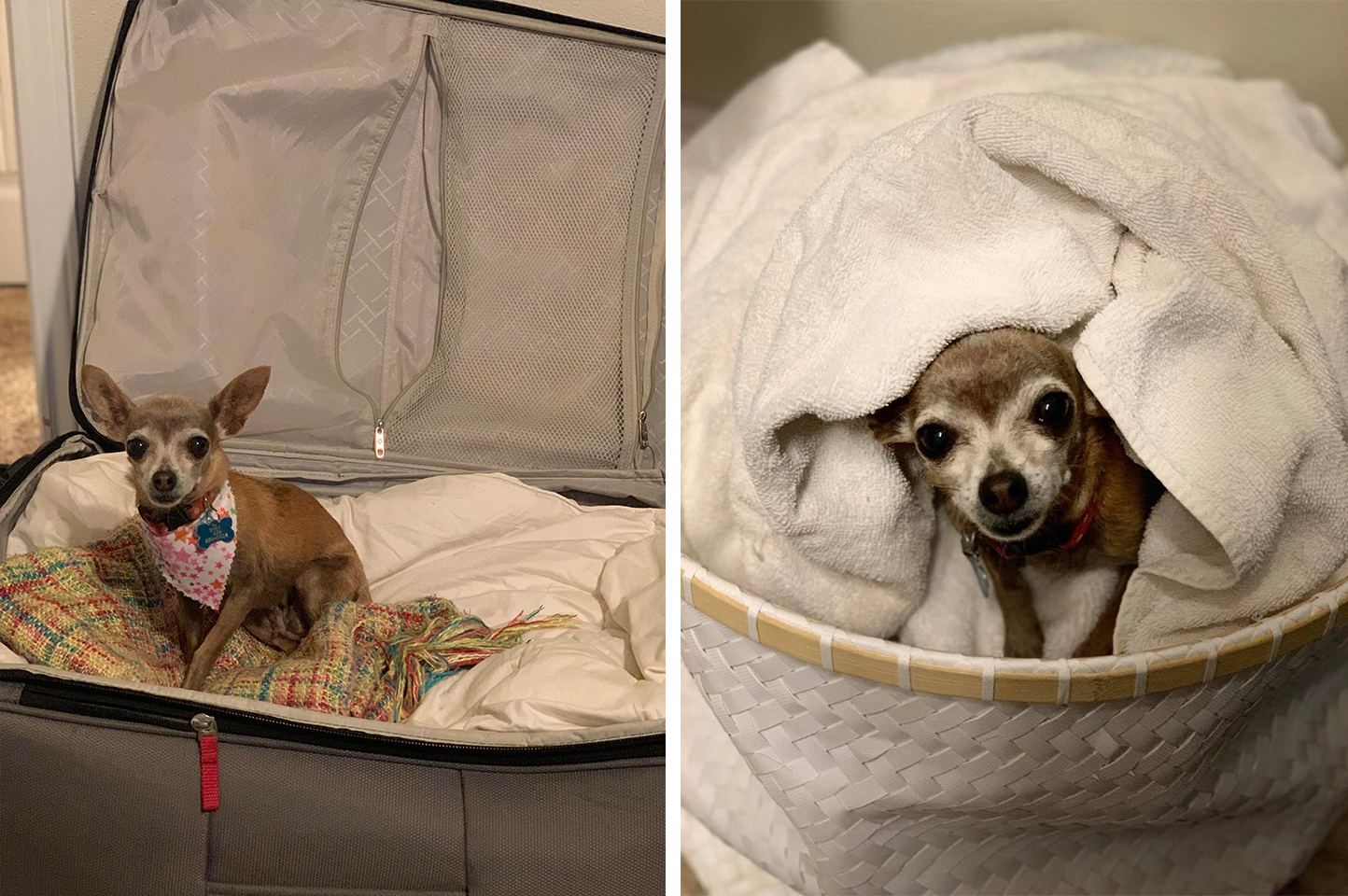 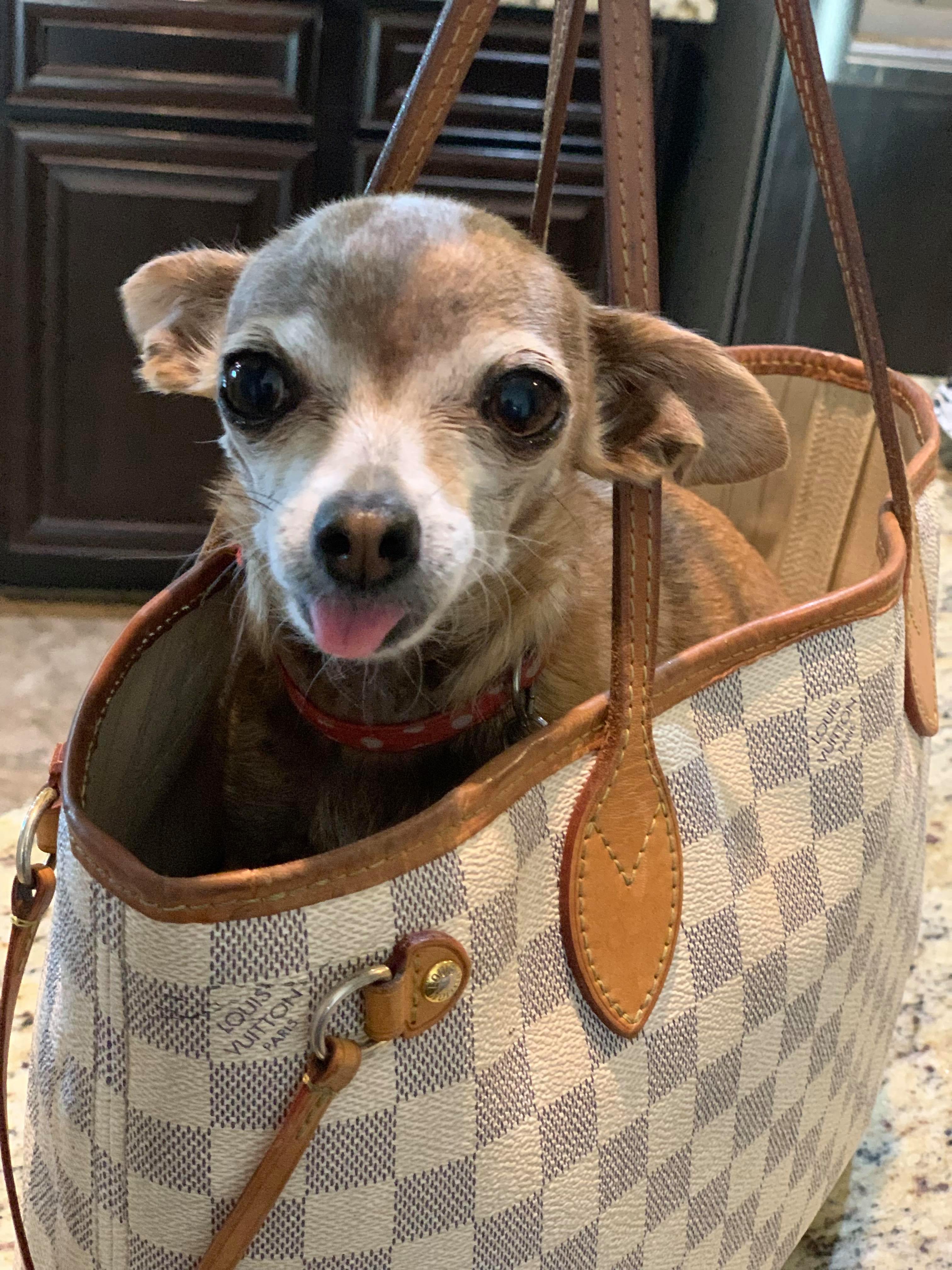